Share All sharing options for: Georgetown's Class of 2012 Recruiting Targets: The Wings

Yesterday, we discussed Georgetown's recruiting targets at guard and today we take a look at the crop of 2012 wing prospects. I don't really feel like this is especially a position of need with the Hoyas loading up on wings in the 2011 class and the 2013 class having tons of great wings. That being said, there are some quality wing prospects that Georgetown is recruiting that would be worth adding. 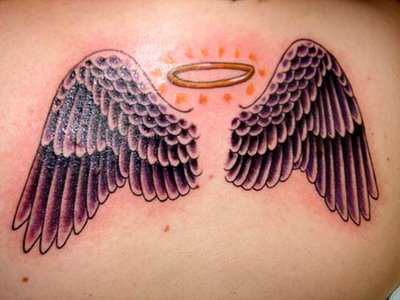 All of the wing prospects we are currently recruiting are top 100 prospects overall, so we can't really go wrong by landing any one of them. However, I also don't think it would be a huge loss if we did not get any given the current roster.

More on The Wings after The Jump:

A versatile, high energy player who is on the rise in the national rankings. I think he would be a very solid addition. I'd be a lot higher on him if we weren't so loaded at his position, but he's local playing at Episcopal which is a plus.

Arnaud is productive in so many areas and it all starts with the high motor he plays the game with every time he steps out on the floor. He's a versatile small forward on the perimeter with long arms and tremendous athleticism. In the transition game he finishes using his explosiveness. Offensively, he's a slasher and a solid shooter to 20 feet. Moto's a kid who is wired to score. He's also a great rebounder for his position with the ability to run with the ball and lead the break as long as his decisions stay solid. Watch his defense because he loves to defend and is capable of doing it almost anywhere on the court.

Another local recruit, this time from DeMatha.  Apparently the evildoers at Cuse are coming on strong in his recruitment and Notre Dame is also really interested. Not sure how interested Georgetown is since I think we just have too many similar players right now.

A skilled offensive player, Grant is capable of scoring in a variety of different ways. He can score off the dribble against taller defenders or simply face-up smaller and quicker players. He must get stronger and improve on the defensive end, but a good looking prospect in the frontcourt.

He goes up high to get rebounds and has great bloodlines as his father and uncle played in the NBA. We like him as a potential face-up four man with the ability to get things done with his length and skills around the rim.

Most likely heading to NC State due to the connection through his father and the fact that the new coaching staff is making him a priority. Has drawn comparisons to a taller Austin Freeman for whatever that's worth.

Sometimes it can look like Warren is coasting, but he has a great skill set. A wing with a thick strong body, Warren can really shoot it from deep and knows how to create for himself despite not being a superior athlete for the position. He's also starting to develop a mid-range game and he has great touch on his pull-ups and floaters.

T.J.'s a big, versatile wing player who knows how to use his body like a savvy veteran creating off the dribble from the wing. He moves well without the ball and utilizes screens to free himself; after the catch he has a great shot fake and drive. He has a knack for drawing contact and has a nice touch from the free-throw line. He prefers to shoot it off the catch. Sneaky athlete with good size and has consistently gotten taller with each passing high school season. Mix in the fact that his father played college ball (NC State '74-'76) and you have a good player with college genes. Intelligent player, has the ability to carry a team.

Seems like a PF in a SF's body. Hard working blue collar player. Doesn't have the jumpshot to operate on the perimeter in the Princeton offense and lacks the height to bang in the post in the Big East.  Might not be the best fit for Georgetown.

Howard is your typical super athletic, run and jump combo forward. He can put it on the floor and get to the hoop with the best of them. He's at his best when being guarded by other PF's who can't check him because of his quickness and athleticism. Scoring-wise, he's best inside 12 feet. Great finisher at the rim. Good ball handler and rebounder for his size. He can be a dynamic defender as well. He plays hard and is productive.

Hunt approached his final spring with something to prove and he's tracking as a Top 100 national prospect. An above average athlete with a burgeoning skill set and definite toughness, he's a multi-year high-major starter.

Seeming less and less likely. Kirby got us involved but I'm not optimistic about pulling him away from the SEC. Kentucky, Alabama, or Mississipi State would be my guess.

Pollard is a long lean pogo stick who continues to improve his game. Right now his strength lies in his athleticism both around the rim and in the open floor. He reminds us of Travis Outlaw because he gets off the floor like he's shot out of a cannon. The lefty finishes balls around the rim both right handed and left handed with frequency leaving you feeling like he is ambidextrous. His pull-up jumper is nearly impossible to defend. He loves to attack in transition and you see the fluidness of his game as he finishes over defenders with ease. Defensively, he has uncanny timing to block shots and quickness off the floor. He often is off the floor a second and third time before his opponent can.

UCLA and USC are very high on him and he'll most likely end up at one of those two schools.

Smooth wing that can score on the break and in the half court by getting to the rim and taking advantage of his size or showing off his nice middle game. Johnson finds a way to use his strengths to be productive. He must be more effective on the offensive glass. Due to his work ethic and physical attributes look for Johnson to climb the recruiting charts during the up and coming spring (2011) evaluation period.

An improving prospect.  I think he's a high major prospect, but I don't think he ends up here.

White is an active wing that plays more like a small forward than a shooting guard at this point but as he improves his range could easily excel at both positions. He runs the outside lane in transition and is a good spot up shooter with time. White also has an excellent mid range game where he can knock down shots off the catch and the dribble. He can slash to the rim with a couple of strong, straight dribbles.

Again I'm not sure how hard we're pursuing any of the wing prospects. The staff's main focus appears to be on the guards in 2012, as well it should be. I think the most likely scenario is we sign none of the listed prospects above, though if Georgetown decides to add a wing I think Moto is the one we're most likely to sign.

Tomorrow we take a look at the big men in the class of 2012, and since Georgetown is Big Man U and I'm marvelously entertaining, I hope you'll check it out.