According to Inside Hoops, the New Orleans Hornets have signed former Georgetown Hoya Patrick Ewing Jr. for the remainder of the season.  The website reports:

The New Orleans Hornets announced today that they have signed forward Patrick Ewing Jr. for the remainder of the 2010-11 season. Per team policy, terms of the deal were not disclosed.

Ewing, who has appeared in three games thus far for the Hornets, signed his first 10-day contract with the club on March 27th. 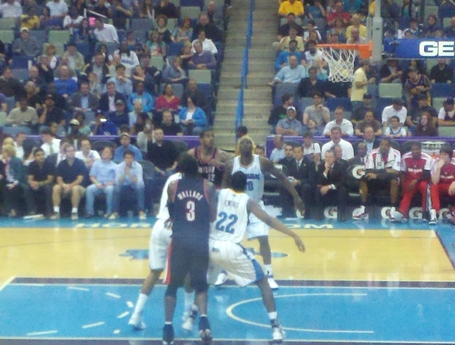 Though Ewing's minutes thus far have been limited, it is possible that should the Hornets clinch a playoff spot this week that he could see extended time in the season's final games.

He is the fifth Georgetown forward/center under John Thompson III to receive a full-time spot in the NBA.  Congrats to Ewing Jr.