The recap below submitted by loyal casualty iwillpaytheway!!, whose excellent summary complete with documentation earns him an Otto Porter bobblehead doll. 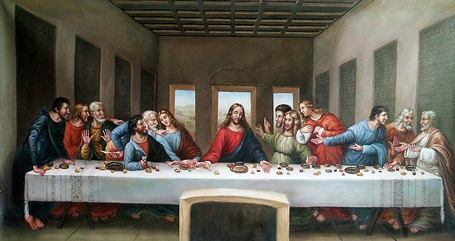 The banquet started with a speech from Hoop Club President Al Bozzo, who recapped our season perfectly. He said it was a season filled with highs and lows. Awesome. He said it is disappointing that we have had to face injury or illness problems at the worst possible time the last 2 seasons, and that our last 2 opponents this year caught their strides at our expense. Both valid points. He also wanted to make it clear that we won't remember this senior class for their wins or their losses, but for their resilience, and their ability to over come obstacles.

Recap and documentation after The Jump:

After Assistant coaches Brennan and Kirby spoke, thanking several people for their dedication to the program, they played the season highlight video. It was very subpar as compared to years past. It had a brief intro from Rich Chvotkin, followed by cheesy headlines that happened throughout the season. Some good ones were "An Instant Classic" for Missouri, "A clinic in Memphis," "New Jersey road swing" for Rutgers and Seton Hall, "A classic rivalry" for Cuse, and "Let's make it 8" for Marquette. The last game of the season was apparently against Marquette because after that game it started thanking the seniors for their 4 years here. I guess it was too soon to mention losses.

Georgetown President John DeGioia then spoke. He wanted to thank the 177,000 fans that filled Verizon Center this year, the Hoya Hoop Club, Athletic Director Lee Reed for his leadership in his first year, the coaching staff, and the team. He said that this team is the public face of Georgetown, and they have represented the school with integrity and pride, and that they have strengthened our global network. (No mention of the GLOBAL PHENOMENON) He also looks forward to extending our global outreach as the team will be in China for two weeks playing exhibition games, as well as doing charity work in an attempt to continue to strengthen our global community.

Coach Hunter introduced each player individually and gave some comments about each. Here we go.

After some more thank-yous were thrown out, JT3 took the podium, introducing his 4 seniors for each of their speeches. Dougherty was first, saying he wanted to be brief because he knew Austin had a lot to say. He also wanted to point out that while he didn't play all that often, whenever he did play we won by 20 points. He was by far the best public speaker of the 4 players.

Julian also thanked everyone, and even though he was a transfer, it still seemed like the time went by so fast. He too mentioned the global outreach of the program (again not THE GLOBAL PHENOMENON). He also mentioned Big John's constant influence on the team, saying that he doesn't coach anymore, but he is never afraid to put in his 2 cents, and those two cents often involved a lot of cursing.

Next up was Chris who did not have a speech prepared, but told a story of how he was recruited. He was first approached by JT3 in 10th grade, but really wanted nothing to do with Georgetown, but after encouragement from his father he decided to come here. Even though his time here has been filled with ups and downs he said "I am proud to say I'm a Hoya."

Finally Austin took the podium saying "If you don't know, I have done this before. Didn't you all see the Big East media day stuff? They say I am like a young Barack." The resemblance is uncanny.

Then, finally, JT3s speech. It was surprisingly short. He wanted to thank his assistant, Mary Jane Cratty, who is leaving this year. She has been his assistant ever since his first year at Princeton, and he can't imagine being a head coach without her. His speech was short but sweet: "A new era starts now, it starts tomorrow. I'm excited, the team is excited. We are Georgetown."

But how could we forget the most important part of the evening: the food! 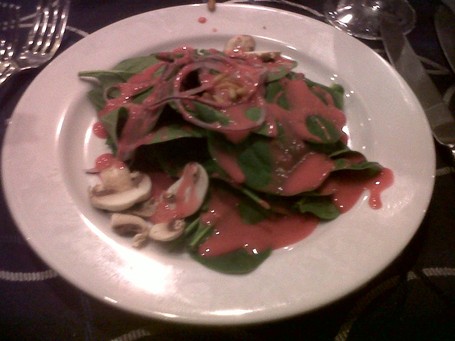 We started with salad with fresh spinach, mushrooms, onions, sunflower seeds, and some sort of rasberry or strawberry dressing that was absolutely delicious. 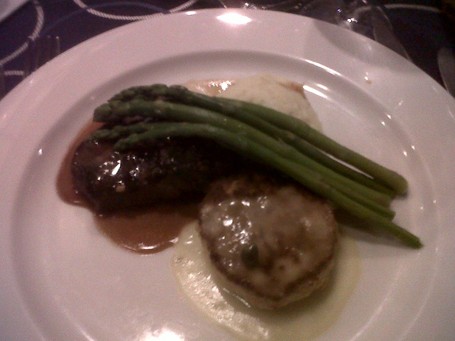 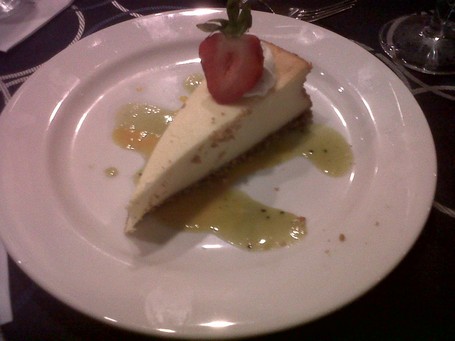 For desert we had a delectable piece of cheese cake, and the presentation should be praised. All in all, a great meal. 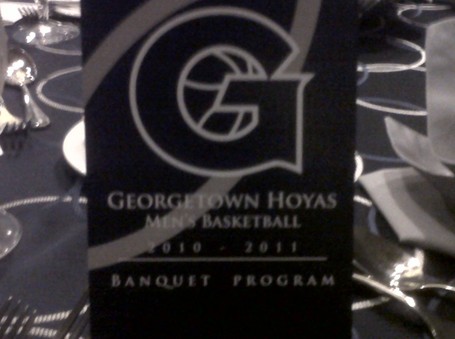 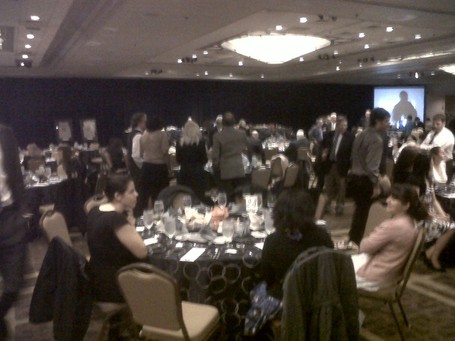 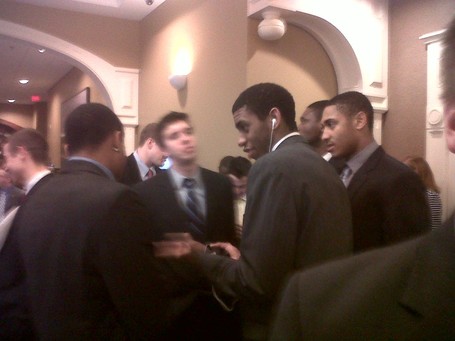 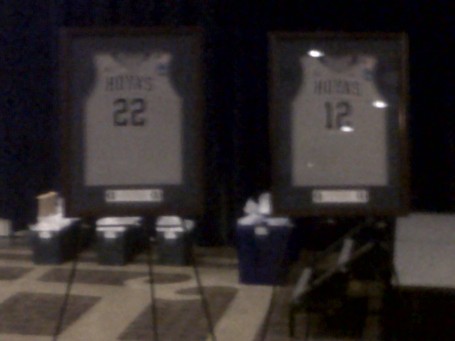 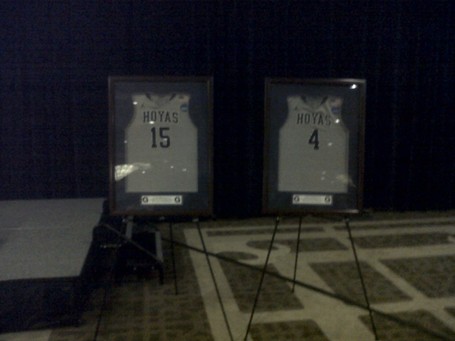