Sleeping With The Enemy: The Bearcats of Cincinnati, Round 2

Share All sharing options for: Sleeping With The Enemy: The Bearcats of Cincinnati, Round 2

Finally, the blog HAS COME BACK...to basketball!  Georgetown travels to Cincinnati to take on the Bearcats on Saturday in a game that has mondo implicaciones for the Hoyas' seeding in the Big East Tournament and perhaps the Big Dance as well, and as usual we here at THE GLOBAL PHENOMENON are telling you everything you need to know about Georgetown's next opponent.  Special thanks once again to Down The Drive, the bi-winning Bearcats blog, for providing answers to our intriguing questions.  This Bud Light is for you.  It is with great sadness that I bring you the final Sleeping With The Enemy feature of the regular season.  Cry me a friggin' river. 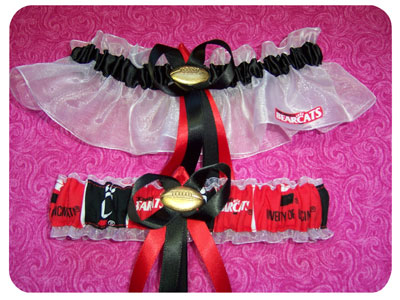 How does it feel to know that one of your fat players broke Chris Wright's hand and screwed up our season?

Obviously injuries suck, and you never want to see them happen to an opposing team. That being said I have a hard time calling Cashmere Wright, all 6 foot 160 pounds of him, fat.

Is Cincinnati in the tournament with their resume right now?  If not, how far do they need to go in the Big East Tournament?

I think UC is in right now.

The non-conference schedule isn't great, it is still a great punchline for those among us willing to set up the joke.  But how many teams competing for those last few at-large bids have 4 RPI top 25 wins and no bad losses? The Bearcats are assured a .500 record in the Big East and that should be enough considering just how great this conference has been and how down some of the traditional big boys have been this year.  I think one more win does it, and it shouldn't matter if that win comes in one of these last two games or at the Garden.

I thought Yancy Gates was a headcase and incapable of putting together strong performances.  And then he DESTROYED us.  Are you expecting him to continue to contribute down the homestretch?

Yancy Gates is headcase and he is also imminently capable of putting up strong performances. When he wants to, Yancy can be the best power forward in the conference, but he doesn't always want to put in the work to do that. He has had some dominating performances this year, he absolutely destroyed Xavier with 22 and 14 but he has had some games where he disappeared completely. Against West Virginia he had 7 points and 5 boards. I would like to think that Mick Cronin has manged through his decisions to light a permanent fire under his ass, but Yancy Gates is the human personification of the endless boom and bust cycles that define the economy.

If you could steal one player from another Big East team, who would it be?

It's a tie, either Ashton Gibbs or Kyle Kuric. The one thing that this team is currently missing is a knock down three point shooter.  There really isn't one on the roster right now.  It looked early in the season that Larry Davis was going to be that guy, but he has been on a 6 week long slide back to his career average.  Those shots are there for people, but lately the only guys knocking them down with any consistency are Sean Kilpatrick and Rashad Bishop.  Kilpatrick has that in his game but Bishop will start regressing to the mean at some point.

Kemba Walker will most likely be the highest NBA draft pick of any Big East player. Who is the second highest?

That's a tough call. The NBA scouts love size, but there isn't a ton of outright size in this conference.  I really like Marshon Brooks, I think he will be very good in the NBA but I am not sure how high he gets drafted.

How many Big East teams get into the NCAA tournament?  How many to the Sweet 16?

If you had to bet your life on it, who do you think wins it all this year?

Ohio State. I worry about their guard play a lot, and the lack of a true PG concerns me. Aaron Craft could be that guy but Matta seems reticent to just let him run the offense.

Wow, the Bengals are in disarray right now.  We're assuming Ocho isn't back, but what about Carson Palmer?  Who do they take in the draft?

I have to protest my ignorence about the Bengals, the NFL is not really my game and the Bengals are not really my team. That being said I have watched a ton of Bengals games during my years at UC (no choice but to) and as an outside observer of the team there are some things I never understood. Ochocino punched Marvin Lewis at halftime in a playoff game years ago and he is still on the roster. That could just be a rumor, but as someone who has stumbled across Ochocinco sleeping in a booth at IHOP at 4 in the morning before a game I am prone to believe most anything outrageous said about him. He is a malcontent, granted a very interesting and wildly entertaining one, but a malcontent nonetheless and he should have been gone a long time ago. As for Palmer I think he is done, he hasn't been close to the player he was before the knee injury. Bengals fans cling to him as if he is a life vest in a raging torrent but he just isn't that good and hasn't actually been as good as they remember him for at least the last two years.

Do you feel bad for what has happened in Cleveland?  Or do you laugh?

I laugh, but not for the reason you are expecting. See, while I went to UC and am knee deep in the sports scene in Cincinnati, I was born and raised 45 miles from downtown Cleveland and have been a Cleveland sports fan for as long as I can remember. As such I have been through some very shitty sports moments in my time: The Drive, The Fumble, The Shot, The Browns leaving, the 1997 world series, Shawn Kemp, The Browns coming back and being shit and of course The Decision. My relationship with professional sports has encompassed very little joy and catastrophic levels of pain. Confronted with that sort of history there are two options, you either laugh and move on and just be depressed all the time. I will admit to having tried both, but laughing seems to make it easier.

What is your favorite restaurant in Cincy and document the perfect order. 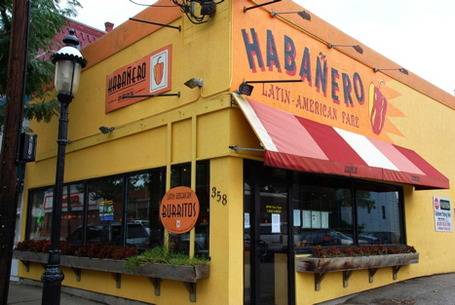 No downside to nice burritos at Habanero.  via www.buycincy.com

I am going to cheat and give two options. Restaurant 1: Penn Station East Coast Subs -  the order is a large Pizza Sub with everything but Mushrooms. You have to get the side order of fries and a mountain dew. The lunch of champions. Restaurant 2: Habanero - they do burritos, well that's what they do best but they have a pretty full menu of generally Latin American stuff. My order is a burrito with rice, steak, sour cream, cheese, onions, cilantro, green peppers, red peppers and hot sauce. The have good chips and salsa but that is a sporadic decision. (Casual Note: Chips and salsa should never be a sporadic decision.  Chips and salsa are ALWAYS casual.)

Who wins on Saturday?  What is the final score?

Well, last time I picked the Hoyas and that worked out well enough for UC so I am definitely going to do that again. Hoyas 65-60.

PLAY THE MARCH TO THE CHAMPIONSHIP GAME AND YOU COULD WIN A TRIP FOR TWO TO LAS VEGAS! LOOK FOR THE CODE INSIDE SPECIALLY-MARKED PACKAGES 12-PACKS OF BUD LIGHT ENTER CODE AT FACEBOOOK.COM/BUDLIGHT ----- No Purchase Necessary. Open to U.S. residents (except CA & TX) 21+. For a chance to win a Grand or First Prize, Game Period 1 begins 3PM CST on 2/14 & ends 3PM CDT on 3/18. For a chance to win a First Prize only, Game Period 2 begins 3:00:01PM CDT on 3/18 & ends 3PM CDT on 4/30. To participate, obtain a Code from inside specially-marked packages of Bud Light beer or to request a Code without purchase, visit budlight.com/freecode during a Game Period. Limit one (1) free Code request/day/person or email address. To play, text HOOPS to BEERS (23377) & follow prompts or visit budlight.com/freecode & follow instructions. See Official Rules inside package or at budlight.com/freecode for complete details. Void in CA, TX & where prohibited. Enjoy Responsibly – ©2011 Anheuser-Busch, Inc., Bud Light® Beer, St. Louis, MO