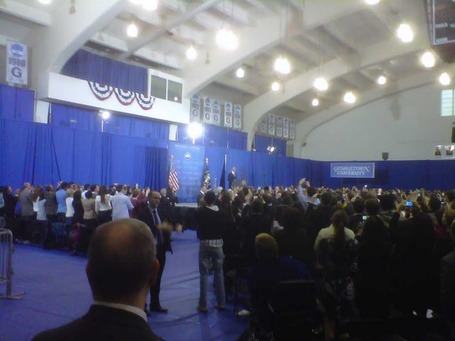 Obama at McDonough.  Yes, we promise that's him.

As you all know by now President Barack Obama was on campus today to discuss "Energy Security." But he addressed the real important issues of the day in his opening remarks.  Here are a few highlights:

"I want to start with a difficult subject," Obama said as he looked toward JT3. "The Hoyas had a tough loss, Coach. "I love Coach Thompson. I love his dad and the great tradition that they've had," Obama continued. "And it turned out VCU was pretty good. I had Georgetown winning that game in my bracket, so we're all hurting here. That's what next year is for."

Obama is now talking about the boring Energy stuff, so while he wraps up feel free to check out some casual documentation from our friends at the Georgetown Voice here.

Bonus Obama Pic after The Jump: 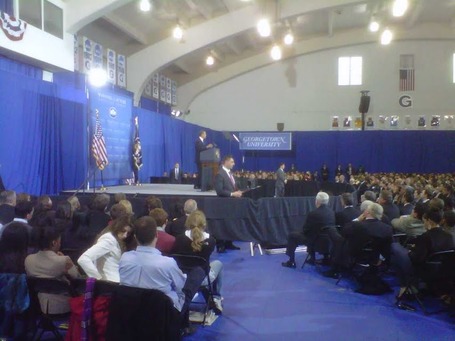