Letter to the Editor: Random Thoughts On Georgetown's Season And Reasons For Cautious Optimism

Share All sharing options for: Letter to the Editor: Random Thoughts On Georgetown's Season And Reasons For Cautious Optimism

As a lifelong Georgetown fan (I grew up in DC and came of age during the Ewing years), I discovered THE GLOBAL PHENOMENON last fall and have found it to be a fabulous waste of time (Casually). Like most of the regulars on your blog, I am disappointed by the way this season turned out. However, I am much less critical. In my opinion, between the raw talent on this team, the lack of bench strength (especially in the frontcourt), and the style that John Thompson III prefers to implement, I believe this team significantly over-achieved until the fateful first Cincinnati game. 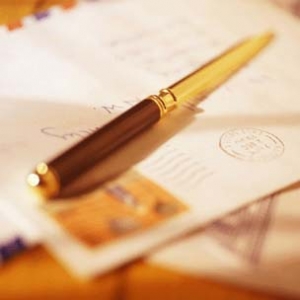 The pen is mightier than the sword.

However, I am also cautiously optimistic about next season.

Letter to the Editor continued after The Jump:

Chris Wright – a very good, natural, undersized two-guard who has worked his tail off to become a good point guard

Julian Vaughn – a natural, solid but limited center in a power forward’s body

John Thompson’s system is almost the exact opposite of Jay Wright’s.  At their very basic, both teams try to play inside-out to create open shots. Wright, however, does this with aggressive guard play, wanting his guards to dribble-penetrate, causing defenses to collapse, and then feeding open shooters; if defenses don’t collapse, then they drive to the hoop for lay-ups or drop-offs.  Thompson ideally wants to play inside out by planting a mobile, versatile big forward at the high post (corner of the free-throw line for the lay people), and running cuts and screens to find drivers or open shooters when the defense collapses.  Preferably, the high post player has the skill and athleticism to drive to the hoop if the lane opens up, or he gets a good match-up on a switch, and take the fifteen-footer if his defender cheats off of him.

This year’s Georgetown team was a much better fit for Jay Wright’s style and, consequently, a fairly poor lineup for JT III’s style and system. He has had to adapt his offensive sets to better suit the personnel he had available, and it had been mostly successful, given that it’s not what he’s comfortable doing.  Despite the personnel, it’s not really what his players are naturally comfortable with, either. While all of his guards can drive, not one of them (with the possible exception of Markel Starks) is a natural drive-and-dish player.  As a result, most drives resulted in mid-range jumpers (Freeman, sometimes Vee, and sometimes Starks), lay-ups (Freeman, Clark, and Wright), or turnovers (Wrecking Ball, anyone?).  This year, Wright did a much better job of being a penetrate-dish guard, but he seemed to be fighting himself all season to resist the temptation to simply create his own shots. That is totally understandable, since it's how he has always played.

Thompson has only one player in the regular rotation who is potentially well-suited to the high-post attack, and Nate Lubick was a freshman who wasn’t expected to see more than 15 minutes a game this year.  Hollis Thompson could potentially play the high-post, but he’s not a consistent passer yet, and he’s more comfortable playing on the wing.  Sims is a solid passer from that position, but his hands are only average receiving the ball, and he presents little threat to shoot or drive from the high post. Vaughn simply dis not have the dexterity to fill that role with any consistency.

Instead, Georgetown was forced to play an outside-in game that commonly involves numerous perimeter passes and cuts, but rarely any easy penetration with the intention of creating open looks for their myriad good shooters. This seems to be due to a combination of the fact that JT III is uncomfortable with a guard-oriented attack, and the fact that the team’s personnel is simply limited in terms of their strengths and talents. Considering all this, I would stipulate that through the first Syracuse game, this team hugely over-performed and played beyond reasonable expectations. Also, the fact that this team didn’t have a single bad loss is a credit to the coaching staff and the players.  Interestingly, this is a team whose defense seemed to feed off of its shooting. An interesting note: when they were playing with the highest confidence on offense, they tended to play their most energized, aggressive half-court defense; when they weren’t, their defense flagged.

Given the entire roster, and the style of play this team has been forced to adopt, Chris Wright’s removal from the floor was absolutely devastating. Markel simply isn’t ready to play the point for thirty-five minutes, and Thompson doesn’t trust him to do it. If this were a more typical Thompson team, losing one player, even the point guard, would not be nearly so destructive to the entire flow of the offense. Unfortunately, this is not a typical year, and losing Wright wrecked this team’s flow and confidence. And just as was the case when Wright was on the floor, when they are out of sync on offense, their defense has been spotty at best.

With a fully healthy Chris Wright, I think the Sweet 16 would have been a solid accomplishment. Without him at near full-strength, they just didn’t have the flexibility of personnel or coaching strategy to threaten.

I have too much free time, and felt the need to share these thoughts.