Sleeping With The Enemy: The Rams of Virginia Commonwealth

Share All sharing options for: Sleeping With The Enemy: The Rams of Virginia Commonwealth

Oh no we didn't!  (snap snap snap).  You didn't think that just because we're now in the NCAA Tournament and we only have like 24 hours to find victims for this extra special feature that we would just lay down and die, did you?  Hells no! (snap snap snap).  The Dance is what we here at THE GLOBAL PHENOMENON live for, and as usual we're bringing you everything you need to know about Georgetown's next opponent.  Special thanks to CAA Hoops, the greatest spot on the internet for all things Colonial and Athletic, for once again agreeing to hop on our carousel of funk and provide answers to our always intrguing questions.  CAA Hoops, this bud light is for you. 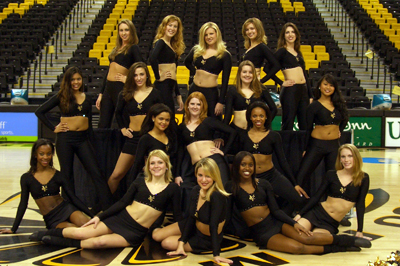 Georgetown has lost its last two NCAA Tournament games to Davidson and Ohio, two upstart mid majors that could knock down threes.  VCU seems to fit the mold.  I guess I don't have a question, just preparing to sit in my car, gas pumping, garage closed.

Well that would be stupid. You may remember that in the CAA this year, Towson didn’t make it to a game against Mason because of the weather. What if VCU gets caught in a freak March snowstorm and has to forfeit? Granted, that may be Georgetown’s only chance of winning, but crazy things happen in the tournament.

Or, if you absolutely must, wait until about 9:45 Friday night so you can at least catch the first half on AM radio.


We have already played ODU this year, what are the key differences to these teams in your mind?

The two teams couldn’t be more different. Pick an aspect of ODU, and think the exact opposite and you get VCU. The Rams are Bizarro ODU. VCU is a free wheeling and get up and down the court team; shoot a ton of threes; trap the bejeezus out of you. Can’t rebound a lick. ODU will grind you into the ground, but VCU will entertain you for 40 minutes, until you realize you’re down 8 with 50 seconds to play.

Coaching facial hair is even polar opposites. Shaka Smart has a tight-cropped goatee, while Blaine Taylor has that big bushy, caterpillar-esque number on his lip.

Did VCU deserve to get in the tournament?  Talking heads were losing their minds when it was announced, yet they sure seemed to belong after thrashing USC.

Absolutely, without question, they deserved to be in the tournament. They were an easy mark for the talking heads —I’m not making this up—Hubert Davis said he didn’t know the numbers and Digger Phelps said he hadn’t seen them. Yet both felt they had enough info to say VCU didn’t belong. Idiots.

Recently both Jeff Capel and Anthony Grant moved on to Oklahoma and Alabama, do you expect the same from Shaka Smart soon?

Honestly, I don’t think so. Smart is wired differently, and you can make quite a nice living as a mid major coach these days. It’s also helpful (for VCU) that Capel, two years removed from a Elite 8 appearance, was fired. Who wants that? But Smart’s name will be a frequent one.

Who are the best scorers on VCU? Rebounders?  Which role player is going to come from nowhere to crush Hoya faithful?

Jamie Skeen is an absolute beast. He has every move on the block but is impossible to guard because he can step out and nail a three. He was All Freshman in the ACC years ago but transferred from Wake to VCU.

The thing is, you never really know who will be the man. Brandon Rozzell is one of those guys that if his first three goes down, look out. He can make (and miss) them in bunches. Never met a shot he didn’t like. Joey Rodriguez could be 2-13 from the field, but if he shoots a three with the game tied and there’s two minutes to go, it will swish.

Ed Nixon can finish at the rim and shoot the three; and frosh Rob Brandenberg is a wild man. Both can go from nobody to 15 points in any game.

But the key is Brad Burgess. If he plays aggressive and hunts his shot, he can drop 24 on you. The problem is that he gets off the bus only every other game. But he can do it all.

VCU shot the ball well from three point land against USC, do you think they will ride momentum to another spectacular shooting performance on Friday night or revert back to the mean?

They aren’t afraid of missing, I’ll tell you that. They were 3-16 last night but kept hoisting them. Shaka Smart gives them freedom. At some point the answer will be yes, and the challenge for their opponents is cutting off the momentum.

VCU has a pretty impressive collection of NBA talent for a mid major.  Who is in their all time starting five?

It obviously starts with Eric Maynor, who one non-CAA coach told me afftected his team’s ability to win more than any other player but one. Maynor ekes out over Gerald Henderson, who old fogies will remember from his days with the Celtics.

Off guard is probably Rolando Lamb, who played in the early 80s. Kendrick Warren must be youtubed for his highlight video. Power forward I’ll call Bernard Hopkins. Think Frank Hassell of ODU with range. And the middle is either Ren Watson or Larry Sanders. Tough to compare.

During the NCAA Tournament, my favorite non-Georgetown memory was Eric Maynor's buzzer beater over Duke.  Was that the greatest moment in VCU basketball history?

That one has to be it, for its impact on all levels. Interest in the program skyrocketed after that game, which of course also meant money. Recruits had the youtubes to see it over and over. Of course, lots of folks loved VCU because it was Duke.

Speaking of Maynor, he is currently backing up Russell Westbrook in Oklahoma City.  Do you think he will ultimately become a starting PG in the league, similar to what happened with Darren Collison after he backed up Chris Paul?

I’ll be honest: I have absolutely no interest in the NBA. You’re speaking a language I don’t understand. Kevin McHale’s a pretty good power forward, though.

Who has a better chance of getting out of the next round - ODU or VCU?

By far it’s ODU. They are built for the tournament. It’s odd to have them playing Pitt in the round of 32, because if I had to pick a team to compare to ODU, it would be Pitt. ODU should bludgeon Butler. (Casual note: FAIL)

Where will VCU students go to party after their inevitable upset of Georgetown on Friday night?

VCU borders an area of Richmond called The Fan.  Lots of walkable bars and restaurants. It will be like throwing a handful of sand at the beach—everywhere.

Who wins on Friday night?  What is the final score?