Last night I had a chance to sit down and watch the USC-VCU game with a current Division I head coach who will remain nameless.  The coach, who scouted the Hoyas earlier this season, offered the following tidbits about Georgetown's next opponent, the Rams of Virginia Commonwealth. (Note: he also offered tidbits about USC, but you don't care about those.) 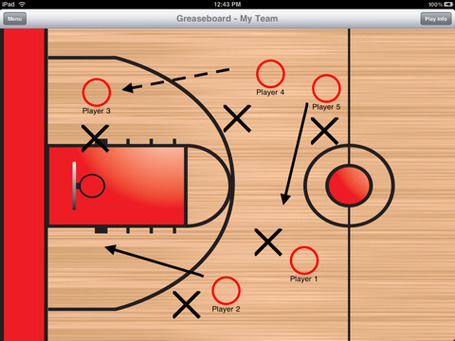 Xs and Os not as important as Jimmy's and Joe's    via a1.phobos.apple.com

Coach's insight after The Jump:

Why VCU will cause Georgetown problems:

Shaka Smart is a good coach.  VCU will press after every single made basket which is different from most teams  that usually press after just made free throws.  The constant pressing after every make will take Georgetown out of its rhythm offensively, as the Hoyas will be forced to concentrate on breaking the press rather than flowing into offensive rhythm and running its offensive sets.

Offensively, VCU runs a lot of pick and rolls to create open looks on the perimeter, and Georgetown will need to get to the perimeter to and close out on the open man.  Defensively, VCU plays mostly man to man, though the success it found against USC playing zone will likely result in more zone looks against Georgetown.  VCU attempted 24 threes and the Hoyas should expect more of the same.  The Hoyas have seen this sort of team before - in the first round of last year's Tournament.

Why Georgetown will find success against VCU:

VCU's aggressive defense works both ways.  While the press will be effective in limiting the amount of time the Hoyas will have to run its sets, VCU's halfcourt defensive philosophy is to get up and pressure and deny.  This is to Georgetown's advantage as it should be able to exploit the man to man defense with movement without the basketball and backdoor cuts.  VCU traps hard on all ball screens which plays into Georgetown's hands of slipping ball screens to the rim and getting open layups.
The matchup with Joey Rodriguez could be the key to Georgetown's success.  If Chris Wright is healthy, Georgetown's guards are superior to VCU's and ultimately that should be the difference in the game for the Hoyas since in the NCAAs you win with guards.  Tempo will be the biggest thing in this game and Georgetown should be able to control it.

Though VCU is very good in transition, at the end of the day they are an 11 seed who was one of the last teams to make the Tournament.  Georgetown has the #1 strength of schedule in the country and should win this game, but that and a nickel will get you a pickle until they start playing on the court Friday night.