Casual Investigation: How Long Will Chris Wright Be Out?

Share All sharing options for: Casual Investigation: How Long Will Chris Wright Be Out?

Like all Hoya fans we have had difficulty sleeping, eating, and generally doing anything productive today, waiting to hear news on Chris Wright's broken left hand.  How bad is the injury?  Will Wright be able to recover?  Will Wright be able to play again this season?  Can he be effective if he does play?  This morning good news came in the form of a tweet by Washington Post Hoyas beat writer Tarik El-Bashir, who relayed that Wright had surgery on the third metacarpal on his left hand this morning and that the team expects his return this season.  THIS SEASON.  Huge!  But what does that really mean? 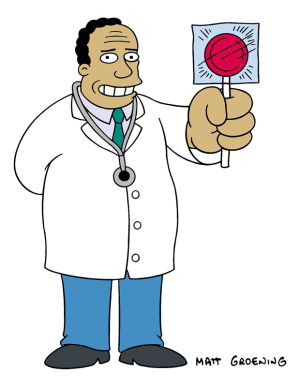 To find out just how long the recovery time from this sort of surgery takes, we asked two sources for help:

Source B: Our good friend Anonymous Eagle over at that funky Marquette blog, who back in 2009 had a similar incident occur to Dominic James, that pesky guard who haunted my dreams for years.

What we can expect after The Jump:

CH:  Quick question.  The point guard for Georgetown broke the 3rd metacarpal in his left hand last night and had surgery this morning to fix it.  Assuming all heals well, what is a realistic timeframe for his return to the court?  They're saying 3 weeks...

That's possible, but prob 5-6 weeks till he is more full speed.

CH: Sweet...what about his ability to play basketball though, like grip the ball and dribble?

Likely about the same. Shouldn't take long to be able to dribble and handle, but a prob 5-6 (weeks) for good grip strength.

The takeaway:  OK, fair enough.  Seems like Wright could be back in mid-March but may not be 100%.

CH: In March 2009, Marquette guard Dominic James suffered a broken bone in his left foot, underwent surgery to have a screw inserted into it two days later, and was cleared medically in approximately three weeks.  Now, clearly a hand is not the same thing as a foot, but what went down?

OK, talked to the beat reporter and read over some of the older stuff, and it confirmed what I remembered:

Dom broke the fifth metatarsal in his foot (it's the outside bone, by your pinky toe) against UConn on February 25.  He had surgery almost immediately, and a pin was inserted in his foot to promote healing.  He then rehabbed the hell out of the thing; the particulars aren't entirely clear, but it was a bunch of exercises designed to stimulate blood flow to the bone to try to speed up the healing process.

The ordinary recover time for that injury is in the area of 100 days.  By March 20, Dom had been cleared by the doctor -- he wasn't fully healed, not even close, but he could tolerate the pain and they put a custom orthotic in his shoe to take the strain off that bone when he was moving laterally.  Even then, he could barely move side to side; he could jump and he could run straight forward, but anything else was dicey.  Hell, even two months later, when he was working out for NBA teams, he said he was still only 75% of his usual self.

In the end, don't think they did anything radical in terms of procedures.  More than anything, Dom was a ridiculously fast healer who had a really high pain threshold.  Sound familiar?

The takeaway: Wright's return to the court and effectiveness will depend on healing ability and pain threshold.

So, as a result of this hard-hitting investigation into the world of medical science and sports blogs, it is my non-expert opinion based on Chris Wright's toughness, testicular fortitude and heart of a champion that I indeed expect Chris Wright back on the court this season.

Exactly three weeks from now is March 17th, the very day that the SECOND ROUND of the NCAA Tournament is set to commence.

So there you have it.