Sleeping with the Enemy: The Cardinals of Louisville

Share All sharing options for: Sleeping with the Enemy: The Cardinals of Louisville

The Georgetown Hoyas begin its voyage through the Big East tonight against the 4th ranked Louisville Cardinals, and as usual we here at THE GLOBAL PHENOMENON are bringing you everything you need to know about our next opponent. Special thanks to Card Chronicle, the ultimate source for all things Louisville on the internet, for providing answers to our hard-hitting questions. I especially point this out because the dudes at CC had to regroup after Louisville's crushing loss in the Belk Bowl last night to NC State, which I can only imagine they reacted to worse than a bunch of weeping North Koreans at a funeral. Fellas, this Jack Daniel's is for you. Away we go... 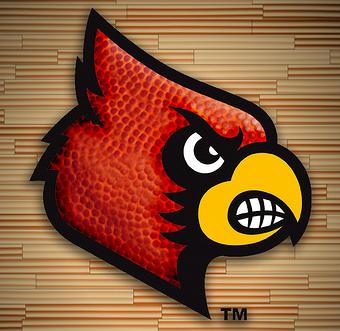 Is Louisville one of the top 4 teams in the country? If not, who is?

If I were a pollster, my top four would have Louisville in it right now, but I wouldn't pick them today to make the Final Four. Syracuse, Ohio State, Kentucky and North Carolina have the best attributes for teams that excel in the NCAA Tournament but athletic teams like Louisville and Missouri aren't far behind.

West Virginia. There's a history between U of L and WVU rivaled only by Cincinnati in the Big East, but where UC is Louisville's step-brother we still send Christmas cards to, WVU is the second cousin that nobody likes.

More fun with Louisville after The Jump:

Mark Titus recently argued that the Indiana Hoosiers are Kentucky's biggest rival. What do you have to say to him?

I just returned from holiday vacation and have not read Titus' argument, but I would disagree. As would 95% of UK's fans I'd assume.

When all is said and done, what is your prediction for top 4 teams in the Big East this year?

What is the ceiling for this year's Louisville team? What is the worst-case scenario? Will anything less than a Sweet 16 berth be a disappointment?

Louisville has the tools to make the Final Four and from there, anything can happen based on matchups. The worst case scenario is getting a low seed in the NCAAT, losing (again) in the first (second) round, and then watching Kentucky win the national championship.

How frustrating was the Wayne Blackshear injury? Would he have been starting had he not hurt his shoulder?

It's frustrating due to all the injuries this team has endured and because the news of his second major shoulder injury came just days after Blackshear was cleared by the NCAA. The Cards' offense has been a weakness this season, and most fans think it will improve if/when freshman Wayne Blackshear returns to the lineup. I think he would've had a few starts by now, given the oft anemic offensive efficiency combined with other injuries and fellow freshman forward Chane Behanan's recent struggles.

Is there anyone on the Louisville roster that is a legitimate NBA prospect? Could Peyton Siva sneak into the second round?

Siva might be a late 2nd round prospect, but hasn't helped his draft stock so far this season. He defends well and always puts up gaudy assists numbers, but his decision-making and shooting have not improved enough to ensure Siva a spot in the 2012 draft. Gorgui Dieng, Blackshear and Behanan have NBA "upside" but I doubt they're listed on any first or second round draft boards today.

How much longer do you expect Rick Pitino to be in Louisville? Is there any coach you hope succeeds him after he leaves? 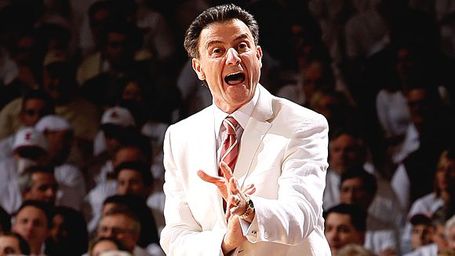 Pitino commented today that he wouldn't coach after his contract at U of L ends in 2017. It wouldn't shock me if he left in 2 years though, depending on the team's success. My replacement coaching list would include Sean Miller, Brad Stevens and Anthony Grant at the top.

Is there any chance that Louisville is overlooking this Georgetown game with the annual UK game looming four days later?

If not for the closer-than-expected game against Western Kentucky last Friday, I would be a lot more worried about this being a trap game for Louisville. The Hoyas' talented backcourt and the emergence of Henry Sims (finally?) along with freshman Otto Porter should provide enough motivation to get up for the Cards' seventh straight home game at KFC Yum! Center.

If you could say 25 words to John Calipari, what would they be?

I can't think of anything I'd want to say to him.

What do you make of all this conference realignment nonsense? When all is said and done, will Louisville end up in the Big 12? If so, can you take Georgetown in your suitcase?

The effect upon college football will neither be as bad or good as most people think it will be. Realignment has been happening for years, it's obviously the BCS that needs to change for any legit progress to be made in determining a true national champion and adding value to postseason games. I think Louisville will end up in the Big XII, but I also thought that would happen a couple months ago.

We know about Siva and Kuric, but who is going to come out of nowhere on Wednesday to crush the Hoyas?

If you haven't heard the name Russ Smith by now, you will come Wednesday night. Russ' reputation grew this summer during U of L's overseas tour in the Bahamas where he shot the ball on approximately 98% of his offensive possessions, scoring at will during several sequences while wildly running and gunning during others. His on-ball defending is the reason he started to see a lot of court time this season, but his scoring and playmaking propelled him into the starting lineup last week. He won't be coming out of nowhere, but he will be a new face for Hoyas fans and will be difficult to gameplan against.

How will Wednesday's game play out? What is the final score?

I expect Georgetown to slow the tempo and keep the score in the 60s. Man-to-man defense has worked relatively well for Louisville's opponents, so should the Hoyas decide to primarily go man and stay out of foul trouble, we should see a tight game. The Cards' defense has been elite but defending the three point shot has become a recent issue for Louisville. I see Hollis Thompson, Jason Clark and Markel Starks all making first half threes to build a small Hoyas lead at intermission. Sims + Porter will be a great test for U of L's frontcourt in the second half but the home court and Kuric's ability to play inside-out is the difference in a 68-66 Louisville win.