TGIF! Not much left to say that hasn't already been said after that riveting Hoyas win over Alabama, so before we quickly flip the switch and focus on NJIT, we're handing out hardware to those most deserving. Away we go... 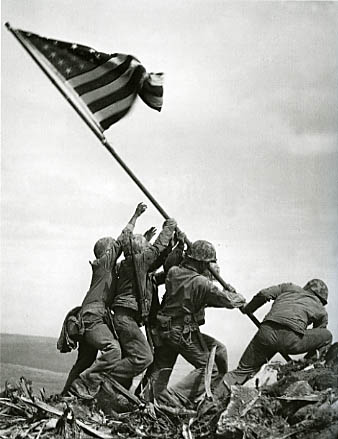 Chris Wright Heart of a Champion Award:
Hollis Thompson. Hollis had a rough night before that final shot of destiny, but man, what a shot. A perfectly executed play with Jason Clark, who earns the honorable mention nod here after leading the Hoyas with 22 points on 7-11 shooting from the floor. With noting that this game turned late in the 2nd half when Henry Sims re-entered the game, as once again the big fella provided a huge 3rd scoring threat that the Hoyas will need going forward.

I Must Hate You, But I Respect You Award:
Anthony Grant. I knew I recognized the Alabama coach. Coatless. Handsome. DUKE CRUSHER. How fondly I remember the 2007 NCAA tournament when Grant's 11th-seeded VCU upset Duke. What else happened in that tournament? Oh yeah. YOU'RE MY BOY, GRANT!

Coolest Civil War Battle Name Award:
The Battle of Bear Bryant's Hat. Not very well known (if you don't live in Tuscaloosa), but a key turning point in Pemberton's (ultimately unsuccessful) defense of the South.

The Clearly Your School Has an Excellent Mathematics Department Award:
Alabama. I'll tell you one bit of crowd involvement that came through loud and clear on my 48-inch LG HDTV: Alabama fans RELENTLESSLY counting down the shot clock as their amateur hour basketball team tried to make shots. SIX-FIVE-FOUR-THREE-TWO-CLANG. Over and over and over again. WE GET IT! YOU CAN COUNT! Nobody ever said we were playing Ole Miss; that's DePaul.

You Couldn't Sell Out a Paper Bag Award:
Alabama. Sold out? So like the arena has 30 seats? On television the crowd was DEATHLY QUIET. We here at The Global Phenomenon can only assume that everybody on campus was still too tuckered out from cheering while Nick Saban stood in his driveway in a confederate flag speedo and spit-shined a Miami Dolphins helmet. Or they were saving their voices for a forthcoming Civil War reenactment. Aren't we coming up on the anniversary of the Battle of Bear Bryant's Hat?

Tim Gunn Award:
Othella Harrington. Too often assistant coaches can fall into the trap that is a simple black or navy suit so as not to make any fashion waves on the bench. But not Othella! Nice gray suit for the big guy, perfectly accented with an understated blue tie. Honorable mention: Assistant Coach Kirby, who rolled with the bold light purple tie on purple shirt look.

William Wallace Braveheart Award:
Georgetown fans. Let's face it, college sports are falling apart in the face of this conference realignment. Anyone that says he knows what college athletics will look like in 5 years is lying to you. Not to go all ESPN Sports Reports on you, but money, greed, and corruption have overpowered athletics that are supposed to be amateur. Yet, all of that takes nothing away from the unbridled joy Georgetown fans felt last night. The powers that be can take our conference, they can take our rivals, but they can never take OUR FREEDOM!

The Bar Mitzvah Award:
Hollis Thompson. In the past nine months, Hollis has become a man. He scored 26 points against VCU in the NCAA Tournament, impressed NBA scouts while testing the waters for the NBA Draft, put on 10 lbs of muscle, and committed himself to improving in all facets of his game. More than that, contrast his assassin-like demeanor after hitting the game winner last night against the out-of-control sophomore who tried to be the hero against Temple and Missouri late in games last year. He's all growed up.

The World Solvers Award:
The fightin' Georgetown Hoyas. In a world where our politicians and business leaders have failed us time and again, disappointed us in the face of increasingly incompetent decisions, thank God for the young Hoyas of Georgetown. Take note Wall Street and Washington, because this young team is showing the world that miracles still do happen and the whole can still be greater than the sum of the parts.

HoyaTalk Award:
Nate Lubick. It is no secret that Lubick has struggled with some confidence issues against good competition this year. Please trust that he will be crucial to our successes when we face more rugged Big East teams. Sure, he didn't play well against Memphis or Alabama, but those weren't going to be good matchups for him regardless of his current confidence issues. The next three weeks before we go to Memphis will do wonders for Lubick, he will regain his ThunderSnow swagger, and we will all forget about these early season struggles. Please stop clamoring for him to sit on the bench, knowing his fanbase isn't supporting him isn't going to help.

We Don't Rebuild, We Reload Award:
The Georgetown Hoyas. We've got a team, folks. What I've enjoyed is watching Tyler Adams, Mikael Hopkins, and Jabril Trawick act so enthused on the bench. These guys know they are talented and know their time will come. And trust me, their time will definitely come. For now, they are enjoying the ride, contributing however they can, and pushing the starters to be even better in practice. Watching the freshmen makes me think that we are going to be a force to be reckoned with for each of the next four years.

Devonta Pollard Award:
Devonta Pollard. The 2012 swingman was in the crowd last night watching the game. After watching it, how could he not want to go to Georgetown? The defense was swarming, the offense was crisp, and everyone seems to like one another. Not to mention, look at Henry Sims' transformation - what a testament to hard work and coaching. Speaking of Sims...

Henry Sims Is Awesome Award:
Henry Sims. This dude is just scratching the surface right now. We could be looking at a first round draft pick. That's how good he could be. Last night, against a very athletic Alabama team, Sims did anything he wanted. You can almost see him thinking in his head "Holy crap, I might be really good." Once he fully appreciates his skillset, look out. I can promise you there will be no more finesse layups when he does, just dunks and scowls baby.

Sweet Home Alabama Award:
After all the stink Alabama fans made about how diehard their basketball fanbase is, it was really, really quiet in Tuscaloosa last night. Also, don't claim to be these big time basketball fans when ESPN notes that this was Alabama's first sellout non-conference game since 2003. Ouch.

Fire Andy Reid Award:
Andy Reid. Hoyas game doesn't start until 930pm, might as well kill some time with the casual NFL Network Thursday night game, let's see what's on the sched--oh christ. Philly at Seattle? The Eagles are 4-7? Why has nobody thrown a car battery at Andy Reid's head? McNabb is FINALLY out of a job, how does Reid still get a paycheck? And F you NFL Network d-team announcers talking about Reid getting into the playoffs for 12 of the last 13 years or something. HE STILL SUCKS! AND IS FAT!

Dickie V Award for Broadcasting Excellence:
MIke Breen. Stinks that the NBA lockout is over because it was great to hear Breen call a Hoyas game. Clearly did his homework, too. Special props to both him and Fran Fraschilla for knowing about Henry's triumphant run for GUSA VP.

The Hang On a Second Before You Go and Rub Your Palm Raw Patting Yourself on the Back Award:
Georgetown. Hot damn that Thompson shot was something. Well you know what it should have been? NOTHING. If you don't blow a 9 point lead in 180 seconds then you don't need Hollywood's heroics. If anything, that should have been a shot chasing the over NOT A LAST GASP GAME WINNER. Ok, nice win. Fine. BUT DO IT GOD DAMN CORRECTLY NEXT TIME.

The @GlideHoyas Tweet of the Game Award:
Our man @GlideHoyas has pumped out over 33,000 tweets, most of which revolve around his beloved Hoyas. I particularly enjoyed this one from last night.

Remember the Alamo Award:
Yes, Georgetown is now 6-1 with wins over Memphis and Alabama with its lone loss a four-point loss to Kansas in Maui. But let's take one game at a time, kids. Last year the Hoyas lost only one of their non-conference games in what was one of the toughest OOC schedules in the country, and we all know what happened come March. This team is CLEARLY different, but the Hoyas need to focus on NJIT on Saturday...WHO THE HELL AM I KIDDING GEORGETOWN IS FINAL FOUR BOUND, NEW ORLEANS OR BUST.

All Streaks Were Meant to be Broken Award:
Sayonara to Alabama's 24 game home winning streak that was pounded into our heads by Breen and Fraschilla endlessly. Good luck the to the Tide on December 11th as they attempt to start a new one against Detroit.

Lord Voldemort Award:
Nate Lubick. The good news is that Lubick shot 100% from the floor last night. The bad news is that he picked up 3 fouls in the first five minutes of the game and only played 14 minutes total. Lubick has been maddeningly inconsistent thus far, and Georgetown will need him to be more of the IUPUI Nate than the Alabama Nate going forward, especially once Conference play starts in the rugged Big East where the Hoyas won't be playing these SEC softies.

Old Balls Award:
Anna Benson. Dudes, have you seen Baseball Wives on VH1? If not, please be advised that Anna Benson, former FHM model and casual wife of former Met Kris Benson, has turned into the next Anna Nicole Smith! It's unbelievable! It's horrible! It's shocking! It's Baseball Wives!

Why am I watching

sounds pretty quiet in the coliseum

does alabama's football team score more per game than their basketball team?

Maaaan that first half was Oooey Pooooey

I just broke a nail. Damn.

First day with the new hands?

who will sex Henry Sims???

must be afraid of burning crosses in lawns.

"If Austin Freeman gets a pick at the hotel across the street, you go with him"

And me, If he asks I'll carry his luggage.

I think my feelings for Lubick are delving into quantum mechanics

Until I see what he does, I both love and hate the guy

HOLLIS I WILL HAVE YOUR BABIEZ!!!

One day my death certificate will read...

Cause of Death: Hoya basketball