Sleeping with the Enemy: The Eagles of American

Share All sharing options for: Sleeping with the Enemy: The Eagles of American

Finals are over (THANK GOD) and the Hoyas are finally back to playing hoops. Georgetown's last lengthy hiatus of the season ends tomorrow with a game against Wisconsin Avenue rival American University, and as always we here at THE GLOBAL PHENOMENON are bringing you everything you need to know about Georgetown's next opponent. Special thanks to ultra-casual freelance journalist and AU student Tom Schad for providing answers to our hard-hitting questions. Mr. Schad, this Guinness is for you. 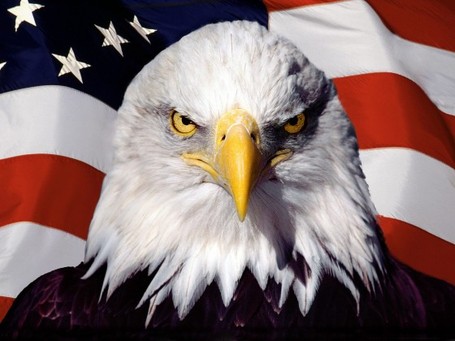 Before the season I would've told you we weren't going to finish higher than fourth in the Patriot League. But now, having won eight of our last nine games, I think the expectations are pretty high. The best case scenario would obviously be winning the Patriot League and returning to the NCAA tournament. The worst case would be finishing in the bottom half of the conference, which we haven't done since joining it in 2001-02. To be perfectly realistic, I see us falling somewhere in the middle - third in the conference and being knocked out in the semifinals of the Patriot League Tournament.

More fun with American after The Jump:

Who are the team's best scorers? Best rebounders? Any freshmen you are particularly excited about?

Senior transfer Charles Hinkle has come out of nowhere and picked up the scoring slack. Believe it or not, he was actually ranked seventh in the country in scoring as of Monday (22.2 ppg). Fellow transfer Troy Brewer (14.1) and Blake Jolivette (7.5) are also contributing. On the defensive end, we've got a real Marcus-Camby-type guy in Tony Wroblicky. He doesn't do much on offense, but he's fifth in the Patriot League in rebounding (6.1 rpg) and his 26 blocks are good for 17th in the NCAA. Also keep an eye on freshman wing John Schoof. His stats so far have been unimpressive, but he's a smart player and has started all 11 games this season (a miracle with notorious anti-freshman coach Jeff Jones at the helm).

After hibernating for a few years, Jeff Jones found his sea legs, culminating with 2 teams making the NCAA Tournament. Strangely, though, it doesn't look like that run paid huge dividends in recruiting - how would you sell American to recruits?

I actually disagree. I think that those NCAA tourney births were critical in bringing in the transfers (Vlad Moldoveanu, Hinkle, and Brewer) that have fueled American the last two seasons. Schoof and backup point guard Wayne Simon could develop into big-time players. Wroblicky also has lots of room to grow and was given a 90 out of 100 rating by ESPN.com out of high school. The recruits are coming, and I think they'll continue to come; Washington DC is a huge draw and JJ is arguably one of the best mid-major coaches in the country (key word: arguably). We're not going to be nabbing any big-time guys, but in terms of mid-major recruits I think we're doing pretty well.

Four editors of this esteemed blog went to Georgetown. We know where to catch the late night Georgetown ladies but where can we see the American talent?

Well Tenleytown is not exactly a happening place on the weekend, so most of our ladies venture downtown and blend in with the rest of DC at bars in Adams Morgan and DuPont. If I had to pick a place nearby, I'd actually say your best bet would be a little diner called Steak & Egg; chances are most sorority sisters will drunkenly end up there after frat parties in the area.

I am an 18-year-old that wants to go to Washington, DC for college. Why should I come to American instead of Catholic or George Washington?

Oh man, that's an easy one. Catholic has single-sex dorms so it's not even in the discussion; if you could go to college and live in a lady-less dorm then you are a far stronger man than I. As for George Washington, do you really want to be downtown all the time? I mean the closest thing they have to a campus is a few city blocks. No offense George, but American actually encourages its students to spend time outside. 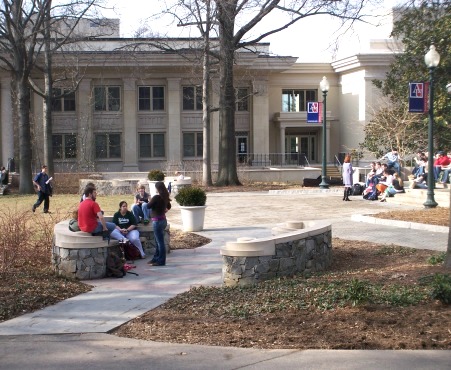 Students get to spend time outside at American. via www.goroveslade.com

We all watched in horror / amazement when Yancy Gates dropped that poor Xavier center last Saturday. Considering that Kermit Washington is a proud alumnus of American, how does that punch stack up compared to Washington's haymaker? Were you surprised that Gates only got a six game suspension?

That slow motion shot of Frease being decked is hard to watch, but it doesn't even come close to Washington's "punch heard ‘round the world." Rudy Tomjanovich was one of the league's well-known peace keepers and old Kermit dropped him like a sack of potatoes. Full facial reconstruction surgery, out for the rest of the year - it was bad. Tomjanovich said at first he thought the scoreboard had fallen on him; Gates' cheap shot doesn't even compare. That said, he did get off way too easily. I say if you punch a guy in a collegiate basketball game, you're out for the season - period.

How are the next few years looking for American? Do you expect Jones to deliver more NCAA Tournament births?

I definitely think the NCAA births will come, but it's going to take a few years simply based on what the rest of the conference is up to. Each of the last two Players of the Year (Lehigh's CJ McCollum and Bucknell's Mike Muscala) are only juniors and lots of talented underclassmen are stepping up to help them out. American can't quite keep up right now. However, if a few dominos fall our way (namely point guard prospect Madison Jones) we could be dancing again in 2-3 years.

American has established itself as a great refuge for transfer students, featuring Vlad Moldoveanu for the past few years and now relying heavily on Charles Hinkle. Not to go all psychological but is there a parallel here between Jones being bounced around and finally establishing himself at AU?

Yeah I can see the parallel there. I think a lot of major-conference guys leave their teams because a) they aren't winning or b) they're not getting enough playing time. American has a great track record of being able to offer them both. We're not going to compete for a national title any time soon, but we're always competitive in the Patriot League and transfers know that they'll make a difference. That's the main thing that brought Vlad here; he wanted to be a key contributor on the offensive end and be appreciated. Charles has been the same way. These guys have the talent and all they need is an opportunity to show it - JJ understands that.

Once the Big East implodes in another couple years, how do you think DC will respond to having 2 Patriot League teams?

I actually think it'll be the other way around. The Big East is like an amorphous blob slowly spreading and engulfing everything in its path; it's only a matter of time until American is absorbed as well (due of course to its top-tier field hockey and wrestling programs).

How do you see Saturday's game playing out? What is the final score?

I can't believe I'm typing these words, but I actually think American has a shot. We're not going to win the battle of the boards, but Hinkle always gets to the foul line (9.5 free throw attempts per game) and Wroblicky has the size to keep Sims in check. What we lack in athleticism we've made up for in smart play and defensive willpower, and if we can keep it up I think we'll stay within single digits. Georgetown 72, American 63.