Share All sharing options for: The Casual Awards: Ooey-Pooey

Happy Tuesday, everybody! The Hoyas shook off a sluggish first half to tame a plucky IUPUI Jaguars squad at Verizon last night, and as usual we're handing out hardware to those most deserving. Away we go... 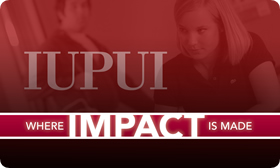 Where Impact is Made. via events.iupui.edu

Chris Wright Heart of a Champion Award:
Hollis Thompson. Hollis led the Hoyas with 21 points and 10 rebounds in a 9-15 shooting performance from the floor. With Jason Clark a bit off (1-7 from the field), Hollis provided the Hoyas with a steady veteran hand and his play in the second half especially prevented what could have been a disastrous loss.

Fan of the Game Award:
To my man rocking the Danny Fortson Cincy hoopster jersey without a shirt underneath: you are awesome. 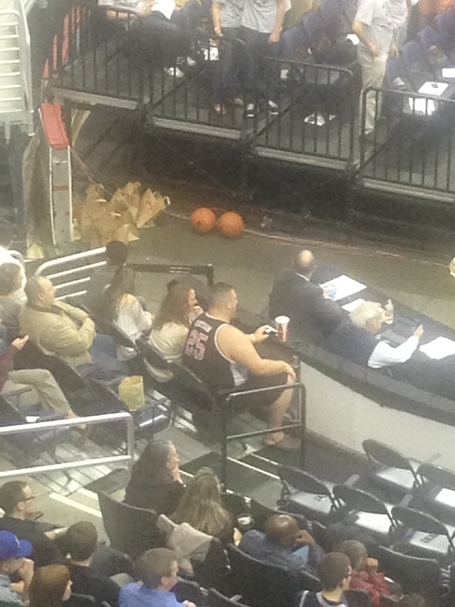 Delusion Is The Best Award:
Am I the only one who feels INCREDIBLE right now? When the Hoyas are winning, it is like internet crack. I read every single article I can find. I troll HoyaTalk, Bleacher Report, GUHoyas.com, Hoya Prospectus, The Voice, and The Hoya. I refresh the Global Phenomenon somewhere between 20 and 3,000 times a day. I search "Georgetown" on Twitter, I google "Henry Sims". I will do ANYTHING to read more after we win. But once we lose, I'm all "Don't talk to me Mom!"

Enjoying the Waning Days of Unemployment Award:
Roy Hibbert and Jeff Green back at courtside, looking VERY RELAXED, now that they know most of their million-dollar-plus salaries are going to be paid because the NBA SOMEHOW did not go out of business and save us from Stuart Scott shouting into the television on Christmas Day during the Taco Bell Pre-Game Show Presented by Boost Mobile and "Zookeeper 2: Animals on the Loose" starring Kevin James.

Otto Porter Award for Filling the Boxscore:
Nate Lubick. Lubick shook off his less than ideal performance in Maui and poured in 8 points, grabbed 14 rebounds, dished out 5 assists, and added a steal and a block. Good to see Lubick doing the dirty work down low again, and he even managed to make his usual ill-advised three point attempt.

Ndamukong Suh Award:
Henry Sims. It's always casual to slowly step over an opponent on the ground. Helping opponents up is for suckers.

Never Leave Home Without it Award:
The American Express Premium Rewards Gold Card. Nothing says SUCCESS and DIGNITY like whipping out a casual Gold Card at the Green Turtle concession stand for two Stella tallboys. Oh, and triple points will come in handy for Acela tickets to Wilmington in three years when the Big East Tournament is played at a high school gym in Delaware.

The One Half to Watch When You're Watching One Half Award:
First Half. Meaningless Monday night game at 7pm? Awesome 8:30 MNF kickoff? Then the Casual play CLEARLY is two nice Stella tallboys and a beeline to the exits at halftime with the Hoyas finally starting to put together the semblance of a lead. Easily home before halftime ends to catch rest of game on MASN before falling asleep as MNF starts. (Note: the individual who submitted the prior two awards is a drunk and an idiot, not necessarily in that order.)

Maui Jetlag Award:
Though it seemed that this game were never really in doubt, the Hoyas were clearly going through the motions in the first half, trading hoops with IUPUI and even trailing before a quick burst in the last couple of minutes gave the Hoyas a 32-31 lead at the half.

Hoya Blue Award:
Maybe this one should be named "Hoya Blew It." Get it together, kids. This kind of turnout when school is in session is inexcusable, no matter whom the opponent is. 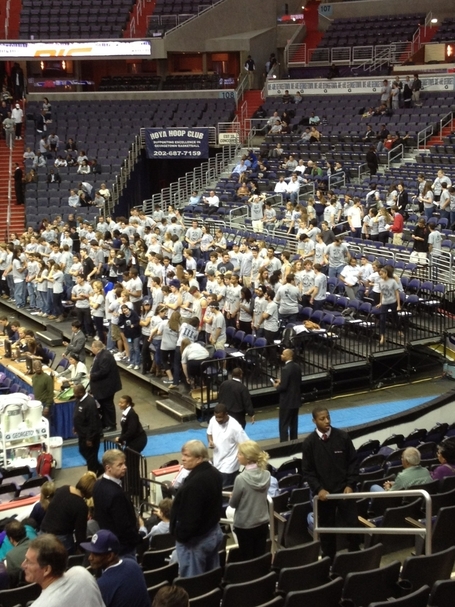 Most Annoying Thing About Not Being Ranked in Top 25 Award:
Not having Georgetown's score appear on the ESPN ticker is really inconvenient.

Bernie Fine Award:
Otto Porter. It's pretty simple - good things happen when he's on the floor and he gets his hands on a lot of balls.

The Zebrahead Award:
Goes to Nate Lubick/ MTV rock and Jock King Michael Rappaport for overcoming the worst stretch of his young career which included 3 horrendous showings in Maui and a 10 minute stretch in the first half when he made the IUPUI jaguars look like a team of Mutumbo clones. For the last week, Nate has looked like a 35 year old weekend warrior playing in ankle weights, but one thundersnow in the second half and that was all behind him. He grabbed a career high 14 rebounds (who was the last hoya to do that), threw some great passes out of the high post and was all over the floor. Lo and behold, Nate is back on track to being the best white American Hoya of the modern era (No, Paul Tagliabue doesn't count).

Dr. Emmett Brown Science Award:
Mex Carey. Pregame, Casual Hoya set the line for announced attendance at 7,500. Mex comes strong and acknowledges that no one showed up at the game, announcing the gate at 6,854. And truly, who would ever question a number that precise?

Mortal Combat Fatality Award:
Aaron Bowen. Just like in the video game Aaron's three at the buzzer was a finishing move after the battle was already won and perhaps a little cruel, but it was also pretty awesome too. Lots of people are going to bitch and complain that Bowen shot a three at the buzzer - let's get a grip. The game was out of reach and Bowen had been an absolute model teammate the entire game, doing elaborate high five dances through starting lineups, cheering for every play, and the kid just relished a chance to get time. He's in a tough position and it really looks like Whittington is the better player but this is a kid who got a chance and made the best of it. A hell of a lot of people in the stands were cheering when that shot fell.

Strange Hand Puppet Ad Award:
Georgetown promotions staff. You remember those horribly awful Quizno's hand puppet commercials? Let's be frank, our promotions crew is on the verge of upstaging those damn things. The formerly untouchable gatling gun is now sponsored by GroupOn and some kid was dressed as a damn pilgrim to push the thing. The Nando's chicken thing (still the best chicken in the town) featured 2 people who couldn't follow the rules. The half court shot fell on the free throw line. It's time to step up the promotions game.

Bring It On Award:
There will NEVER be another Showtime. This is a fact that we must sadly all recognize. But we do have a single male cheerleader and the dude is representing. If Showtime was an 11, this guy is probably rocking a 6 but hey, that's a start. Honorable mention: To the female cheerleader who went up to our man @bloodchocinco asking if he were @casualhoya and said that we are funny, flattery will get you everywhere, even an acknowledgment on THE GLOBAL PHENOMENON.

Old Balls Award:
The NFL commentators who continue to bash Tim Tebow. It's going to be funny when the Broncos make the playoffs, win the Super Bowl, and Tebow/Jesus is named MVP.

the IUPUFUCUQUI bench is louder than our students

Were the hoops in Hawaii only 9.5 feet high?

They have a player named BARKSDALE?

"Do they call themselves Ooey-Pooey, or is that just you?"

DID IT JUST THUNDERSNOW IN THE VERIZON CENTER?

My favorite thing about this win

My least favorite thing about this win

Gratuitous pic of Jessica Biel Sitting on Some Rocks While Wearing a Bikini Award:
Indeed.