Georgetown's three day journey on Maui sadly ends this evening with a much anticipated game against Memphis, but before we move on to the showdown with the Tigers we're handing out hardware to those who earned it in the epic battle against the Silverswords of Chaminade.  Away we go... 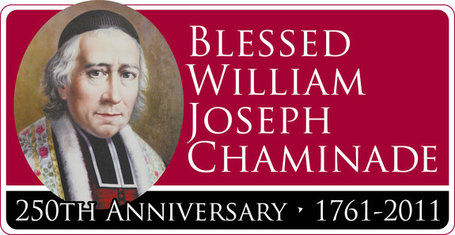 Chris Wright Heart of a Champion Award:
Jason Clark.  Clark poured in a career high 28 points on 10-12 shooting from the field including 6-7 from beyond the arc to pace the Hoyas.  Clark has had an excellent tournament thus far and has stepped up as a leader for this young team. Honorable mention: Otto Porter.  Porter was the only other Hoyas player in double figures, netting a career best 17 points to go along with 7 rebounds.

Twinkle Toes Award:
Mikael Hopkins. At one point in the first half, Hopkins basically forgot that basketball rules existed, taking somewhere between 3 and 15 steps with the ball, committing travels both times he touched the ball. Not awesome. Thankfully, he calmed down in the second half and got into a rhythm.

Bring It On Cheerleader Award:
Chris Wright. Good old Wrecking Ball has become Georgetown's number one twitter fan since he graduated, tweeting with excitement and volume that would make even our good buddy @Glidehoyas blush. It is really nice to see former Georgetown players like Wright, Greg Monroe, Jonathan Wallace, Roy Hibbert, Patrick Ewing, Jessie Sapp, and Austin Freeman encourage the young fellas from all parts of the world.

Casual Entertainers of the Year Award:
LMFAO.  I'll admit it that when I first heard of these guys it was because of that "I'm in Miami, Bitch" song that ran as the theme for 'Kourtney and Khloe in Miami' and I found them very annoying.  The next time I saw them was in some bizarre cameo they made on the 'Real World: Cancun' in which for some reason they befriended some of the cast members and helped them get chicks and stuff and I found them really annoying.  Now, whenever I see them on TV whether it be in a new video or a live performance (see last weekend's closing out the American Music Awards with cameo by Justin Bieber) I'm not changing the channel, because these guys are like, really really fun!  Fun music, fun lyrics, fun dance moves, just all of it is very very fun! And for that, LMFAO are my Casual Entertainers of the Year. 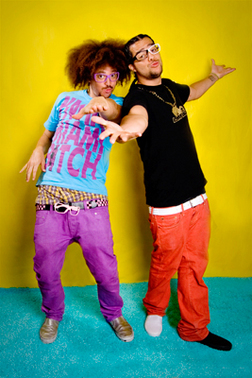 Throw It Down Big Man Award:
When 6'2" Jason Clark throws down the best dunk of the game, you know there is a problem. Georgetown needs to bring Thomas Robinson in during winter break and teach our big men to throw it down. Greg Whittington, Tyler Adams, and Mikael Hopkins all had chances to slam it home against Chaminade and didn't. Georgetown may have the worst dunking team in the country on a yearly basis. SHOW ME SOMETHING.

Otto Porter Award for Filling the Boxscore:
Henry Sims.  Sims had 8 points, 4 rebounds, 7 assists, 2 blocks, 2 steals and 0 turnovers in his 16 minutes of action.  Impressive game by the big fella.

Magic Johnson Award:
Markel Starks carries himself very well. He has the charisma and leadership skills you want out of a point guard and it will be exciting to watch him evolve into the captain of the team as the season wears on. He threw a sick no look pass to Nate Lubick and clearly learned something from Vee Sanford on that gorgeous tear drop he hit against Chaminade.

Old Balls Award:
Republican candidates for United States President.  These guys are very entertaining when you get them all together in one room for a debate, but does anyone really think one of them can beat Obama in a national election? #nochance.  Honorable mention: The Big East.  Rutgers lost to Illinois State, Notre Dame lost to a terrible Georgia team, Providence beat Southern by six, and Pitt beat LaSalle by a mere four points after losing at home to Long Beach State.  Ole!

Next Stop On The Delusion Train Award:
Otto Porter is AWESOME. Every time he touches the ball, something good happens. He always seems to be in the right spot to get rebounds, he already understand the Princeton offense, he makes sharp cuts, and he has a sweet midrange jumper. Hopefully Georgetown fans get to watch him for four years, because it is a pleasure.

Otto Porter is so NBA-ready, the Knicks just drafted 5 European guys in front of him

I liked how mad JTIII looked at the half

CRUSH THEM, DONT LET THEM HANG AROUND

Was quite fired up at the team. Pulled Hollis right after one of the sloppy passes and a "sh!t" was quite audible in the auditorium. Im pleased he wont let them slack off at all. Lubick looks a little timid, Porter is awesome! Looks totally calm &I in control, no freshman jitters. Ihearthim.

Judging by these comments

This must have been the worst 27 point win of all time. Of all time.

Gratuitous Pic of Blake Lively on the Red Carpet:
Indeed.