Share All sharing options for: The Casual Awards: Welcome to Sims City

Just like your Georgetown fighting Hoyas, the Casual Awards are back!  Bolstered by a riveting Hoyas shellacking of Savannah State, we here at THE GLOBAL PHENOMENON are fired up and ready to feed your delusion right through March (and April!).  Before we move on to UNC Greensboro, we're handing out hardware to those most deserving. Away we go... 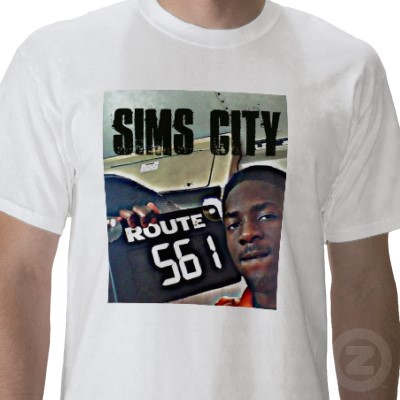 Not sure what this is but Georgetown needs a Henry Sims version.  via rlv.zcache.com

Chris Wright Heart of a Champion Award:
Henry Sims!  To quote our Casual Postgame Recap, "it cannot be understated how great Sims played today. He was all over the court, throwing down power dunks, grabbing rebounds, blocking shots, and providing the post presence we hoped he could when he stepped on campus in 2008.  If Sims can play with this sort of intensity and efficiency in the Big East, the Hoyas are going to really sneak up on people and be a force in the Big East." 19 points on 9-11 from the floor, 6 boards, 5 assists, 3 blocks for the failed GUSA VP candidate.  Ole.

Worst $10 I have Ever Spent Award:
GUHoyas.com.  Three minutes before tip I decided that I wanted to watch the game, so I headed over to guhoyas.com to see what the deal was.  After a complicated sign-up process that involved me losing $10 for a "monthly pass" I finally was able to catch a glimpse of the action, which apparently was the game as it was being shown on the Jumbotron at Verizon.  Not bad, except there was no scoreboard, the sound was a combination of soul-crushing static, Father McFadden's booming voice over the PA system, and Rich Chvotkin's radio call which for some reason was on a fifteen minute tape delay.  I BLAME YOU, JANET JACKSON. Thankfully in the second half they worked out the kinks and all was good, but that first half was a freakin' nightmare.

Hoya Blue Award:
Savannah State isn't exactly a sexy opponent, but nonetheless the students came out it force and the student section appeared to be impressive. 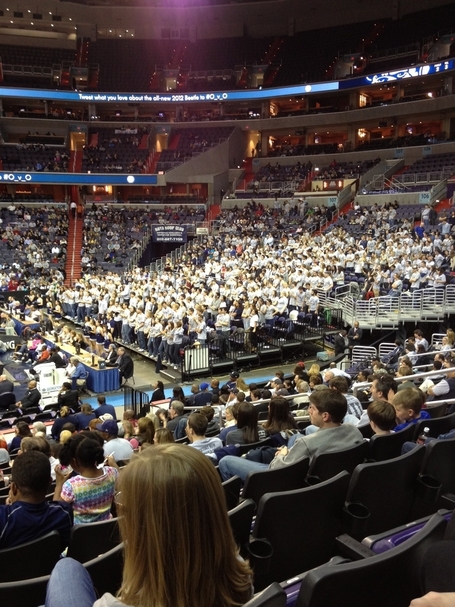 Defense Wins Championships Award:
Yes, it was Savannah State, but it was refreshing to see the Hoyas play a team defense that was clearly lacking last season.  With Sims, Hollis Thompson, Otto Porter, Jason Clark and Jabril Trawick on the floor at the same time, the Hoyas pose some serious length and matchup problems for opponents.  Hopefully this will be true for teams that have players taller than 6'5".

Sexy And I Know It Award:
Nate Lubick's behind the back bounce pass to Sims for an easy layup was quite pretty.  As were his banging down low and nifty hookers in the lane.

Rich Chvotkin Award:
Listening to Chvotin's always casual call of the game, I could have sworn there were at least three guys on Savannah State named "Arnold".  This is interesting, especially because as I check out the boxscore, I see that there is only one guy on the Tigers with the last name Arnold.  Now I'm left to wonder whether Chvotkin was either calling him both Louis Arnold and Arnold Louis, or perhaps he simply prefers calling people Arnold to their real names. Either way, I'm fine with it.

Otto Porter Award:
This Award, which will go to the individual who best fills a boxscore, goes to...Otto Porter!  In 25 minutes of action, Porter scored 9 points on 80% shooting from the field, grabbed 8 rebounds, and blocked 3 shots.  More awesomely, Porter seemed very much in control out there, making numerous excellent decisions with the basketball and playing the game like a savvy veteran.  I really like typing the word savvy.

Manna From Heaven Award:
Ted Leonsis is a Georgetown alum, and is clearly a very smart man who knows what people want at the Verizon Center. The below is ample evidence of such. 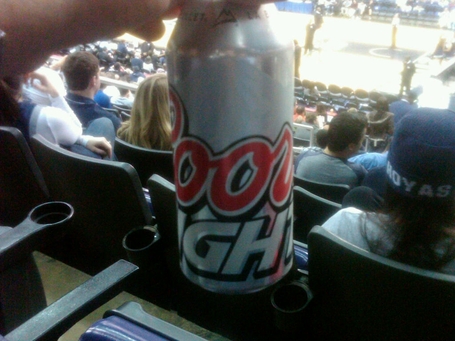 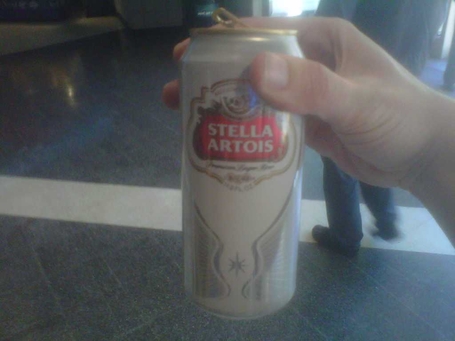 Shaquille O'Neal Can Eat a Bag of Dicks Award:
This requires no further explanation.

So That's Where Our Money Is Going Award:
Verizon Center T-Shirt Gun.  No on-campus athletics facility?  No problem!  The new and improved Verizon Center gatling gun sent t-shirts into never before reached areas of Verizon, keeping those fans in the cheap seats entertained and giving them a glimmer of hope that one day, they may be so lucky as to catch a Georgetown Hoyas t-shirt.

The Whitney Cummings Award:
I like the show "Whitney".  There, I said it. 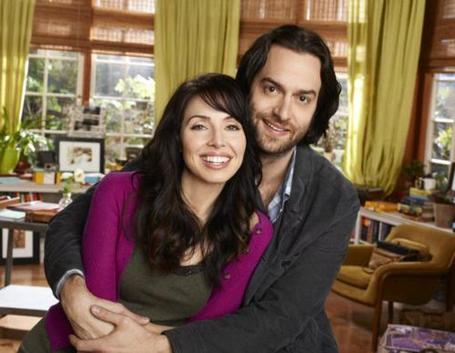 I find these two endearing.  via natalietootie.com

Movie of the Weekend Award:
Caught "J. Edgar" on Friday night.  Interesting story, solid job by Leo DiCaprio as always.  Also, if the "Girl with the Dragon Tattoo" movie is half as good as its trailer, I'll be like totally stoked.

Slow Down Award:
Jabril Trawick.  Jabril was clearly a bit anxious in his first home game, but that's to be expected.  Despite picking up three personal fouls in his 11 minutes of action, Jabril showed the playmaking ability and swagger that Hoyas fans will expect of him as the season progresses.   Also, while it's good to know that we will be pronouncing Trawick as "Tray-wick", it's going to take me awhile to get used to a guard wearing the number 55.

That Boy Good Award:
Greg Whittington.  A couple of ugly free throws notwithstanding, New Greg was a revelation in his Hoyas debut, showing a smooth stroke from deep and solid defense.  It's clear why JT3 was singing his praises throughout the offseason, and if he keeps it up Greg will be providing quality minutes at the two spot this season and beyond.

Jim Nantz Award for Casual In-Game Commentary:
Solid showing in the first gamethread by those of you following the game from your mother's basements across the land.  Here are a few golden nuggets:

New kids on the block are good...

Porter from mid-range and Whittington from deep, Jabril playing tough…fun to watch.

The length and pure athleticism is starting to take over! This team can be very good if they want to be.

even the cheerleaders look better!

and there are more of them

Lord Voldemort Award:
Hate to piss on the delusion parade, but Markel Starks was shaky at best.  His boxscore tells a different story than what actually went down out there, as Starks picked up a couple of early fouls that forced JT3 to go the bench early, and though only credited with two turnovers, I felt that quite a few of his passes were salvaged by good hands of the recipient.  The good news is that he shot 50% from three, which he'll need to do going forward to provide the spacing on the floor the offense will need.  Also, there was this tease, nearly exactly one year ago.

Occupy Verizon Award:
Jeff Green.  The former Hoya, now out of a job, showed up to Verizon in his most casual hipster gear. 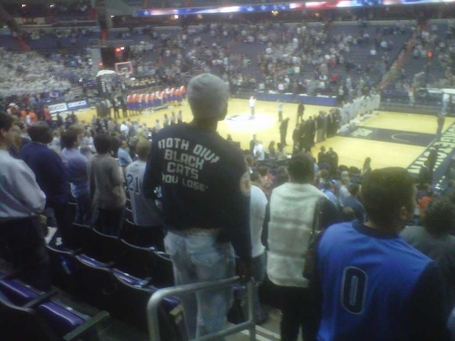 Old Balls Award:
Jerry Sandusky.  LAYUP.  Honorable mention: DeSean Jackson, AKA thine whoest hast ruinedeth myeth fantasyeth teameth.  Jackson is re-writing the book on how not to perform on the field and act off of it in a contract year.

UNC Greensboro is NeXt.