Sleeping With The Enemy: The Tigers of Savannah State

Share All sharing options for: Sleeping With The Enemy: The Tigers of Savannah State

Joe Paterno is done at Penn State, Billy Crystal is back hosting the Oscars, North Carolina and Michigan State are playing a basketball game on the very same aircraft carrier that dumped Osama bin Laden's body into the ocean, and Heavy D is dead.  Welcome everybody, to the 2011-12 college basketball season.

Georgetown's long off-season of discontent is nearly over, and we here at THE GLOBAL PHENOMENON are #excitedinourpants to kick off the 2011-12 college basketball season tomorrow with a monster showdown at the Verizon Center against Savannah State.  Before the game tips off however, we're digging deep and bringing you everything you need to know about Georgetown's opponent.  Special thanks to the Savannah State Athletics Department for providing answers to our hard-hitting questions.  Savannah State Athletics Department, this bottle of bub is for you.  Away we go...

What are your expectations for the season this year?

This is our first year competing in the Mid-Eastern Athletic Conference. The expectation for this season is to compete for a MEAC championship.

More fun with Savannah State after The Jump:

Tell me why Savannah is superior to Atlanta or Athens?

Savannah is different from Atlanta and Athens. Savannah has kept an old historical feel to it. There are some parts of Savannah that looks the same as it did hundreds of years ago. Savannah is known for its look and atmosphere that is provided by the Spanish oak trees that blankets the city.  Also, Savannah is on the coast of Georgia by the ocean. 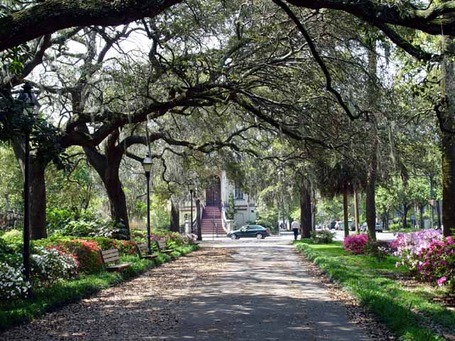 Which school is your biggest rival?

We do not have one right now. But, we anticipate South Carolina State University being our biggest rival because it is the closest conference school to us.

What is the best outcome possible for the team this season? What is the worst case scenario?

What do you think of Savannah State alumnus Shannon Sharpe's work on CBS?

Savannah State is very proud of Shannon Sharpe. After leaving SSU, he went on to successful careers in the NFL and as an analyst on CBS. SSU also congratulates him on his 2011 NFL Hall of Fame induction. 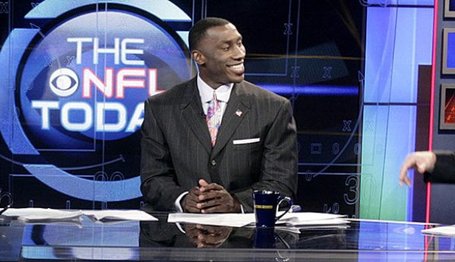 Are there any freshmen or sophomores that you guys are particularly excited about making an impact?

We are excited about junior transfer guard Deric Rudulph. Rudolph came to SSU from Gadsden State Community College where he averaged 19.8 points, 4.2 rebounds and 1.6 assists per game during the 2010-11 campaign

The best place to go for food and drink in Savannah is downtown River Street. River Street has a variety of restaurants and bars that cater to everyone. 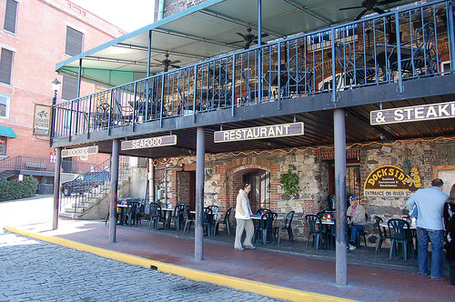 Who are the team's best scorers? Rebounders?

SSU's best scorers and rebounders are Rashad Hassan and Arnold Louis. Both are redshirt juniors.