"The Shot Heard Around The World": A Look Back At The Georgetown - West Virginia Rivalry

Share All sharing options for: "The Shot Heard Around The World": A Look Back At The Georgetown - West Virginia Rivalry

Casual Hoya contributor "OldHoya" explains how a game between the Hoyas and the Mountaineers in 1975 changed the face of Georgetown basketball forever:

In the 1970s, Georgetown played in a loose alignment of schools called the ECAC South (Eastern Coast Athletic Conference Southern Division). The best four among this loose confederation of schools met in Morgantown, West Virginia for a playoff, and the winner of which would qualify for the NCAA tournament. In 1975, the four playoff ECAC schools were Georgetown, West Virginia, Villanova, and George Washington. The finals came down to Georgetown v. West Virginia. 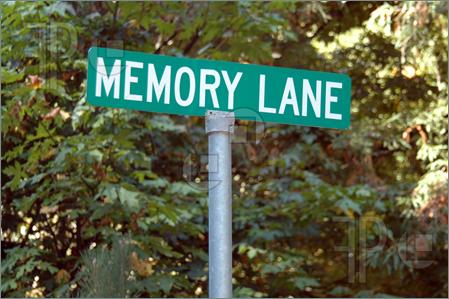 The 1975 Georgetown team was led by the back court duo of Jonathan Smith and Derrick Jackson from Chicago, Illinois, John Thompson's first big time non-local recruit. The West Virginia Mountaineers were led by its back court of current coach, Bob Huggins, and Ernie Hall. West Virginia was up one point as the clock ran down. Freshman Mike Riley, later a Georgetown coach, fouled Ernie Hall with seconds left. When Hall missed the foul shot, Ed Hopkins grabbed the rebound, immediately sent an outlet pass to Bill Thomas, who passed across court to Derrick Jackson. As time expired, Derrick Jackson made a shot from the corner at a distance which is now three point range to claim victory for the Hoyas.

This shot has always been called by the then existing Georgetown faithful as "The shot heard around the world." This 1975 victory over West Virginia on its home court for the ECAC Championship marked the first time in 32 years that Georgetown had gone to the NCAA. But this game was much more. It is arguably the most significant game in Georgetown's basketball resurgence under John Thompson. Here is why.

As Georgetown advanced to the NCAA in 1975, the recruiting prize in Washington, D.C. was Parade All-American Al Dutch who was being nationally recruited. Following Georgetown's qualification, Al Dutch committed to Georgetown, and he would go on to lead Georgetown to a second trip to the ECAC playoffs and the NCAA tournament in 1976. Following Al Dutch's choice of Georgetown, John Thompson recruited John "Bay Bay" Duran and Craig "Big Sky" Shelton. Those of us who were there in Morgantown have always thought that it is the "shot heard around the world" which set in motion Georgetown's rise to national basketball prominence. There are other memories as well from that game in 1975.

The game was called by rookie radio announcer Rich Chvotkin, still the voice of the Hoyas on radio. Also, OldHoya has the fond memory of riding from the hotel to the game in a van driven by Georgetown Director of Admissions, Charles Deacon (the budget for basketball was not then what it is today). The van contained the Hoya cheerleaders, the big drum which was a tradition in the Hoya student section, and Brian McGuire. Charles Deacon became Director of Admissions in 1972 and of course, he still holds that position today. In addition to his exemplary work in establishing Georgetown as one of the nation's finest academic institutions, he was a serious and committed basketball fan. Charles Deacon was the chair of the selection committee which chose then high school coach John Thompson over Washington D.C. coaching legend Morgan Wooton.

I recall celebrating in the exuberance of the Derrick shot in 1975 at a post-game celebration. I distinctly remember to this day that Charles Deacon and I posed to the group that the potential for the successful recruitment of Al Dutch combined with another player of national prominence could bring us into the spotlight under this new young coach. There were many who are still fans that agreed with our assessment. Others thought we had come as far as we could possibly go.

As we head into the West Virginia game this weekend, Georgetown's position as a traditional power, not an upstart, and the stakes are quite different. This is an important game which we need to bring us back into the hunt for top billing in the Big East and another NCAA tournament bid. Hopefully, we will not need a last second shot to win.