The Casual Awards: A Win Is A Win

Share All sharing options for: The Casual Awards: A Win Is A Win

Happy New Year everybody!  Well, 2011 is upon us, the DePaul game is over (THANK GOD) and Georgetown is no longer winless in Big East play.  But before we're ready to turn the page to St. John's, we're handing out hardware to hose most deserving. Away we go... 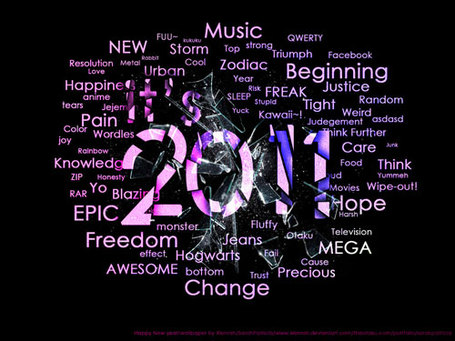 $5 to the first person who spots the Harry Potter reference in the above.  (via Creative Commons license)

The Chris Wright Heart of a Champion Award:
Austin Freeman.  Freeman saved the Hoyas with 21 points, 6 rebounds and 4 assists in a consistent effort throughout.  Honorable mention to Chris Wright, who showed up when it mattered most and keyed a late second half Hoyas surge to put the game out of reach with key defensive plays and conversions on the offensive end.

Dunkin Donuts Coffee Award:
Section 102, Row S. Exclusive consumption of coffee in row during first half gets post-New-Year's Eve raised eyebrow from iheartgregmonroe. Second half recovery included beers all the round, and one purchased under-the gun with 15:35 to play in the second half.

New Year's Day Hangover Award:
Georgetown vs DePaul. It was the first Georgetown game on New Year's day in more than forty years and it showed.  Team was lackadaisical, student section was empty, fans were dead on their feet.  A win is a win, but it is nice to have that lousy, early afternoon mess behind us. 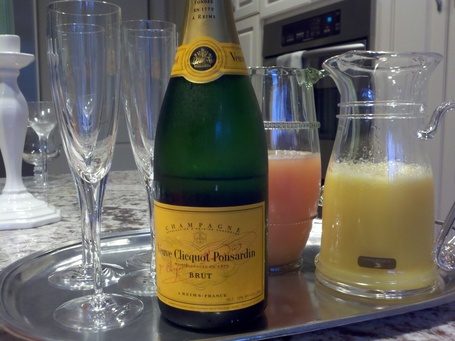 Eli Manning Post Interception Sulking Award:
The Mannings are notorious for making baby faces after throwing interceptions, and Eli is the biggest perpetrator in the family.  This award goes to Chris Wright.  As the point guard of the team, Chris has no business sulking through parts of games because his shot isn't falling.  Like a quarterback, it is imperative that Wright always lift his teammates up.  It's no secret that the Hoyas feed off Wright, as he keyed the run to seal the game against Depaul.  Problem is Georgetown got in a hole partly because Wright was so passive in the first half.

Forget The Past, Focus On The Present Award:
The Georgetown Hoya players and fans.  Too often it seems like both the team and fans alike fall into the trap of thinking about past season collapses.  This team is allowed to have off days, like it did against Depaul, without the fans believing the entire season is over.  Same goes for the players.  Sometimes shots aren't going to fall, it doesn't mean that they are allowed to stop playing defense and communicating.

The "Wow, that's a big number" Award:
The Georgetown Hoyas are 196th in the nation in rebounding.  That isn't going to translate into Big East success.

Randy Moss Questionable Effort Award:
Jason Clark is great on offense.  He has steadily improved all facets of his offensive game throughout his three seasons at Georgetown.  That said, for a guy with good quickness and freakishly long arms, he is mediocre on defense.  He seems to only take his defense seriously when there is a big name player in town.  Kemba Walker?  Corey Fisher?  Jason will be fine.  Problem is he doesn't respect the Armon Bassett and Cleveland Melvins of the world.  And that's how Georgetown finds itself in situations like yesterday.  Clark should be a lockdown defender, it just depends on his effort, nothing else.

Welcome Aboard Award:
TCU. Rose Bowl champs and cheerleaders that will take home the 'Bring It On' award every game of the year?  The Big East is the best.

Document Your Lunch Award:
Port of Call in New Orleans is legendary for its burgers and baked potatoes for a reason. 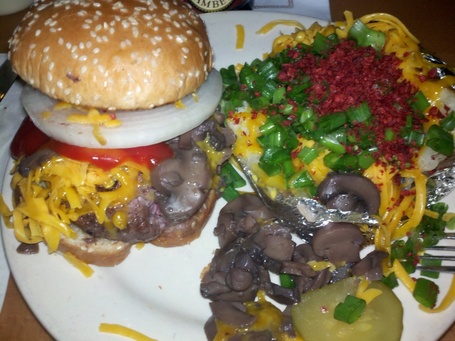 Alex Trebek Award for Fairly Casual Gameshow Performance:
The in-game promotions generally suck but save for the volume being insanely loud, yesterday's were decent. Good trivia question as to which of the four Hoyas in the NBA is averaging the most PPG (inexplicable FAIL as Conan answered Hibbert over Green) and a simply impossible cups and balls thing where even those not hungover from the previous night's festivities couldn't get the right answer. Though still far from perfect, we applaud the effort.

hoyasincebirth Optimism Award:
Georgetown won the game against Depaul and is now 1-1 in conference.  If they take care of business this week and beat St. John's and West Virginia, life will be just fine.

The Red Storm are an Undefeated Conference Juggernaut Award:
St. John's.  RED ALERT!  RED ALERT!  RED ALERT!  St. John's has won two in a row and is tied for first atop the Big East standings with Cincinnati and Syracuse.  Some of you young folks (like people under three years of age) might not remember the typical misery of playing St. John's at MSG but we here at the Global Phenomenon are having horrible flashbacks.  Jahidilikespie: RAISE YOUR NERVOUS LEVEL TO SEVERE!

The Working For the Weekend Award:
West Virginia.  Do the Mountaineers suck this year?  Might Saturday's bizarre 11am tip actually lead to a CASUAL Saturday of an easy conference win, raucous heckling of West Virginia meth-addicts and then WILD CARD SATURDAY?  We hear JGD will be in town as well.  Sounds like ALL SIGNS POINT TO YES!

The Auld Lang Syne Award:
Can we stop singing this ridiculous song on New Year's please?  The lyrics just don't make sense and it's Scottish!  I'd much rather hear Flo Rida's "Club Can't Handle Me".  THIS CLUB CAN'T EVEN HANDLE ME RIGHT NOW.

Old Balls Award:
Jersey Shore cast.  Look, I'm excited as anyone for the new season that begins THIS WEEK, but did any of you see them on that horrendous MTV New Year's Eve thing?  A bizarre mix of pasty (Situation, Vinny) and orange (Sammi), these clowns are beginning to wear off on me.  JWoww continues to amaze, however, and sported a see-through top on the special, which definitely helped me ring in the new year the right way.