Anytime you can escape northern New Jersey in one piece and with your dignity in check, you know you've just earned a significant win. After crushing the souls of Rutgers fans on Saturday, the Georgetown Hoyas managed to wrestle victory out of the jaws of a potentially season-ending defeat last night against the Seton Hall Pirates, and we here at THE GLOBAL PHENOMENON are handing out hardware to those most deserving. Away we go... 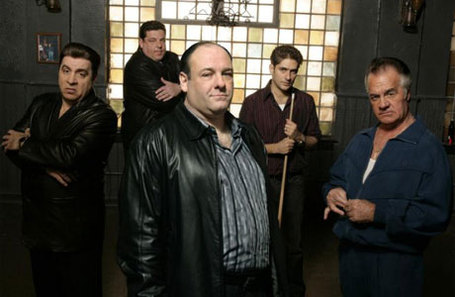 The Chris Wright Heart of a Champion Award:
Austin Freeman. 28 points on 10-13 shooting from the floor, 3-4 from three, and 5 rebounds. Freeman was amazing against Seton Hall, there's just no other way to put it. Deadly from outside and aggressive inside, the Pirates had no answer for Freeman all night. This is the Austin Freeman we've been waiting for. Honorable mention: Chris Wright. 17, 6, and 6 and an assortment of clutch baskets when the game could have gone the other way take a back seat to Wright's majestic two clutch free throws with .6 seconds left that provided the winning 5 point margin and sent anyone with a Georgetown -4.5 betting ticket into a frenzy of joy.

The Award for That Thing that A Road Conference Game is When it is Not a Loss:
A Win. Many years from now, when you are telling your grandchildren about the 2011 Hoyas roadtrip through Jersey that was the start of a magnificent run to the Final Four (or the last two games the team ever won until moving to Division II in 2018), you are not going to recount how awful, like eyes-bleeding awful, last night's game was. All you will remember is that we won. WE WON. So lets take all these sorries and stuff them in sacks. We're on a two-game win streak right now and, you know what, have certainly REASONABLE odds of making it a solid three games next week. Three conference wins in a row. Back to .500. Yes. And then Nova on the road. Son of a...

Haters Gonna Hate Award:
The Anti-Vaughn commenters in the Game Thread. HARSH. But hang on a second. He had 11 points, six rebounds and four blocks. And Vaughn rode on Herb Pope all night until he fouled out. And from whom did the next basket come? Vaughn, backing a weaker Pirate down. And now the game is in the W column. There are a lot of people who read THE GLOBAL PHENOMENON who think that when they are watching games on the 22-inch televisions in their mother's basement that they are ALL-SEEING and ALL-KNOWING, that all these angles and personnel matchups are blind to all in the world but them. They suck. Hoyas Win.

Rudy Award:
John Caprio. Just an incredible eye for a program. Turning down Rutgers and Seton Hall to walk on at true Big East power like Georgetown? Just a heady move by the freshman. Georgetown is unbeatable in North Jersey.

John Thompson III Award for Great Coaching:
Up 3 on the road in the closing seconds with less than 10 team fouls? FOUL. Great call by Thompson, especially considering Seton Hall was shooting better from the field than the foul line in the second half.

Elephant in the Room Award:
Georgetown has no interior presence. Herb Pope absolutely dominated Vaughn. And where have you gone, Henry Sims? Ugly ugly ugly.

Document Your Lunch Award:
Korean soup: rice noodles with casual helpings of zucchini, kimchi, and spinach, and topped with seasoned ground beef and some casual spicy sauce. Nice cup of miso to blend everything together. $10.73. 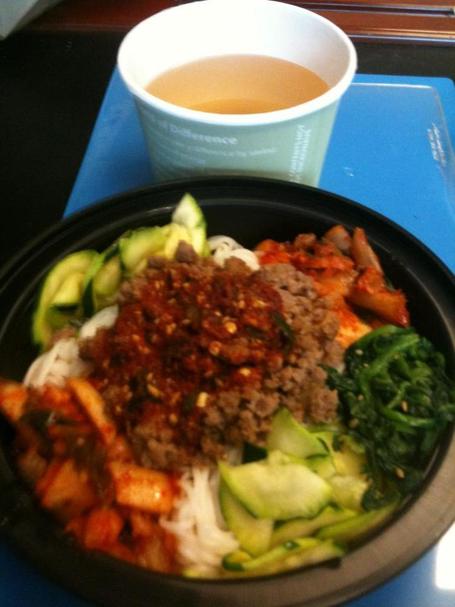 
Back To Basics Award:
Georgetown. 18 assists on 29 field goals? This isn't profound but Georgetown is a markedly better team when they are setting their teammates up for good looks. 13 turnovers against a team as bad as Seton Hall is definitely an issue but credit where due, they played as a team last night.

No Junk In The Trunk Award:
The Starting Five. There has been some ridiculous talk that Thompson needs to shake up the lineup and I present a simple question - with who? Nate Lubick has proved capable (though his determination to dribble on the perimeter is a serious issue) but as the season progresses, we have to have our best five on the floor. Take a look at the box score and it's clear who those players are. We've loved seeing Sims make strides but attempting one shot and getting no boards in nine minutes? Unacceptable and sticking with Vaughn was the right move.

The Abyss Award:
Remember when Georgetown was parading out 10 players a game and our bench was one of the deepest in the conference? Not sure what's going down, but the rotation has been cut to 9, with only 8 players receiving substantial minutes. The bench contributed just two points in this game, and mysteriously Vee Sanford remains on the pine while Jerrelle Benimon actively tries to ruin everything in his limited time on the floor.

Harvey Two Face Make Your Own Luck Award:
Seton Hall came millimeters away from taking the lead and tying the game with three pointers with two minutes to go in the game but luck, I mean fate, prevailed and the Hoyas escaped with a victory.

The Wrecking Ball Award:
Chris Wright. Wright was bailed out by getting the foul call on that absurd 1 on 2 drive with just over a minute to play and the game hanging in the balance. Aggression is casual, but stupidity isn't. That manic drive could easily have resulted in (another) charge or a turnover, but It worked out, so whatever.

Ass Meet Bench Award:
Jerrelle Benimon. I'm all for giving the starters a breather, especially since it appears they're now playing more minutes, but Benimon has been a disaster of late. I have a small spot in my black heart for hustle players who leave it all on the floor, but I'd prefer if they knew how how to dribble or shoot.

Pat Forde Has a Huge Hard On Award:
Pat Forde. We are only four days away from the second biggest rivalry in the Big East, according to Forde: Rutgers vs. Seton Hall. WHOA NELLY.

The I Can't Believe It's Not Butter Award:
I think it's time for Jason Clark to switch his choice in hand soaps from whatever slippery product he is currently using to perhaps a casual bottle of pink grapefruit scented SoftSoap. ENOUGH IS ENOUGH.

Deja Vu Award:
On three separate occasions the Hoyas came out of a timeout and turned the ball over on the next possession, which increases the number of times this has happened this season to roughly 1,000. I don't know what is going on in the huddle or whether the players are simply not executing, but this is getting absurd. Like really, really absurd.

Jim Nantz Commenter of the Game Award:
Again, too many to choose just one, so here's a sampler of some of the finalists:

Playing a game on MASN

Is like being the beautful girl at a school full of fat, ugly women.

missed that 3 as badly as Clark. Get him and Roy a package deal with the sports psychologist.

Me: I might just buy full court tonight for this game..probably cheap

My brother: Keep watching the chick’s game instead….this is putrid

Just got home from work and what is this

Please tell me MASN is accidentally showing a recap of us playing against a challenging team, like Coastal Carolina or Depaul…

at least no one has lost a contact lens yet

I want wins, not tradition

I wouldnt trust him around the player's shoes

I feel no shame in saying that.
HOYA SAXA!!!

Hyperbole Award:
After the game JT3 said that Jeremy Hazell is the toughest guy in the Big East to guard. Really? I can't wait until the UConn game.

Jersey Shore Award:
The Hoyas are clearly the toast of New Jersey, but let's give it up for The Situation for what he's doing thus far on Season 3. He's not closing as much as he should be, but his unintentional comedy is off the charts. His reaction while new girl Deena was stripping in front of him was priceless, his coming to terms with being left with a peanut butter and jelly sandwich after being cockblocked by Vinny out of that threesome was oddly mature, and his slick maneuver in managing to ditch a waiting-in-his bed horrendous Deena was epic. His new hair style is horrible, however.

ARE YOU F-CKING KIDDING ME AWARD:
Award for my reaction upon realizing that this was the first game since DePaul that Georgetown had more assists than turnovers.

White Men Can't Jump Award:
Nate Lubick. Not for his jumping ability or his whiteness, more for that horrific behind the back pass when the Hoyas were down 5 with less than 6 minutes to go.

Lost In The Shuffle Award:
Hollis Thompson. Lost in the panic and shuffle focused on our three guards, Hollis is quietly having himself a pretty solid sophomore campaign. 14 points on 7 shots last night, along with nice ball movement and driving, the future is bright for young Hollis.

We Needed That Award:
Casualhoya.com. You think it's easy producing content on a daily basis that no one reads? Try doing that for a team coming off a loss at Seton Hall, plunging out of the top 25, and with a 7-day layoff before a rematch with St. John's.

Old Balls Award:
Look, you might like The Big Bang Theory, but there's simply no way in hell that dude who won the Globe for Best Actor in a Comedy can even hold Alec Baldwin's jock on 30 Rock.