I enjoy the Golden Globe Awards more than the Oscars. There, I said it. After that much needed WIN by your Georgetown Hoyas against Rutgers, we here at THE GLOBAL PHENOMENON are handing out hardware to those most deserving. Away we go... 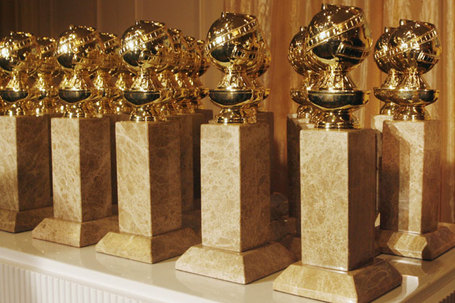 The Golden Globes are the best.

The Chris Wright Heart of a Champion Award:
Austin Freeman. WELCOME BACK! Freeman rebounded from a slew of lackluster performances with a 25 point and career high 9 rebound effort against the Scarlet Horrifics, and saved the Hoyas when it appeared Rutgers was making a push to take the lead by rattling off 11 consecutive points to restore order in Hoya Land.

Happy 21st Birthday Award:
Jason Clark. Is there anything you can't learn by monitoring the Twitter feeds of collegiate student-athletes? Happy birthday to one-third of of, uh, DC-3. Oh, and look, he gave us a present: a win at Rutgers. Just what we wanted. On the night of my 21st birthday I got tossed from The Tombs after a few too many shots rendered it impossible for me to see.

Fundamentals Award:
Georgetown followed up a disastrous 14-25 performance at the free throw line against Pitt by hitting 17-19 against Rutgers. Austin Freeman was a clutch nine for nine, and Chris Wright was the only Hoyas starter to miss a freebie.

Ricky Gervais Killing It Award:
Just like Gervais dominated the Globes opening monologue, this award goes to the Hoyas for setting the tone right out of the gate in both the first and second halves. Georgetown started the game on an 8-0 run and scored the first five points in the second half to expand a six point lead to double digits, spurts which prevented Rutgers from ever taking the lead in the game and allowing the Hoya faithful to breathe relatively easy throughout.

The Pride of Eight Mile Award for Musical Selection that Gets the Season Back On Track:
Eminem. There were some haters in the comments on Friday who didn't think the clutch pick of "Not Afraid" by Eminem wasn't an appropriate selection to get THE GLOBAL PHENOMENON fired up for a key game against Rutgers. Well those people are idiots. And now begins our long journey into the Marshall Mathers discography for a suitable pre-game selection for Seton Hall. GUESS WHO'S BACK? SHADY'S BACK!

People that should have to take the short bus: Jerelle Benimon.

Haters Gonna Hate Award:
Haters. Yeah it was Rutgers. But the team wasn't going to bounce back playing the best teams in the country. They needed to play another struggling team to find that mojo they have been missing since conference play began. And it was a win on the road, which is never an easy thing in this league.

Bring On Syracuse Award:
Playing against a zone, and late in the second half, all 5 Georgetown players touched the ball as it was swung from the right corner to the left for an open 3 by Jason Clark. In any event, that was the best ball movement that Georgetown's had in the past few years. It might have taken a long time to figure out but moving the ball from one side of the floor to the other, rather than aimlessly passing it back and forth is a much more effective way to attack the zone. Bring on the Orange.

Hoyasincebirth Was Right Award:
Maybe simplistic statements like "all we need is for our shots to fall' were right and with Georgetown making 90% from the line and 50% from the 3 point line, this was true. Before we start getting too giddy, however, let's keep in mind that we were playing against Rutgers.

Radio Nowhere Award:
Prior to the game Casualhoya made an appearance on WCWP in New York (shameless plug) in which he stressed that Georgetown would need to improve 1) rebounding and 2) its assist to turnover ratio in order to have success in Big East play. YES I AM A GENIUS. Against Rutgers, the Hoyas were outrebounded by a 28-25 margin and dished out 9 assists while committing 13 turnovers. Enjoy this win while you can. 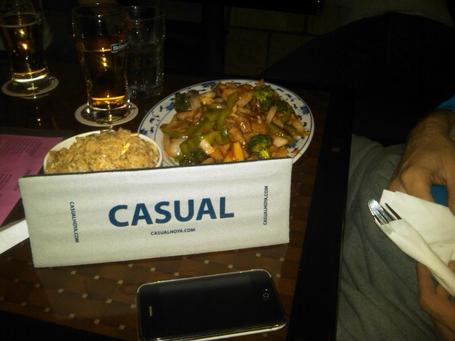 Jimmy V Award for Never Giving Up:
Louisville Cardinals. An 18 point comeback in 5 minutes?!?! ARE YOU KIDDING ME? Is there any reason that every single Big East game should not be televised? Bring Game Day to DePaul vs. Rutgers - I guarantee it will be a lot more exciting than Duke-VT or whatever other asshat ACC rivalry ESPN wants to promote. Big East is a Beast.

Old Balls Award:
This one goes out to both #1 seeds in the NFL playoffs, the Atlanta Falcons and the New England Patriots, for crushing the souls of their loyal fanbases with horrible performances on their home turf. Special shout out to Falcons QB Matt Ryan, who for some reason has the nickname "Matty Ice" even though he owns the worst postseason QB rating in NFL history, and Patriots receiver Wes Welker, who followed his epic (and impressive) foot fetish laden presser before the Jets-Pats game with a dud on-field performance.

The Award for Inexplicable Behavior by a Bar Manager During the NFL Divisional Playoffs:
The jackass at Masa 14. Delightful sake and hand rolls and with the Ravens/Steelers game on the televisions, what could go wrong? How about loud cheering following a Ravens pick that prompts the manager to come over and tell a casual crowd to keep it down? ARE YOU KIDDING ME? THIS IS A BAR! IT IS THE PLAYOFFS! And let's forget for a moment the pulsing techno bouncing off the walls. Why in God's name are do you have sports on the televisions if you don't want people reacting? As a fellow diner said: "Well, why don't you put on some Opera?" Tab closed. Will never return. See you in hell, Masa 14.

The Only In America Award:
I'm pretty sure the woman who played Peggy Bundy in "Married With Children" just won a Golden Globe. I love this shit.

The Georgetown Hoyas are (as of this post) a nationally ranked powerhouse.