Sleeping With The Enemy: The Scarlet Knights of Rutgers

Share All sharing options for: Sleeping With The Enemy: The Scarlet Knights of Rutgers

It's been a rough couple of weeks for the Hoya faithful, with loss after loss after loss after loss producing negative vibes among a fanbase that not long ago was dreaming about 2 seeds and long runs through the NCAA Tournament.  Now, I think we should just concentrate on getting there, and that road begins with a MUST-WIN game at Rutgers.  As usual we here at THE GLOBAL PHENOMENON are bringing you everything you need to know about Georgetown's next opponent.  Special thanks to the boys at On the Banks, the best damn Rutgers blog on the internet, for providing answers to our nifty questions.  Fellas, this Natty Ice is for you. 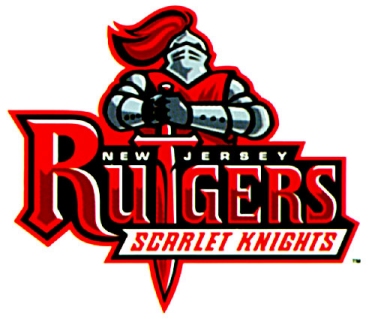 We attended last year's game at the RAC. Rutgers has forever ruined Valentine's Day for Georgetown fans. Do you feel bad?

Honestly, no. Just think about how much better my week got.  It might be selfish, but we had suffered a lot of losing before that game.

What happened with Mike Rosario? Were you upset seeing him transfer? Who will take over salsa dancing duties on the scorer's table if Rutgers pulls off another upset this year?

I don't exactly know why Mike transferred. I think it had to do with Fred Hill not being fired immediately after the season. Once, after a very long period of time, Hill was fired, the situation was too far gone for Mike to come back. Am I upset? I wish he had stayed, he really could have flourished under Mike Rice's system and we need another guard. But am I upset? Not if Mike transferring helped push Hill out the door.

As for dancing? Our coach danced after we beat Providence last week, though he was able to do it in private.

C. Vivian Stringer is a legend in the women's coaching world. Does it ever feel similar to UConn where the men's team takes a backseat to the women?

No. The only time I ever felt that RU woman took the front seat was during that unfortunate Imus incident. In fact, I wished the woman took a front seat, with the way the men have played. When I was still at Rutgers in 2000, the women went to the final four and there was barely a peep on campus. The women and CVS are very successful and deserve more accolades.

What do you think of the job Mike Rice has done so far? Were you excited when he was hired? Anyone you would have rather Rutgers hired that was in consideration?

I think Rice has done about as well as he could have in this situation. The team plays much harder and much smarter than they ever did under Fred Hill, and they have the ability to upset almost anyone if they play well. His recruiting has been incredible. I was excited when he was hired because he wasn't Fred Hill. Then I saw the press conference, and got very excited. The guy has said and done all the right things, and now is recruiting with the best of them. At the time, I thought Fran Fraschilla would have been a good Rutgers match. Turns out it appears, I was wrong.

Hoya faithful know Rutgers first year assistant David Cox pretty well. He wasn't able to deliver many recruits to Georgetown, but seems to have lined up a nice recruiting class for next year. Do you think he'll be able to consistently deliver quality talent from his ties with DC Assault?

I think if Rutgers continues to be successful and start to show an upward trend in winning over the next few years (our next two recruiting classes look full), he'll have no problem. If we keep losing, it'll be a lot harder.

Who does Rutgers consider its biggest basketball rival? Football?

In basketball, it's Seton Hall. The campuses are only about 30 miles apart, and the fans don't like each other very much. In football it's Syracuse (in terms of recruiting the same area) and UConn (in terms of the quality and closeness of the games.)

Speaking of football. What is going on with Greg Schiano and company? In the watered down Big East, do you see them competing for a BCS birth in the next five years? Do you think he regrets not taking a bigger name job when he had the chance back in 2006?

I don't know exactly what's going on with Greg. I think it was a poor series of events: a bad offensive line that never clicked, a bad offensive coach hire, and the Eric LeGrand injury. All really hurt the team this season. Recruiting, however, has been really solid, and Schiano has seemingly rectified the offensive coordinator situation by making a smart hire. If those two things come together smoothly, the opportunity for another 2006 and a chance at BCS will be there. As for taking another job? No, I tend to take Greg at his word and think he wants to be here long term.

It's Friday night in New Brunswick. Where am I going to meet ladies and get my freak on?

Considering I'm 31 and married, I don't really know anymore. Sorry, I know that's a disappointing answer. In my day, I think Olde Queens Tavern was a great place to hit.

Who are this year's teams best scorers and rebounders?

Jonthan Mitchell leads the team in scoring (he had a great game against G'Town last year too). He can hit the outside shot, and this year he's finally started to get into the pain. Gilvydas Biruta is a tenacious freshman forward. He's done a heckuva job rebounding so far, and is only going to get better. Our rebounding is pretty bad this year, but has started to show an upward trend.

I have sampled the Grease Trucks before. What is your go to order when you go there? How many meals a week can you consume there before going into cardiac arrest? 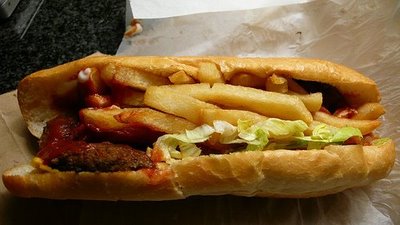 I'm a Fat Cat guy. Two cheeseburgers, french fries, bacon, lettuce, tomato, onion ketch-up and bacon. Not too exciting, but I like it. Nowadays? I might be able to eat there once a year without having to dial 911.

This year is pretty much a wash. I love seeing the team play hard, and I want them to steal some wins. I think they'll surprise and finish closer to 10th than they will 16th, maybe finishing close to .500--um, 14-16 overall? If Rutgers only wins 1 Big East game this year that would be a disappointment. I think Pittsburgh wins the regular season title. They're just really deep and really good.

Do you see an NCAA tournament birth in the next five years? What went wrong with the Fred Hill era?

Yes, I think RU finally gets over the hump in the next five years. Rice really seems to know what it's going to take to make that happen. If Boeheim and Calhoun retire in that time, we might have an even better chance.

As for the Hill era? The guy just didn't know how to coach or manage a program. He knew how to get kids here, but he didn't know how to handle them. Twice he avoided veteran players and handed the keys to the kids. He never gave the team an identity, and once the losing set in, the players started to transfer out. There weren't the same rules for each player apparently.

When we visited the RAC on the day that shall not be mentioned, we were overwhelmed by the dull yellow quality of the lighting. It felt like entering a cloud of urine, which now seems appropriate considering the results of the game. What's that all about? Also, do you agree with putting up banners celebrating NIT berths?

I have no idea about the lights.  As for the NIT banners... we haven't been to the NCAA since 1991, I'll take any positive banner I can.

Pretend I'm a high school senior from Hazlet, New Jersey. Why do I choose Rutgers over Seton Hall and TCNJ?

Are you an athlete? We have more programs and a better athletics department. If you're not an athlete, look at our academics. We're a big school, but we're a nationally recognized research University. We have almost all the majors you could want, nationally recognized professors, and you're sure to get a great education. And if the athletics continue to show signs of success, it's only going to be harder to get in because there'll be more demand from applicants. Rutgers can then be picky and take better students.

How do you see this game ending up? What is your final score prediction?

Oof, this is a tough one. Georgetown's started the BE season a bit shaky, haven't they? I wanted to wait to see how G'Town does against Pitt tonight--I think they win. It's about time they get on a little roll. So I'll say Georgetown wins, but it's a battle. How about Hoyas 68 RU 64?