Sleeping With The Enemy: The Panthers of Pittsburgh

Share All sharing options for: Sleeping With The Enemy: The Panthers of Pittsburgh

Your Georgetown Hoyas are in trouble kids, but in the bruising Big East there's no time to waste sitting around feeling sorry for yourself and whining about it, because THAT'S WHAT WE DO DAMMIT.  As usual we here at the Global Phenomenon are bringing you everything you need to know about Georgetown's next opponent.  Special thanks to Cardiac Hill for providing answers to our always intriguing questions.  Cardiac Hill, this non-alcoholic beer is for you. 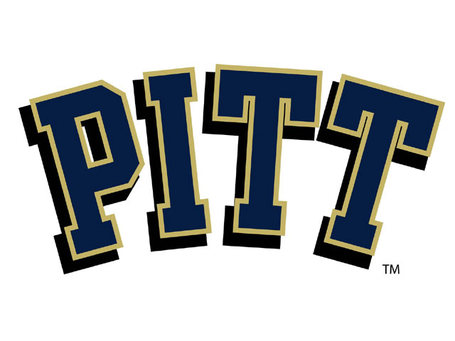 Is Jamie Dixon the best coach in the Big East?

To be honest, I'd say probably not. It may be nice to think that, but Dixon probably needs to at least get to a Final Four before he can lay claim to that title. Jim Boeheim and Jim Calhoun have not only done that several times, but they also have won a national championships. It's hard for me to put Dixon in that company until he at least gets to a Final Four or two.

Umm, so like, what happened with Michael Haywood? Did you think he was a good hire before he allegedly beat the crap out of his wife?

I don't think anyone saw that coming. And no, I was not in favor of hiring Haywood. I said all along that he had only one good year at a MAC school and that simply wasn't enough in my opinion. Pitt was hanging its hat on the fact that Haywood was a disciplinarian and a good guy. When you base hires on intangibles such as those, you're setting yourself up for mockery because no one is perfect. The one thing that Pitt did right in this whole mess was act swiftly. But it's been a complete disaster to be sure.

We know a thing or two about coaches with mustaches. From an outside perspective, it looked like Dave Wannstedt did a great job bringing in talent, but just couldn't get to a BCS bowl. What went wrong? What are the expectations for Pitt's football program?

Quite simply, Pitt failed in big games. They had a big lead against Cincinnati in 2009 and blew it. They had a 1 1/2 game Big East lead this year and couldn't get things done against West Virginia or UConn. The team has talent and from time to time, would get a nice win. But every time the spotlight was on them, they seemed to wilt. I think they were 0-5 this year on national TV, so the perception of Pitt has a been a nice little program, but not much more. Pitt constantly talks about getting back to the glory days of the 1970s and early 1980s when they competed for national championships. I think Wannstedt had them moving in the right direction, but that sort of thing doesn't happen overnight. The goal has been (and until they achieve it, will continue to be) to win a Big East title.

We were shocked when DaJuan Summers got picked before DeJuan Blair, and Pistons fans have started calling DaJuan Summers "the wrong DaJuan". Do you think Blair will have a lengthy career in the pros or will his lack of ACLs catch up to him?

I think Blair will have a long career. He's definitely talented enough, so the question, as you point out, is health. The ACL thing sounds scary, but other than missing a game or two in college, he was really durable. And he's never missed an NBA game yet, playing in all 82 last year and all 33 to date this season.

Who do you see Pitt getting as their next football coach after Haywoodgate?

I'd like it to be Bradley and base that on his knowledge of the area, his good abilities as a recruiter, and his proven success as a coordinator at a big time school. Plus, he apparently wants to be here. But will that happen? I don't know. Despite expressing interest the first time around, he couldn't even get an interview. I think the next coach will be someone what the Haywood hire - someone who has had head coaching experience at a lower level school, but hopefully they'll open it up to coordinators with a lot of experience. There's been talk of NFL guys like Marvin Lewis, but I don't see it happening. Someone like Lewis could make a lot more money as a coordinator in the NFL than he could as head coach at Pitt - and without the headaches of recruiting, boosters, etc.

Jamie Dixon has had great success in the regular season and Big East Tournament, but his NCAA Tournament record leaves something to be desired. Any reason for this lack of success that you see? Or is it just some unlucky breaks?

Other than the 2008-09 team that had DeJuan Blair and Sam Young, Pitt has always lacked a superstar go-to player. Someone that can make things happen from game to game on their own. That 08-09 team was pretty good and could have won the title, but they fell just short losing to Villanova at the buzzer. Pitt wins games based on defense and rebounding, but needs to eventually add a star player or two. They're starting to make progress in that respect, though, with highly-ranked Khem Birch coming in next season.

Where do you expect Pitt to finish in the Big East this year? Would anything other than a top 4 finish be disappointing? Anything less than a top three finish would probably be disappointing. But as you pointed out, the team gets to the tournament every year and its success is really tied to how well they do in the tournament (other than last season when they were looked at as a borderline tournament team to start the season). If Pitt finished eight in the conference but made a Final Four, that would be seen as a rousing success. From what I've seen so far, I expect to Pitt finish 1st or 2nd in the conference. I think Pitt and Syracuse are probably the leaders.

Who do Pitt fans consider their biggest basketball rivals? Football?

Basketball, it's probably UConn. Syracuse may be better this season and in others, but fans really dislike the Huskies ... especially after Calhoun really started doing a lot of complaining in that 2008-09 season when Pitt won both games. For anyone above the age of 30, Penn State is still seen as a huge rival, even though the schools haven't played in about a decade. But in reality, it's probably West Virginia.

It's Friday night on Pitt's campus. Where are the cool kids going to get their freak on?

Man, you're asking the wrong person. I've not been in school for nearly ten years now and I don't even know what spots are still around. How about any non-frat house party in South Oakland for an answer?

How has the city reacted to Ben Roethlisberger this year? Do you think the Steelers will somehow get past the Patriots to get to the Super Bowl?

To be honest, I see very little anti-Ben sentiment out here. Maybe fewer jerseys, but that's about it. I'm not Steelers fan, so you're actually going to get an objective answer from me. No, I don't think the Steelers will beat the Patriots (though they're plenty capable). And if Indy beats the Jets, the Colts could give the Steelers trouble after the bye. You heard it here first. (Casual Note: Nope)

If I told you that either Pitt basketball or Pitt football could win the national championship next year, which one would you choose? Is your answer consistent with the rest of the Pitt fanbase?

I've never seen the school win either, so any title would be fine with me. Basketball is, and will probably always, take a backseat to football around here, so I think fans would rather see a football title. I'll go with football just because I've seen some success in basketball, but very little in football. But trust me, basketball would be plenty fine by me and will probably happen before football does.

We know about Ashton Gibbs, Brad Wanamaker and Gary McGhee. Tell us about someone on the team that is going to contribute in the game against Georgetown that we aren't expecting.

I'll go with Nasir Robinson. Nas started off the season injured and was the starting power forward last year. He's been getting healthier and healthier and reclaimed his starting spot in the last game against UConn. He rewarded Dixon with a double double.

Why is Pitt so good at rebounding every single year? Give us some tips we can pass on to the Georgetown staff.

Just what they preach here at the program. Robinson is a perfect example - he's a 6'5" power forward for crying out loud. Dixon and Ben Howland before him got players to buy into defense and rebounding, worrying about that above all else. Like I mentioned, it's hurt them at times because top recruits don't always want to hear about that. But if you get guys to really buy in, it's a great formula.

Hypothetically, if the Triple A All Star team played the Pirates in a best of seven series, who wins?

The Pirates, but that's only because most of the AAA roster from last season is playing in the majors now.

How do you see this game playing out? What's your prediction for the game?

I think it's going down to the wire and I think it all depends on how Georgetown shoots the ball. Playing an experienced guard oriented team on the road scares me and Georgetown is hot from the field, it might not matter how well Pitt can rebound. Pitt doesn't have enough great individual defenders to lock down the Hoyas' guards, but Pitt clearly has an advantage inside. To be honest, I don't know. This is the definition of a pick 'em.