In the words of Michael Jackson: THIS IS IT.

Today is the final day in the 2010 version of the contest that is taking over the globe.  And what better place to end our trip around the planet than in the Holy Land, ISRAEL. That's right, ISRAEL.  Not PALESTINE.  ISRAEL.  Enjoy. 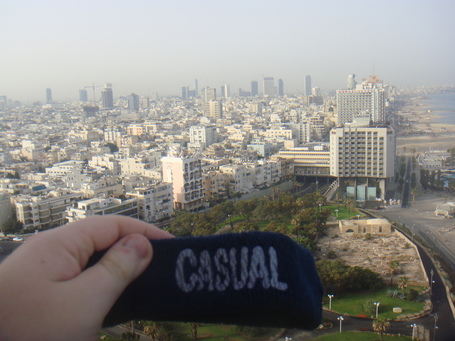 The skyline of Tel Aviv with the Mediterranean on the right.  Tel Aviv is the most populous city in Israel, which is the home of Bar Rafaeli.

Tel Aviv is classified as a beta+ world city, being a major economic hub and the richest city in Israel, and home to the Tel Aviv Stock Exchange and many corporate offices and research and development centers.

Its, bars, cafés, restaurants, upscale shopping,great weather, cosmopolitan lifestyle and famous 24-hour culture have led to it being a popular tourist destination for domestic and overseas visitors alike, and has made its reputation as "the city that never sleeps". Named by Out Magazine "the gay capital of the Middle East", Tel Aviv is a liberal and accepting city for lesbians, gays, bisexuals, and transgender-transsexuals with a well-established LGBT community.

(More Holy Land after the Jump)

What trip to Israel would be complete without a pit stop in Jerusalem to take a picture of a wall? 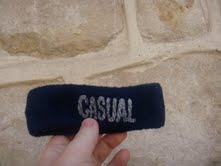 The Jerusalem Biblical Zoo has ranked consistently as Israel's top tourist attraction for Israelis.The popular Teddy Stadium is considered one of the leading association football (soccer) stadiums in the country.

And THAT IS THAT.

Tune in later today at 11:15am right here at THE GLOBAL PHENOMENON for the Casual Selection Show to unveil of the bracket that will determine who will be the Champion of the 2010 Casual Summer Headband Series.

Millions Sixteen have entered.  One will win.