Share All sharing options for: Live Casual or Die Trying: Defining Casual for the New Millenium

In the 18 months since this blog was founded I have fielded many questions from Casualties and non-Casualties alike wondering why this blog is named Casual Hoya.  Why is it that a blog devoted to hard-core Hoya hoops football fans is named after a word that by definition means "occassional" or "off-hand"?  Wouldn't "Not CasualHoya.com" be more appropriate?  Well, as it turns out, you all had the defintion wrong.  But it wasn't until I was sent the below license plate by one of our loyal subjects that I was overcome with clarity and finally able to produce a definition that I hope will give you a better understanding of what casual truly means and in the process give your lives greater meaning. 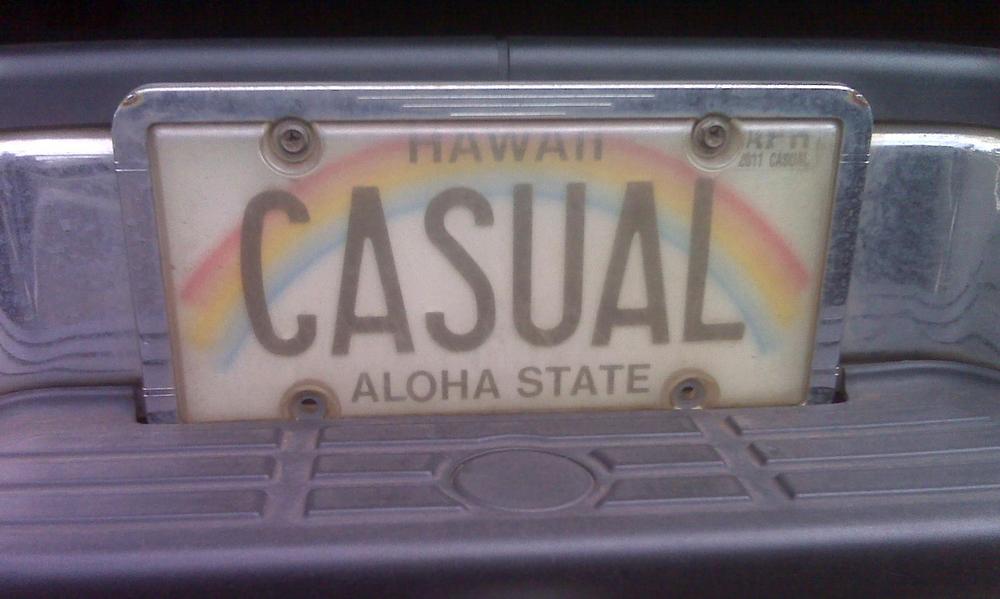 Casual - Like aloha, casual means a lot of things.  Best described as a lifestyle choice, casual can be applied to many facets of life.  Certain people are casual.  Certain foods are casual. Certain things are casual.   And certain Big East teams that play at the Verizon Center can be both casual and not casual depending on the game.  Casual is a living, breathing, ever-expanding and all-encompassing way of life.  Stay thirsty casual my friends.

We at THE GLOBAL PHENOMENON cannot stress this new definition of Casual enough, so to remind you what it is on a daily basis we have added it to the blog's homepage, as a "widget" that appears just above the Casual Twitter Nonsense feed.

May all your days and nights be supremely casual.