Share All sharing options for: Casual Summer Headband Series: Keeping it Casual in Versailles and Barcelona

I know many of you determine the official start of Friday by the unveiling of a new entry in the Casual Summer Headband Series, the contest that is taking over the globe.  Unfortunately loyal readers, we have misled you, as today is merely Thursday.  This vile deception is due to our efforts to fill out the Casual Headband Sweet Sixteen bracket before Labor Day, and in order to do so, we are forced to post two headband entries in two consecutive days.  So get ready for a double whammy of fun, excitement and envy as we take you on a trip around the world, casual style. 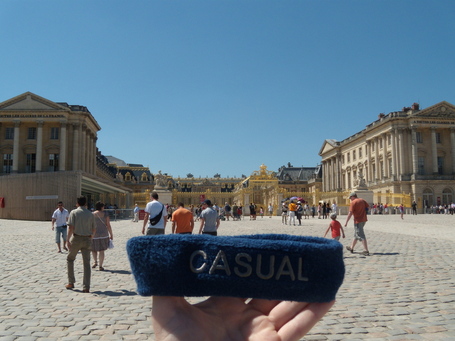 Versailles, home of the Sun King, Louis XIV - the most casual king ever, I think

The Palace of Versailles (pronounced [vɛːʁ'saj], "vair-sigh"), or simply Versailles, is a royal château in Versailles, the Île-de-France region of France. In French, it is known as the Château de Versailles.
When the château was built, Versailles was a country village; today, however, it is a suburb of Paris, some twenty kilometres southwest of the French capital. The court of Versailles was the centre of political power in France from 1682, when Louis XIV moved from Paris, until the royal family was forced to return to the capital in October 1789 after the beginning of the French Revolution. Versailles is therefore famous not only as a building, but as a symbol of the system of absolute monarchy of the Ancien Régime.

(More goodness after the Jump)

After a casual visit to the "symbol of the system of absolute monarchy of the Ancien Régime," why not cool off by checking out the beach, in Barcelona!?!? 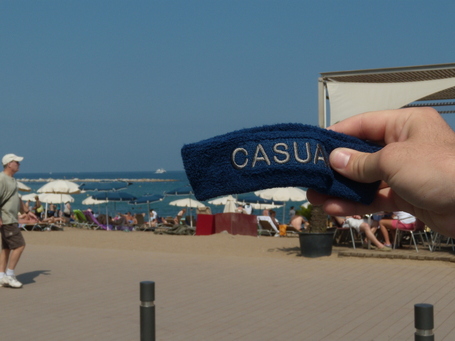 Ranked the best beach city in the world by National Geographic, Barcelona contains seven beaches,totalling 4.5 km (2.8 mi) of coastline. Sant Sebastià and Barceloneta beaches, both 1,100 m (3,610 ft) in length,[32] are the largest, oldest and the most frequented beaches in Barcelona.

The end is really freckin' near.  A champion shall finally be determined.  You will decide.  Stay tuned.