Sorry to interrupt the remarkable parade of Casual Summer Headbands Bracket Contests, but here are a few pics from last night's Saints - Vikings experience in the Superdome. 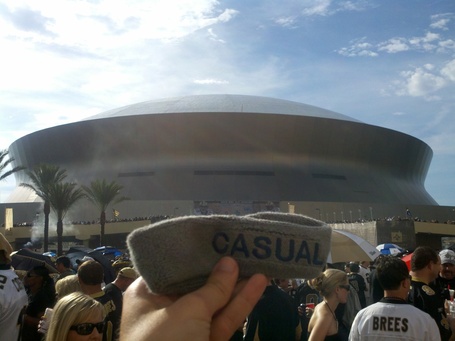 Saints - Vikings pictures after The Jump: 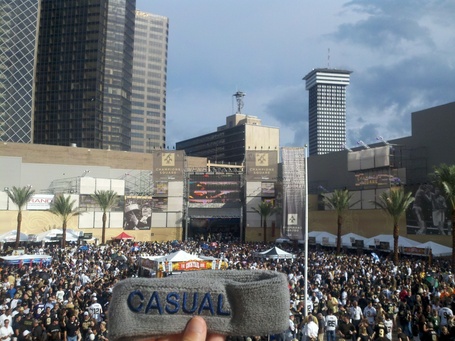 Casual Champions Square, the newly created venue for pregame upside which features concert stage and booths for local restaurants to sell their foods to customers so they can document them. 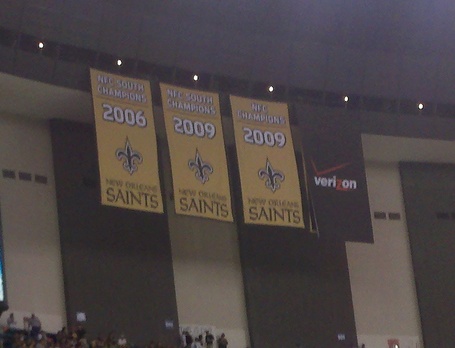 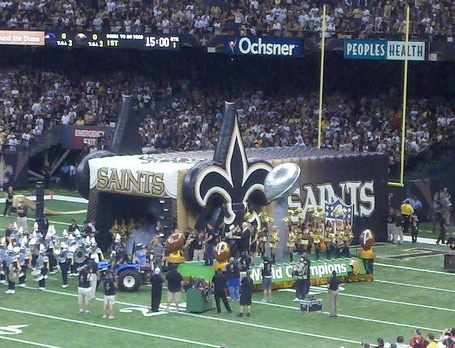 This parade float contained the Lombardi Trophy and Harry Connick Jr, who crooned a few lines of 'When the Saints Come Marching in' before the unveiling of the Super Bowl banner 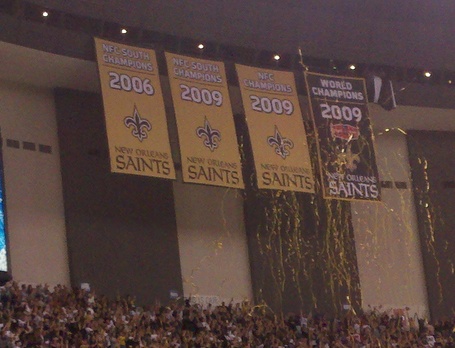 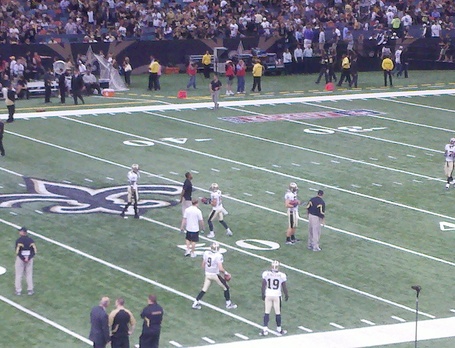 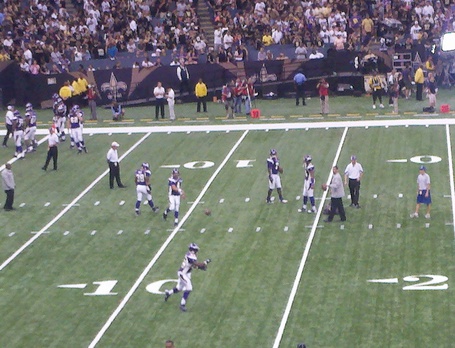 Brett Favre practicing the 3 yard out to Adrian Petersen, a play Vikings fans will likely see a thousand times this season. 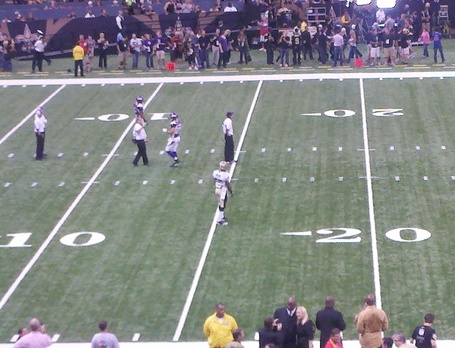 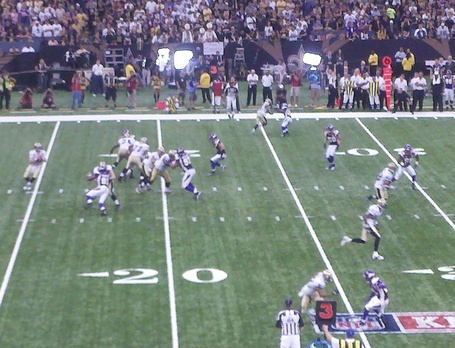 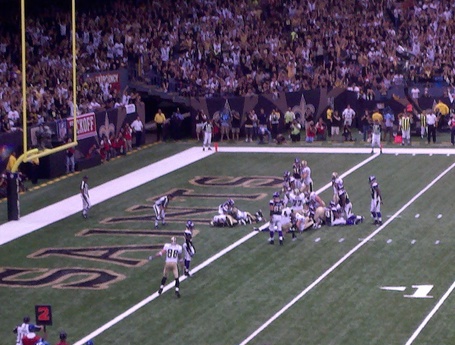