Casual Summer Headband Series: Keeping it Casual While GETTING ATTACKED BY SHARKS!!!

Share All sharing options for: Casual Summer Headband Series: Keeping it Casual While GETTING ATTACKED BY SHARKS!!!

This week's entry in the contest that is taking over the globe comes from a casualite who is clearly willing to sacrifice life and limb to win Casual Glory.  And what better way to tie in Shark Week on the Discovery Channel with the festivities on THE GLOBAL PHENOMENON than with these pics of a headband about to be eaten by a Great White Shark. 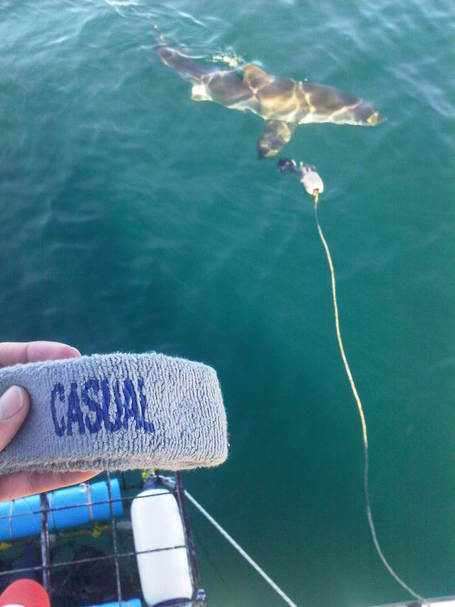 YOU'RE GOING TO NEED A BIGGER BOAT!!!

The great white shark, Carcharodon carcharias, also known as great white, white pointer, white shark, or white death, is a large lamniform shark found in coastal surface waters in all major oceans. The great white shark is very well known for its size, with the largest individuals known to have approached or exceeded 6 metres (20 ft) in length[3] and 2,268 kilograms (5,000 lb) in weight.[4] It reaches maturity at around 15 years of age and can have a life span of over 30 years. The great white shark is arguably the world's largest known extant macropredatory fish and is one of the primary predators of marine mammals. It is also known to prey upon a variety of other marine animals including fish, pinnipeds, and seabirds. It is the only surviving species of its genus, Carcharodon.

More being ATTACKED BY A SHARK after The Jump: 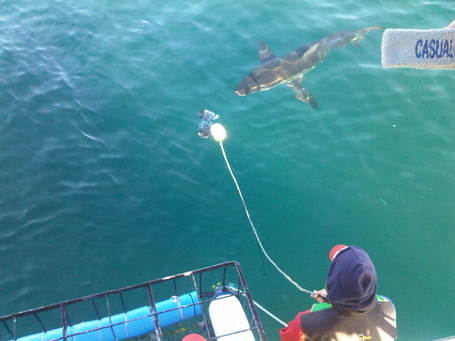 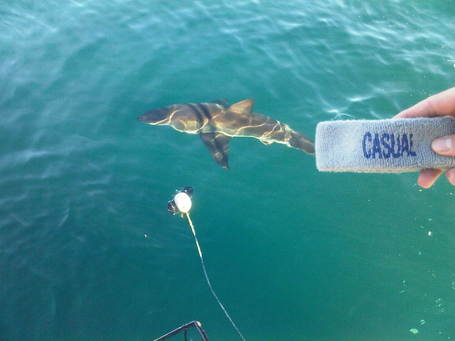 RUN FOR YOUR LIVES!!!

We are now past the halfway mark in the Casual Summer Headband Series and there are only 6 more entries left until we rely on you, loyal reader, to determine the winner of the first ever Casual Headband Sweet Sixteen.

Fridays are the best.