This week's picturesque entry in the contest that is taking over the globe comes from lovely Cape Cod, which is actually pronounced Cape Cawd. 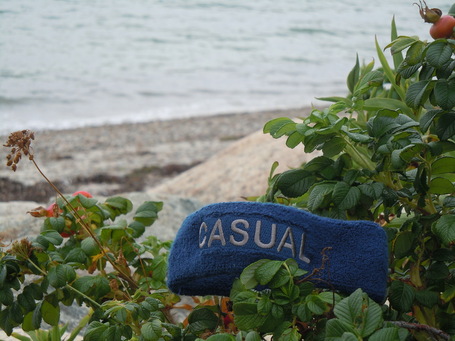 Sure everyone has heard of Cape Cod, but do you really know what it is?  Luckily, Wikipedia has volunteered to inform us.

Cape Cod, often referred to locally as simply the Cape, is an island and a cape in the easternmost portion of the state of Massachusetts, in the Northeastern United States. It is coextensive with Barnstable County. Several small islands right off Cape Cod, including Monomoy Island, Monomoscoy Island, Popponesset Island, and Seconsett Island, are also in Barnstable County, being part of municipalities with land on the Cape. The Cape's small-town character and large beachfront attract heavy tourism during the summer months.

The end is near.  A champion shall be determined.  You will decide.  Stay tuned.