This week's entry in the contest that is taking over the globe comes straight from Slovenia!  Slovenia?  That's right kids, it's more than just a small country that needed a crooked ref from MALI who had no business being on the world's greatest stage who is just awful and horrible and should be imprisoned after that disastrous call that allowed it to tie the USA in the low-scoring yet fast kicking sport of soccer.  Yet judging by the below, Slovenia is shockingly pretty.   I don't know about you, but I I always pictured Slovenia as a dark and gloomy place where it rained everyday.  Kind of like Seattle but farther away. 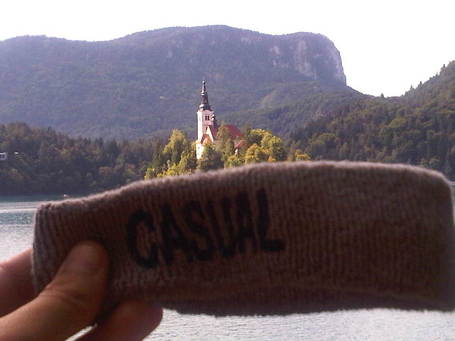 A small island in the middle of the lake is home to the Assumption of Mary Pilgrimage Church; visitors frequently ring its bell for good luck. Human traces from prehistory have been found on the island. Before the church was built, there was a temple consecrated to Živa, the Slavic goddess of love and fertility. One can get to the island on a traditional wooden row barge called Pletna. The island on Lake Bled has 99 steps. A local tradition at weddings is for the husband to carry his new bride up these steps, during which the bride must remain silent.

More from SLOVENIA after The Jump: 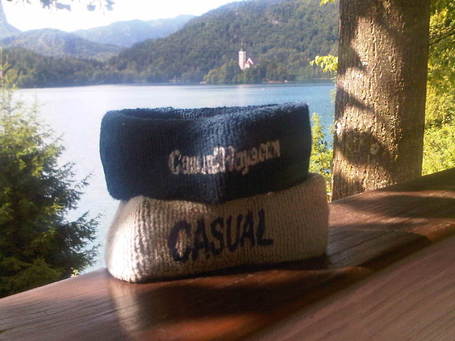 We are gunning for the finish line in the Casual Summer Headband Series and there are only 5 more entries left until we rely on you, loyal reader, to determine the winner of the first ever Casual Headband Sweet Sixteen.

Fridays are the best, especially when IT'S FRIDAY THE 13TH!!! 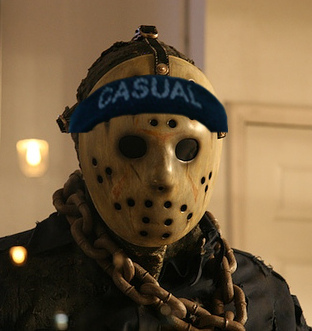 RUN FOR YOUR LIVES.