Four months ago, before the summer recruiting season fully picked up, I wrote about seven big men from the Class of 2011 that Georgetown was recruiting.  Bad news - the highest-ranked center on that list committed to Georgetown's biggest rival.  Good news - six of the seven mentioned are still available and Georgetown has expanded the list to include a couple more prospects.

Georgetown's desperate need for a big man in the Class of 2011 has not been forgotten and there is talent left to complete a great recruiting class.  With four scholarships open, landing one or two of these big men to add some depth at the PF and C positions is critical for the success of future Hoya squads.

Update on the six previously mentioned that are still available: 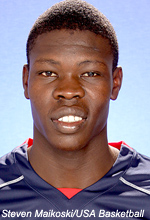 The list is down to five: Georgetown, Washington, Alabama, Kansas, and Connecticut.  There is no immediate time frame for his decision.  The latest report on Chol from the Adidas Super 64 Tournament raved about the big man's attitude but was realistic about his upside.  Mike DeCourcy writes:

Chol is capable of being a significant contributor to his college team, but it's unlikely he'll ever be a star. The player he brought to mind most during his game Sunday afternoon was former Michigan Stater Andre Hutson: not a lot of post moves but capable of commanding his spot on the block and finishing when the ball is delivered.

Hutson, remember, played for three consecutive Final Four teams and won a championship ring in 2000. So that's high praise. Chol is more dynamic athletically, and if he were to become a high-energy player, he could separate himself from that comparison. But right now, that's not happening.

Georgetown still has a definite chance with Chol, and he would be a superb addition to the roster.  If Georgetown could do half of what it did with Roy Hibbert to Chol, he could be a significant presence in the paint for years to come. 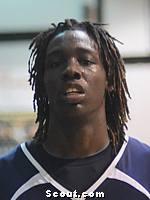 Since we last reported on O'Bryant, Louisville has entered the picture and Kentucky is making a big push for the services of the big man.  Neither are good news for Georgetown.  The Hoyas have, however, added a new assistant coach, Robert Kirby, who spent 16 years as an assistant at Mississippi State.  O'Bryant plans to narrow his list, which currently includes 11 suitors, soon.

The local product recently cut his list to ten, including Georgetown, Maryland, Syracuse, Kansas, Miami, Ohio State, Pittsburgh, Texas, Virginia Tech, and West Virginia.  He was hot for Syracuse but they no longer have any scholarships available so Hopkins is forced to look elsewhere.

Still not much out there on the big guy.  Not ranked by any major recruiting database and did not participate in the summer camps.  You can't teach height but I would be very disappointed if this was the only big man Georgetown landed.

Likely heading to Villanova or Pittsburgh, but plans to narrow his list of schools down today.  I would be surprised if he ended up selecting Georgetown. 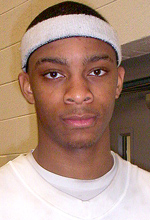 Not much mention of Lawson and Georgetown.  Recently reports on Lawson leave off Georgetown as a suitor. 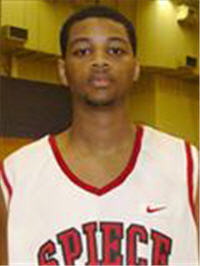 Chandler is wide open in his recruitment and has received interest from Georgetown, Indiana, Kentucky, Purdue, Connecticut, Illinois, Tennessee, and Kansas.  ESPN states:

This true center can put his stamp on any high school game when motivated because of his size and talent. He is strong and physical and can be a double figure scorer and rebounder on a regular basis. If gets into shape and maintains and continues to develop the sky is the limit.

Chandler had committed to Louisville but opened up his recruitment in April.  Lot of teams going after him and there is no timeline for a decision. 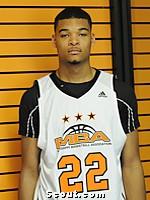 Georgetown entered the mix with Derrell late but is apparently high on his radar.  NBE basketball reports:

Georgetown is his leader, with Ohio State, Mississippi State, Southern Miss, and UTEP rounding out his top five.

MBA Basketball has the following to say on the big man:

Derrell Robertson is one of the most athletic players in his class. He is an excellent shoot blocker and rebounder. He has a 38 inch vertical leap and a huge wingspan. He plays highschool ball at Mendenhall High School in Mendenhall Mississippi. Derrell lead the state in block shots for two consecutive seasons. Hr averaged 15 points per game and 12 blocks. Derrells favorite NBA player is Dewight Howard and Shaq. He is rated in the top 10 players in his class in the state of Mississippi. Derrell can pull up with a jumpshot in midrange or put the ball on the floor to attack the rim. He has excellent foot work and he can score with his back to the basket or facing up.

Robertson went unnoticed for much of the recruiting cycle and is finally garnering attention from major programs, including Ohio State and Duke.  He also seems exactly the type of player Georgetown wants.  He is not hyped by the AAU machine and comes in with a solid GPA, good test scores, and desire to actually get an education.  Hopefully Kirby's Mississippi connections can bring in this kid.

Georgetown is also hotly recruiting Andre Drummond, the #1 player from the Class of 2012.  Too far away for me to get my hopes up on this one, but certainly keeping it in the background.  Read this if you want more background on him:  Hoops Prodigy: Andre Drummond

So there you have it, sports nuts.  Losing Christmas hurts, but it is not over yet.  At this point in the recruiting season, I just want Georgetown to sign someone, anyone.  With four open scholarships there is plenty of room to continue to recruit and there is plenty of talent left to build a strong Class of 2011.