Sitting Down with Class of 2011 Guard Jabril Trawick

Share All sharing options for: Sitting Down with Class of 2011 Guard Jabril Trawick 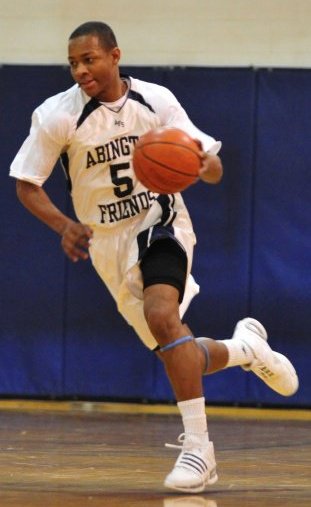 Last week we introduced you to Jabril Trawick, a 6'6'' guard from the mean streets of Philly, where he was born and raised while spending most of his days on the playground, chillin' out, maxin' all cool.  A good amount of hoopla followed after it was announced that we had offered a scholarship to the gent, mainly because we had never heard of him or weren't enamored by the other schools recruiting the guard.

Nolan from CuttingDownNets was able to interview Trawick and provide some much needed insight into the player no one knows anything about.

(Excerpts of the Interview After the Jump)

Self-description of his game:

"The way I would describe my game would be as a scorer, I know that I can get the basket at will and can break a player down off the dribble. I can also shoot the long ball in rhythm. I know that I need to work on my mid range, as in short pull ups and things of that sort, and I also enjoy crashing the boards as a guard and doing other things defensively to compliment my game."

On Georgetown and its offense:

"I have been questioned about if I know much about the system that G'Town runs and honestly I don't really see what the problem is. I think that coaching staff believes that is a system that they can use to win. I think that the coaches wouldn't mind adjusting the offense or style of play according to the type of team there is."

The full article can be found here: Jabril Trawick Interview

Do we need another guard in 2011?  We will already have Clark, Sanford, Starks, and Bowen.  At this point, I will take any damn commitment, especially from someone who states that they like crashing the boards and playing defense.  With four open scholarships and a wealth of talent leaving in 2011, a Trawick verbal sounds splendid.