Last month we introduced you to the contest that is taking over the world, literally.  Here is this week's entry, from the Czech Republic. 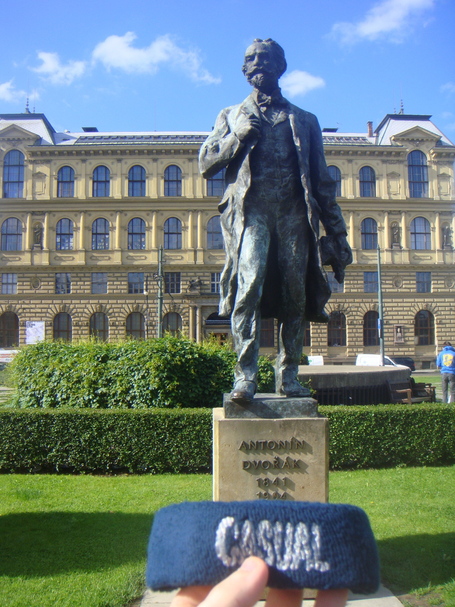 The above documentation was taken in front of Dvorak Hall in Prague, Czech Republic, Europe, Earth.  The concert hall is one of the oldest in the world and is named after Antonín Dvořák, a rocking composer of Romantic music.  Dvořák is most famous for his New World Symphony, a must have for every iPod workout mix.

(More Prague after the Jump)

In an attempt to prove that QUALITY AND QUANTITY always wins, here are some more headband shots in front of the lovely sights of Prague: 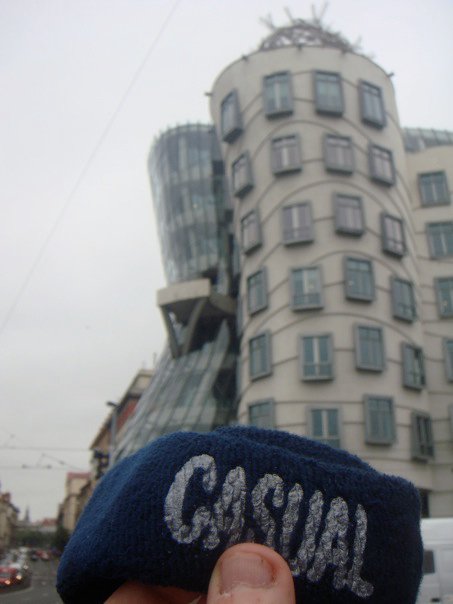 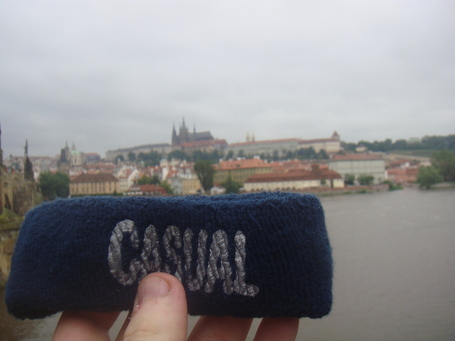 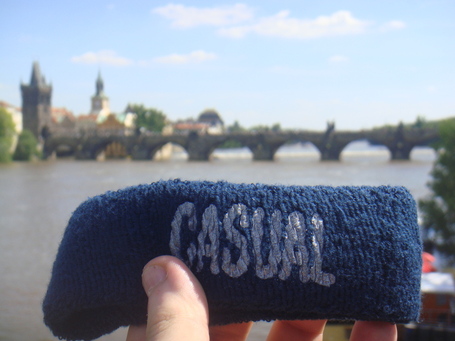 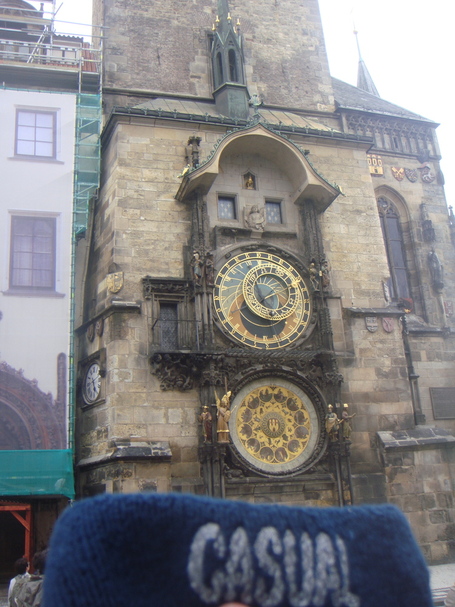 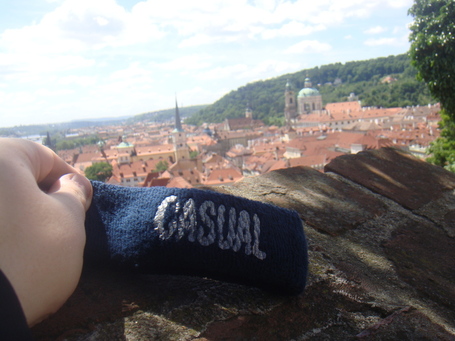 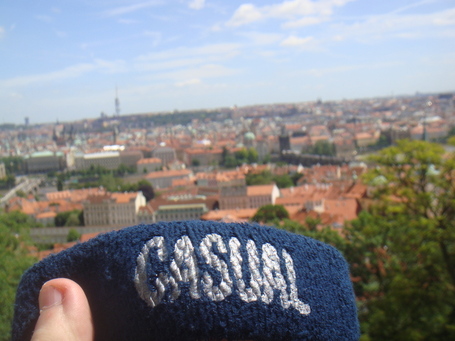 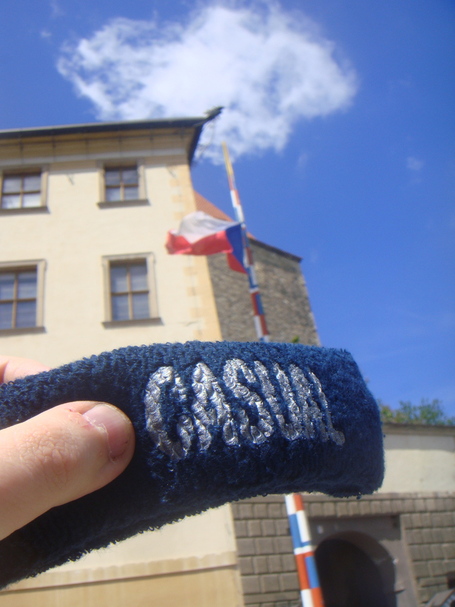 A Different Kind of Red, White & Blue for Independence Day