Share All sharing options for: MonroeWatch2K10: Monroe works out for the New Jersey Nyets

Per the New York Post, Greg Monroe had a good workout for the New Jersey/Brooklyn Nyets yesterday. 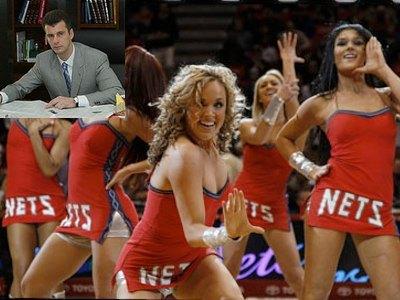 Was this post just an excuse to paste the above picture?  Find out after the Jump!

Alas, here is the meat:

"Monroe definitely has improved some parts of his game from the college season," said Nets assistant Tom Barrise who helped conduct the session. "He's got a little righty jump-hook I don't think we saw during the year."

And he's stronger. Add the improvements to the array of talent already in place and Monroe is no-brainer early in the draft. As is Udoh.

"You'll see both of them in the NBA," Barrise said, "and their names will be called pretty early."

This is all well and good, but where can I get a damn VUVUZELA?

How does the PAC-10 feel about aiming for TEXAS, TEXAS A&M, OKLAHOMA, AND OKLAHOMA STATE and winding up with COLORADO and UTAH

How will TIGER WOODS do in THE U.S. OPEN?