Two weeks ago we introduced you to The Contest that is quickly taking over the world. 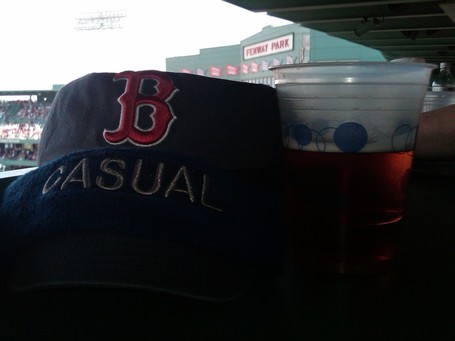 The word for Casual in Boston is also Casual, it's just said with a Masshole accent

Sale of beer at Fenway Park is stopped two and a half hours (150 minutes) after the start of the ballgame or earlier at the Director of Security and Emergency Services' discretion.

Keeping it Casual in Boston after the jump: 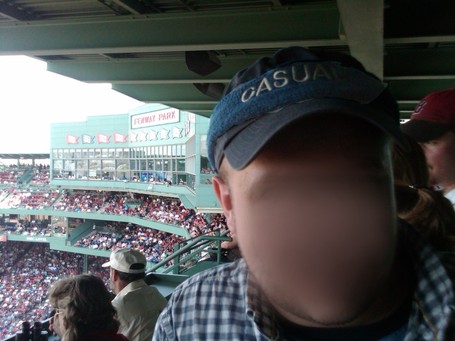 Fear me for I have no face!

Fenway Park is a baseball park near Kenmore Square in Boston, Massachusetts, USA. Located at 4 Yawkey Way, it has served as the home ballpark of the Boston Red Sox baseball club since it opened in 1912, and is the oldest Major League Baseball stadium currently in use. It is the only one of the original standards ballparks that is still in use. It is also the oldest venue used by a professional sports team in the United States.

CasualHoya.com: Teaching You Stuff since 2009.