MonroeWatch2K10: In Defense of Greg Monroe

Share All sharing options for: MonroeWatch2K10: In Defense of Greg Monroe

Welcome to June, the month of the NBA Draft.  We're merely a few weeks away from finding out where Greg Monroe will be beginning his NBA career, so what better way to begin the month that will produce an avalanche of hyperbole than with a completely biased look at our recently departed #10.

I keep reading articles about Greg Monroe by perceived "draft gurus" and I keep getting annoyed.  When I google his name one of the first things that pops up is Greg Monroe Body Fat.  This also annoys me.  I figured I should use this outlet to give people an idea about Greg Monroe from someone that well, um, actually watched him play, rather than read his body fat percentage and jumped to conclusions. 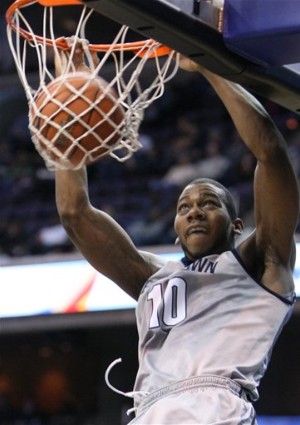 Read more ranting about Greg Monroe after The Jump.

Almost everything you read about Greg Monroe's personality is wrong.  People question his heart, passion, and ability to take over a game.  There were very few times in his Georgetown career that I questioned the same.  It's becoming laughable that six seasons into John Thompson III's tenure at Georgetown, NBA scouts still say the exact same things about every lottery-bound player entering the draft from the school.  First it was Jeff Green's perceived heart, then Roy Hibbert's, now Greg Monroe's.  I assume at some point it will click that Thompson has smart, well rounded, hard working basketball players that don't need to make Kobe Bryant's jutted out nonsense face to show that they care about winning and care about the game.  Each of the three aforementioned players have gotten significantly better year-by-year since they have been in college and then the pros.

That rant leads me to my next point, I think outside of John Wall, Monroe will end up being the best professional player of this year's class.  DeMarcus Cousins is more talented, but he's too big of a liability in the mold of Derrick Coleman and Zach Randolph.  He's arguably the biggest genetic freak to come out of college since Shaq, yet his own state's university wouldn't even recruit him.   Derrick Favors is Tyrus Thomas 2.0, a great athlete without much sense for the game of basketball.  And please don't mention Ed Davis - he's a watered down version of Monroe, but more injury prone.

I assume John Wall will go #1 and Evan Turner will follow at #2.  That's fine.  It's on the Nets to decide between Cousins, Favors and Monroe.  In Monroe, you get the best passing big man to come out of college since Tim Duncan and a solid citizen who will mesh well with Brook Lopez and Devin Harris.  If NBA GMs took any notes from Oklahoma City's meteoric rise this year, it's that chemistry matters.  Sam Presti built the team around guys like Kevin Durant, Russell Westbrook, Jeff Green and James Harden - all of whom are high character individuals.  Granted, it helped that Durant led the league in scoring, but that is a minute detail damnit.

New Jersey could run one of the most unique offenses in the league with Lopez on the block, Monroe playing point forward at the top of the key, and Harris and Chris Douglas-Roberts slashing off the wings.  I don't believe Cousins or Favors offer them the same option.  The Nets would be getting Monroe, who at 6'11", measures like a center but plays like a small forward.  He is Lamar Odom without the candy addiction or the ugly Kardashian sister.  DeMarcus Cousins is Zach Randolph plus 30 pounds of weight less 4,000 pounds of marijuana. 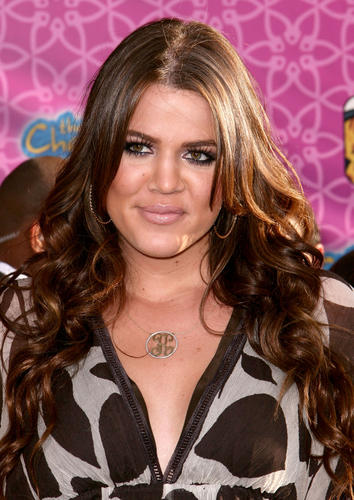 Greg Monroe, like Roy Hibbert and Jeff Green before him, will continue to get better.  He could have been a lottery pick after his freshman year, but decided he wasn't ready to contribute at the NBA level, and came back to Georgetown.  He went from averaging 12, 6 and 2 as a freshman to 16, 10 and 4 as a sophomore.  That seems like a good improvement to me. He also averaged 34 minutes a game, for those concerned with his body fat and conditioning.  Just for comparison's sake, Cousins averaged 15, 10 and 1 while playing 24 minutes per game.  Favors averaged 12, 8 and 1 while playing 28 minutes a game.  Oh, and Monroe played in the Princeton offense, which isn't known for particularly gaudy individual statistics.  But again, what are numbers and tangible results when we can talk about jumpabiity, body fat percentages and wingspans, right?

Ultimately, the decision comes down to actual results vs. perceived upside.  Greg Monroe vs. DeMarcus Cousins is similar to a decision NFL scouts had 12 years ago with Peyton Manning and Ryan Leaf.  Did I just compare Greg Monroe to arguably the greatest QB of this generation?  THAT JUST HAPPENED.  I think it's time for me to drink some warm milk, calm myself down, and go back to sleep.