MonroeWatch 2K10: Greg Monroe a 'Not So Great' Interview at NBA Draft Combine

Share All sharing options for: MonroeWatch 2K10: Greg Monroe a 'Not So Great' Interview at NBA Draft Combine

According to our friends at Draft Express, Greg Monroe had a 'not so great' interview yesterday with the site's editor Jonathan Givony at the NBA Combine Media Day in Chicago. 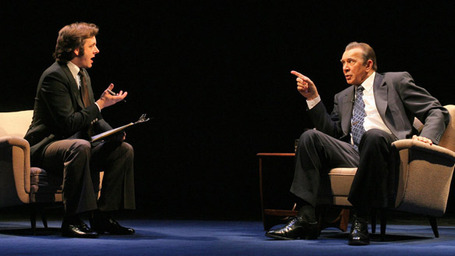 According to Givony, Monroe didn't make a great impression in his interview and appeared brief, cold, and distant.

Givony relayed to THE GLOBAL PHENOMENON that Monroe's draft stock isn't likely to be affected by his interview as a lot of the guys were like that with the media, and Monroe should be fine so long as he is more open with the teams in their individual interview sessions.

We know that Georgetown traditionally doesn't allow its players to speak with the media until the 2nd semester of their freshman year, so perhaps Monroe's poor interview was a product of his relative lack of experience with the media.  However, I don't recall hearing anything similar about Jeff Green, Roy Hibbert, or even Dajuan Summers, so it's worth noting as Monroe begins his journey through the Combine and towards the NBA Draft.