Share All sharing options for: Mixed Opinions About David Cox's Departure from Georgetown 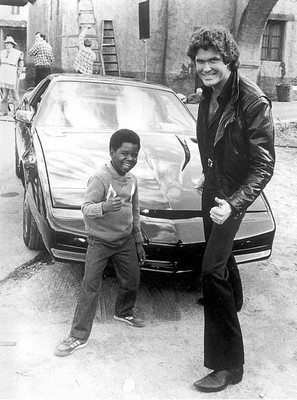 It's official, Georgetown assistant coach David Cox is heading to Rutgers.  Rutgers fans are delighted, and they have every right to be.  After years of withering in the Big East cellar, there is hope on the horizon for the Scarlet Knights.  Consider this, Rutgers has not made the NCAA Tournament since 1991 and has not won a Tournament game since 1983.  The team finished in sole possession of 14th place in the Big East this year, its highest finish in four years.  There is normally not much to cheer about in Piscataway, except when you beat the #8 Hoyas on your home court, but new head coach Mike Rice has invigorated the Rutgers faithful. Rice's hiring combined with rumors of Big Ten acceptance have fans excited about the future of Rutgers athletics for the first time in recent and not-so-recent memory.  And the just-announced hiring of David Cox falls in place with this new exuberance.  Jerry Carino, a Jersey sports columnist and blogger, marvels at Cox's resume, stating:

Cox's resume is impressive for its breadth. He spent seven years as an assistant principal at his alma mater, St. John's Prep in Washington, D.C., where he was in charge of athletics, activities and discipline from 1999-2006. Prior to that he coached at D.C. high school power Archbishop Carroll for three seasons and also was an assistant with the Washington D.C. Assault AAU program, which captured the Under-16 national title in 2004.

(More on Cox after the Jump)

You would think that the excitement felt by Rutgers fans should counter the disappointment felt by Hoya fans, assuming coaching turnover is a zero-sum game, but that is not the case.  There are some Georgetown fans that are actually rejoicing in the news that Cox is leaving.  The gents over at Hoya Balla titled the post announcing Cox's move to Rutgers "Merry Christmas."  Is this just sour grapes or is there more to it?

Some believe that Cox really didn't bring anything to the Hoyas, and that his AAU connections weren't as deep as advertised.  Others thought he took too long to start performing, and proposed that there were chemistry problems between Thompson and Cox.  There is certainly some truth to this, the first DC Assault recruit Cox landed, Jordan Goodman, would not have reached the Hilltop until 2012.

Not all fans feel this way, however, and some defend Cox by saying that the Big John / Curtis Malone dispute was too burdensome to overcome. They content that Cox was in a helpless position where he could not maximize his recruiting potential, but was still able to develop a great rapport with recruits, like Roscoe Smith.  There is definitely truth to this as well, as Cox was actively involved in the recruitment of several major prospects in the Class of 2011.

So which camp is right?  It doesn't matter.  The legacy Cox leaves at Georgetown is irrelevant at this point.  What the Hoyas have to deal with now is what should concern people.  Despite its recent success on the court, Georgetown does not have the budget to hire a big name assistant coach, or even match the significant pay raise Cox was probably offered by Rutgers.  McDonough has become a revolving door; at the end of five out of the last six seasons under Thompson, a player has transferred or a coach has been fired or lured away.  Yes, change is good, but consistency is also comforting.

We are now left with the same question we were asking one year ago: who should be the next Georgetown assistant?  Our sources indicate that Darryl Prue will be named the next assistant coach, but probably not for a while, since Georgetown first has to acknowledge that Cox left.  Is Prue the right choice for the Hoyas?  He has worked with Thompson and Georgetown in numerous capacities over the years, has both coaching and playing experience, and has local ties in DC.  Or is there a more experienced coach we can go after?  Is Kenya Hunter ready for the head assistant spot?  Will there be more departures amongst Thompson the Third's staff and/or team?  How will recruiting be effected?  These are all questions we should concern ourselves with now, because the past has passed and Midnight Madness will be here sooner than we think.