With Greg Monroe's decision to stab Hoyas fans in the eye now a distant memory and tonight's Hoya Hoops Club banquet bringing a somewhat official end to the hoops season, we here at THE GLOBAL PHENOMENON have embarked on a soul-searching mission to determine what we should be doing with ourselves until Kenner League action begins in July. 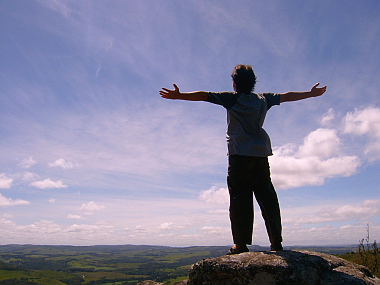 Searching the inner depths of our tormented souls hasn't been easy, and its fruits have been met with more than a few harsh reactions from some of you, our loyal faithful.  The truth is that just like you Team Casual has struggled to come to terms with the mind-numbing loss to Ohio, and any fleeting signs of hope that would give us all reason to look forward to next season were trounced by Monroe's ridiculously drawn-out decision process.  Just like you, we have been feeling sort of blah, struggling to put the past behind us and move on, instead finding ourselves wandering down a bewildering road that has found us in the midst of a twitter contest with some of the current players involving eating hot dogs.

Searching for Meaning after The Jump:

While many of you would prefer us to jump off a bridge and shut down the blog (not necessarily in that order), we would rather put the past behind us and move on.  To that end, we bring you news of Georgetown success in the form of the 2010 Men's Golf Team!

After the 3rd and final round action of the 54-hole Big East Championship at the Innisbrook Resort & Golf Club Copperhead Course in beautiful Palm Harbor, Florida, Hoyas sit atop both the Men's Team and Individual Player Leaderboards.  Thanks to a heroic 8 footer on the final hole by Georgetown senior Vincenzo Salina, the Hoyas held on for a narrow 1 shot victory over the hated Notre Dame Fighting Irish in the team competition AND Salina won the individual competition.

While this post may wind up jinxing the team and cause a collapse next season similar to the hoops team's in the NCAA Tournament, let this serve as a guiding light to those of you who feel that THE PHENOMENON has lost its way.  Fear not for the future.  We are here, your GLOBAL BEACON OF HOPE, and unlike Greg Monroe, we're not going anywhere.