The Wait is Over: New Athletic Director is Named

Share All sharing options for: The Wait is Over: New Athletic Director is Named 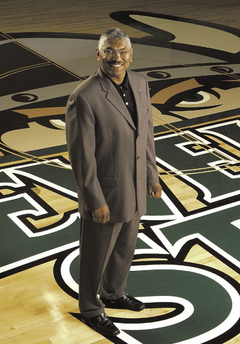 In a search that lasted almost a year, Georgetown has finally decided on an athletic director to take over Bernard Muir's spot, which is currently being filled by Professor Dan Porterfield.  The Plain Dealer reports:

Thursday, [Cleveland State athletic director Lee] Reed will be announced as the next AD for the Big East basketball power, ending what at least one person in Washington, D.C. called "a very long process" to fill the Hoyas position, which has been vacant since last June.

Now I am not going to pretend like I know anything about Reed, because I have no idea about him or his background, even after looking at his resume.  What I do know is that the Georgetown Athletic Department has a lot of problems, the majority of which have absolutely nothing to do with basketball.  The football team has won one game in two years and plays home games on a half-baked field with temporary bleachers.  We have a number of nationally ranked teams, including track and lacrosse, but the state of our facilities is atrocious and one sport financially supports the other 28 that Georgetown offers.  The AD position at Georgetown is not an easy one; Muir left for the greener pastures of Delaware after only four years on the Hilltop, and there are a lot of pressures from various sources within the administration to create success with very little financial resources.

Muir tried to focus on football, and failed miserably.  The Multi-Sport Facility was once labeled an "unremarkable rectangle" by the New York Times and sits unfinished in the middle of campus, eagerly awaiting the " two-story press box with VIP seating, sports lighting and sound system, a digital video screen and scoreboard," initially contemplated.  This will forever be Muir's legacy as AD of Georgetown.  I sure hope Reed is able to leave a better impression.

He is already off to a good start, however, as he won a game at the Carrier Dome while AD of Cleveland State in 2008, something Thompson the Third and his staff have yet to do.

Welcome aboard Reed, email me if you want a headband.