Since We Have No Seniors, Tomorrow is Officially "Stay in School" & "AF Appreciation" Day

Share All sharing options for: Since We Have No Seniors, Tomorrow is Officially "Stay in School" & "AF Appreciation" Day 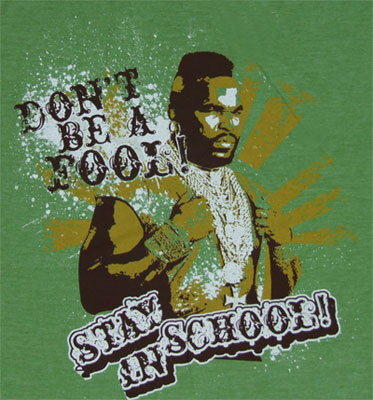 As you all know, this Saturday is the final home game of the year. For those of you lucky enough to attend the game, this could be your last chance to:

(More fun after the Jump)

Greg go pro... whaaa??? I mean seriously, what does the NBA have to offer that Georgetown can't?  Money? Cash? Hoes?  All worthless.  It is all about the education, man. (Note to self: Don't google image "hoes" again at work)

Forced into answering the question, here are the thoughts of JahidiLikesPie:

Greg could use another year on campus. If he truly wants to get better, he should become best friends with Augie Maurelli. He should commit himself to staying here in the summer and working on his jumper and finishing with his right. More importantly, Greg should stay because he could have the chance to be a part of a team that would have senior leadership, Vee and Hollis as sophomores, and an injection of young talent on the perimeter and the inside.

All reports indicate that he likes school (Len Elmore and Bilas can't be wrong, right?) and rumor has it, he is dating one of the girls on the NATIONALLY RANKED Lady Hoyas squad. Having said that, we as fans and alumni should do everything in our power to help him make that decision.

The theme for this game should be ‘STAY IN SCHOOL SATURDAY'. If you feel the need to turn the above picture into a sign, do it. A simple google image search on ‘Stay in School' turned up some pretty good sign ideas. MAKE THEM. Greg is from New Orleans and has missed Mardi Gras for the last 2 years. As fans, could we all go out and buy the man some damn beads and shower them down on him after the game! We should start chants during the introductions and at the end of the game.  Do anything, anything man.

I also recently had the pleasure of running into the Steve Miller Band and elicited their thoughts.  They were kind enough to answer through song:

Well regardless of what happens after the season, Hoya fans have three responsibilities tomorrow: