The Mourning After: Will Austin Freeman Play?

Share All sharing options for: The Mourning After: Will Austin Freeman Play?

After taking a required-by-Vatican-law period of mourning on the news of Austin Freeman IV's new medical diagnosis, it is time for us here at THE GLOBAL PHENOMENON to dispense with the chatboard pleasantries and get down to brass tacks, as the coach in "Not Another Teen Movie" would have it:

Trainer: It doesn't look good coach..
The Coach: Can he play?
Trainer: He's in a coma!
The Coach: ANSWER MY QUESTION, CAN HE PLAY?
Trainer: I don't even think he can breathe, we gotta take him to a hospital immediately!
The Coach: YOU LISTEN TO ME RIGHT NOW, I DON'T CARE WHAT YOU HAVE TO DO, REGGIE RAY STAYS IN THE GAME GODDAMNIT!!!

Now, those of us who run THE GLOBAL PHENOMENON here have absolutely zero medical training.  That is why we write for a blog.  But we did go to college with very smart friends, and we have enlisted a few of them to provide the following esteemed medical opinions on the two important questions that everyone wants to know but has been reluctant to ask:

2) What is the worst that could happen if Austin Freeman does play?

Answers after The Jump: 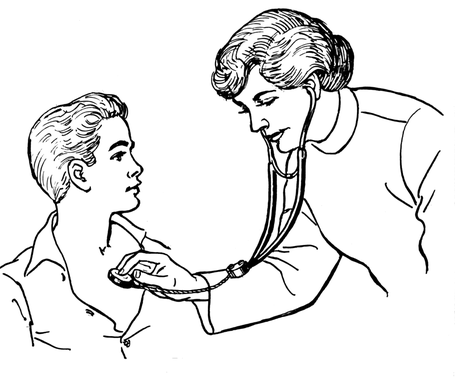 MEDICAL OPINION #1, from an esteemed ER doctor in the Northeast:

1) Diabetes is a condition that results from the failure of the pancreas to make insulin (type 1) or the failure of the body to utilize insulin appropriately (type 2). Type 1 is more serious and is usually diagnosed in children whereas type 2 is usually diagnosed in older and overweight people.  Whether it is type 1 or type 2, the fact that he is practicing is very reassuring. I don't see any reason why he shouldn't be able to play on Saturday while being treated.

2) Nothing! Playing shouldn't cause any problems

MEDICAL OPINION #2, from an esteemed endocrinologist in the Northeast:

1) Type 2 doesnt happen right away.  It is more of a 6 month time period where you feel tired but not sure if it's because you havent been sleeping well or working too much.  I deal with Type 2 patients who are often referred by primary care doctors that say X person is complaining of being lethargic, has high blood pressure, severely obese and family history of diabetes.  It is slow to happen because you are not producing enough insulin to regulate blood sugar, but you are still producing insulin.

An acute onset is more like Type 1, the pancreas suddenly stops working and produces no insulin at all.  It is followed by immediate nausea, vomiting, etc.  Also his age and activity level make it unlikely to be Type 2.  Type 1 diabetes can occur when you are young, and is sometimes preceded by an illness.  The virus turns into an auto-immune disease for certain people chromosomally disposed to diabetes, and then attacks the islet cells of the body.  This pretty much kills the pancreas and leads to sudden illness because the body is no longer able to regulate sugar.  He likely caught a virus, which turned into an auto-immune disease, which attacked his pancreas, thereby causing Type 1 diabetes.  All the causes of Type 1 diabetes are not known, so this is speculation based on what you have told me, and more tests and questions need to be asked before being sure.

He can play with diabetes, it won't limit him in any way.  It is just a matter of when he will play; Type 1 takes a while to get used to (you could have an insulin pump surgically implanted) while Type 2 normally requires constant monitoring of blood sugar and insulin shots.

2) He could pass out on the court and go into shock, but first he would start to feel faint and that's why the doctor is on the bench.

MEDICAL OPINION #3, from an esteemed gastroenterologist in the Southeast:

1) It depends on whether his Diabetes is currently "under control" or is he having active complications from his diabetes.  If he does he have a currently high elevated blood sugar, does he have an "acidosis" caused by his diabetes?  Is he severely dehydrated because of his diabetes? If none of these are an issue - he should be OK.

2) If he has one of the complications from hyperglycemia - he can die.

As to whether Freeman plays against Cincy, in the Big East Tournament or beyond, that's something we'll leave to the experts.  Your guess is as good as ours.