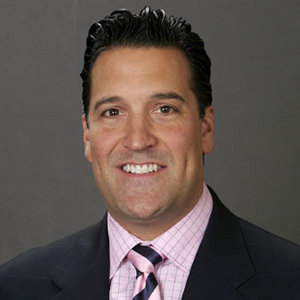 A new hair gel king in the Big East?  Jay Wright is not happy with this development.

Once upon a time, a small Jesuit university located in Washington, DC rose to the top of the basketball landscape, led by a young coach and star center .  At the same time, a small Roman Catholic university in New York experienced a similar surge, as a dynamic coach and stud forward carried a team into the limelight.  25 years have passed since the 1985 season, when both Georgetown and St. John's made the Final Four, but the rivalry between Georgetown and St. John's stills remains, barely.

St. John's announced the hiring of Steve Lavin today, as it officially puts an end to the Norm Roberts experiment.  The hiring is important to Georgetown for two reasons:

(1) It puts the job JT3 has done at Georgetown in perspective.  Both programs hit the wall in the early part of the decade, and hired new head coaches in 2004.  The 13-15, 4-12 Hoyas hired John Thompson III while the 6-21, 1-15 Red Storm hired Norm Roberts.  Over the past six seasons, Thompson led the Hoyas to four NCAA Tournament appearances, one Final Four and three Big East Tournament Championship games.  Roberts led the Red Storm to the NIT, once.

(2) A good St. John's program is good for the Big East.  A strong presence in metro New York (not to be confused with Canadian New York) is critical for the conference and the presence of strong non-BCS football programs is significant for Georgetown.

On a side note, Georgetown was 0-2 against Steve Lavin when he was at UCLA, including a horrific one-point loss in 2003 when Georgetown had a 5 point lead with 5 minutes to play and the students inexplicably started to chant Fire Lavin.  UCLA surged to take the lead and never looked back, ending its nine game losing streak, against the hapless, Esherick-led Hoyas.  Painful memories.