Share All sharing options for: The Casual Awards: Hope Survives

So what if the team continues to turn the ball over at a remarkable rate? So what if Georgetown has lost 2 in a row and 4 of its last 5? So what if the team still hasn't found a leader with a scant one game remaining in the regular season? Because at the end of the day, Oceans May Rise and Cities May Fall, but Hope...Hope Survives. Onto the Awards. 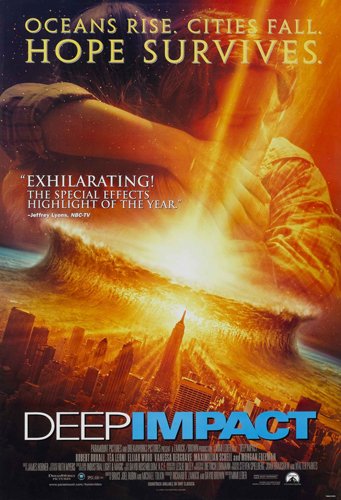 I Went To Duke So I Can See The Future About As Well as a Blind Greg Paulus Award:
Jay Bilas. Now Jay Bilas is usally on our side, but we here at THE GLOBAL PHENOMENON forgive no transgression. "It's going to be a big loss for Georgetown," said the Balding Blue Devil before the game. Well, let's run the numbers: our leading scorer is ON HIS DEATHBED at Georgetown University Hospital. The rest of the team is wracked with violent diarrhea and some strain of bird flu. They went into one of the most dangerous arenas in sport (not a metaphor: it is a physically threatening place where you will be subject to assault). And those kids mounted a valiant second half comeback to lose by 13. Are there moral victories? No. Last night was a loss. A big loss? Jay Bilas is now ON OUR BUBBLE.

The Light At the End of the Tunnel Is Not an Oncoming Train Award for Being at Rock Bottom:
This exact moment in time. We lost to Rutgers. We lost to a bizarre Harangody-less Notre Dame. Austin Freeman was hit by a bus and then got brain cancer and the flu and the hiccups but refused to die and tweeted good luck from the hospital. We had to watch Huggins flop around on the court screaming at his players as we went down to defeat. Well. Let's put it behind us. We're through it. We're past it. Today is a new day. Saturday is a new game. And there is only one way to go. That direction is up. To Glory. To the future!

The New Dancing With The Stars Cast Award for Most Entertaining Game-Thread Post:

The "So You're Telling Me There's a Chance!" Award:
Georgetown. Hold on a second and let's actually look at the top 25. Are there more than 3 teams you actually think are better than Georgetown when playing its best game? That's the beauty of this team, we know they are actually capable of beating anyone. Imagine a bracket scenario where Duke is the #1 seed, Kansas State is the #2, New Mexico is the #3, BYU is the #4 and we are #5. That could very well happen. The brutality of the Big East, along with the bubonic plague, is hurting us right now, but come middle of March, who knows.

The Starbucks On Every Block Award for Excellent Franchising Idea:
www.casualladyhoyas.com. While you were weeping in your beer last night, the Lady Hoyas stomped on Seton Hall and closed out their regular season 25-5 with a 13-3 record in the Big East and an #12 national ranking. Ok, aside from the fact that Women's College Basketball is not a real sport because UConn recruits Transgender Amazononian Warriors to put together a 50 million game winning streak, the Lady Hoyas are doing Georgetown proud right now. If Austin Freeman succumbs to a hospital infection (which is a quiet killer!) and the Man Hoyas plunge into the CBI, come look for your GLOBAL PHENOMENON bloggers at their new home (with likely far fewer pictures of Kim Kardashian, but lots more of Reggie Bush!)

The Where's Waldo Award for Being Hard to Find During an Important Game:
Jason Clark. Let's think about the situation. Our leading scorer is at death's door. We're in a tough conference game when we know they're going to be coming after out big man inside. Is it go-go-gadget time? No. Clark had six points on 2-6 shooting, and he was 1-5 from three. And SIX turnovers! Oof. People have off nights, and Jason was getting good looks and not hitting them so last night counts as one. But performances like last night can't happen during games like last night.

The Vicks Vaporub Award for *Cough* Calling in Sick at an Opportune Time:
Austin Freeman. Let's be honest. If you were faced with a a bus trip to Morgantown, West Virginia, wouldn't you concoct a debilitating illness? Hell yeah. Rest up Austin. You're an award winner in our book. Let's drop 50 on the Cincy this weekend.

The Bill Clinton Award:
Chris Wright. The man is so polarizing. I can't decide whether I hate him or love him every two minutes. Chris dives for a ball, I think "What a competitor!" Chris jacks up a 25 foot three, I think "What a douche!" Chris finishes an acrobatic lay-up, I think "What an athlete!" Chris pouts and shakes his fist at Monroe, I think "What a brat!" That literally happened within 3 minutes last night. He's exhausting.

The Silver Lining Award:
Could Austin Freeman's illness help us come tournament time? Yes, we've realized that Vee is a player, Hollis got a lot of experience, and I think we are legitimately 8 deep now, with Benimon, Hollis and Vee coming off the bench. That's never a bad thing. And now the team has to come together and rise up against the world that is currently dismissing them. These are all good things for March. 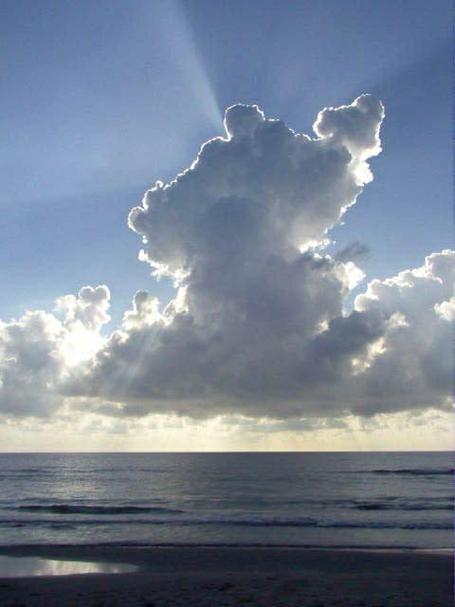 Chris Wright Play Like a Champion Award:
Chris Wright. Congratulations to #4 for being the first person ever to win this coveted award twice. Now, this may be a surprising award. We here at THE GLOBAL PHENOMENON can be tough on old lumpy. But God Dammit this guy leaves it all on the floor. Well, he sometimes leaves it clanging off the rim (like when he shot 1-7 in the first half) but this son of a bitch WILL. NOT. GIVE. UP. When the people who write CasualHoya are indicted for treason (probably when Syracuse wins the NCAA this year and we call for a violent overthrow of the United States Government), the guy we want to count on to bust us out of Gitmo is Chris Wright.

Bitter Beer Face Award for Our Rival Being Ranked #1:
Me. And all other Hoya fans. Except the ones on the traitor list. And this fan, who doesn't care that he sold his tickets to Cuse fans. Dammit, Syracuse is ranked #1 in the country. I guess this will just make them the first 1 seed to lose to a 16 seed. Right? Who is with me? Is this thing on? Dammit, who am I kidding, this is the worst time of the year, I can't wait until May.

Earth Wind & Fire "Shining Star" Award:
Vee Sanford. The real reason for this award is because I want to link the Elaine dancing video, since I recently saw the episode while in my mother's basement, waiting for a new episode of Law & Order SVU to begin. If there was one true bright spot to last night's loss, it was Vee Sanford. He nearly doubled his career high in minutes and points and led the team in steals. He looked poised and confident on offense and hustled back on defense. I expect big things from him in the future, big things.

Anti-Esherick Coaching Award of the Game:
Bob Huggins. When Georgetown cut it to a single-digit deficit, Huggins switched to a 1-3-1 zone defense and completely baffled the Hoyas. The switch led to two consecutive Georgetown turnovers and the Mountaineers never looked back from there. Well done sir, well done.

The NBA All-Star Weekend Award:
West Virginia. You start four players 6'7'' or taller and attempted 21 three point shots? The first four jump shots of the game for West Virginia were threes. I really hope we play you again in the BET - I was not that impressed.

The Adam Lambert Award for Tonight's REAL Winner:
www.casualhoya.com. West Virginia didn't win. Are you kidding? All those bastards either go or have gone to school in West Virginia. And oh they will get their ass handed to them by Baylor in the second round of the NCAA (casual note: trust us). Huggins the winner? He will never drink to fill the hole in his heart. No, the real winner tonight is THE GLOBAL PHENOMENON. We have been with you, our dear reader, every step of the way. Triumphant victories. Tremendous comebacks. Crushing defeats. Austin Freeman's brush with death. WE WERE THERE BESIDE YOU! And now the real fun begins. Cincinnati is toast. We are coming for Syracuse next week. FREE HEADBANDS MADE OUT OF SOLID GOLD IN INDIANAPOLIS!!!!!!!! GREG MONROE WILL DO A 720 DUNK ON RICHARD BRANSON ON THE SURFACE OF MARS!!!!!!!!!!!!!!!!!!!!!!!!!!

The 2009-2010 Award for a Basketball Season that is NOT LIKE 2008-2009:
2009-2010. Last year was scarring. Brutal. Beginning with the Duke loss, The Hoyas went 4-9, losing to solid teams like Louisville, West Virginia and Syracuse but also getting manhandled by the likes of St. Johns, Cincinnati (TWICE!) and Seton Hall. We know how that ended up: infighting, implosion, St John's in the Big East, Baylor down in Waco (a road NIT game for Christ's Sake). Now we at THE GLOBAL PHENOMENON monitored a lot of the in-game thread last night to see what you, our noble reader, were saying, and we detected some disturbing comments trying to equate our current slide with last year's implosion. Well, last year we lost to Duke on Jan 17 and that was all she wrote. This year on the same date we lost to Nova. Since then, we've gone 6-6. The losses to South Florida and Rutgers suck. But Notre Dame is a team on the way up. And during this stretch we've beaten Pitt and Louisville at home (never small victories) as well as CRUSHING Duke and Nova and mounting a furious comeback against Syracuse that was one open look away from victory. EVERYBODY: calm down. This blog is one of two things, and we might be in the Delusional phase right now, but all is not lost. Not by a longshot. Jason Clark, tweet me some perspective: "They keep askin me wats wrong wit yall,I tell em nothin,life is happenin ups n downs,adversity,setbacks,hard times its all apart of life." 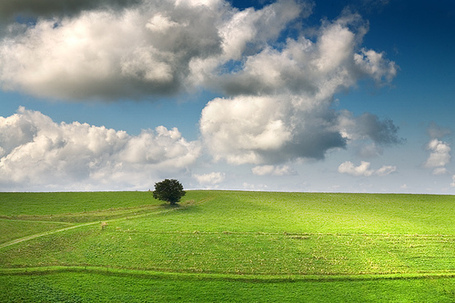 The Georgetown Hoyas are (STILL!!!) a nationally ranked powerhouse.