Sleeping With The Enemy: The Ohio University Bobcats

Share All sharing options for: Sleeping With The Enemy: The Ohio University Bobcats

What, did you think were weren't going to deliver?  Just because you wouldn't know the Ohio Bobcats from the kid that delivers your morning paper doesn't mean that we here at THE GLOBAL PHENOMENON are going to ignore them.  Today we're going to the depths of the MAC to unearth everything you need to know about Georgetown's 1st round opponent.  Special thanks to our three new best blog friends, Drew, Oriana and Jack, from Ohio for providing us with the answers to our penetrating questions.  Ohio dudes and gal, this Coors Light is for you 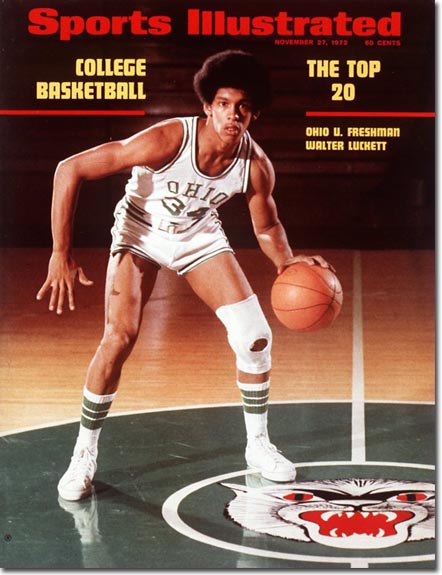 CH: The only player I know who went to Ohio was Gary Trent, AKA 'The Shaq of the MAC.' What ever happened to Trent?

D: Trent was drafted by Milwaukee in '95 and jumped around a number of NBA Teams before retiring with the Timberwolves in '04.

J: Yeah, Trent was a journeyman pro, but if I remember correctly he played a meaningful role on the Timberwolves team that went to the Western Conference finals with Garnett, Latrell Sprewell and Sam Cassell. Trent was also a real asshole, according to my brother, who attended Ohio and ate at the same dining hall. You know, third baseman Mike Schmidt also went to Ohio-dude's in the Hall of Fame!

More with Ohio after The Jump:

Tell us something interesting about the University of Ohio that we can't find on Wikipedia. 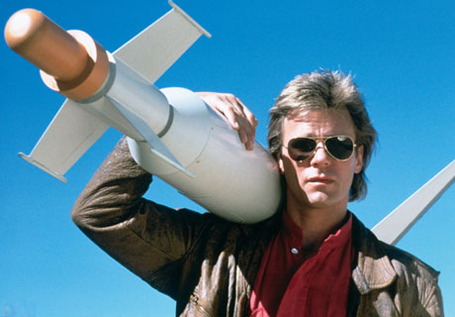 D: For starters, it's OHIO UNIVERSITY, not University of Ohio. Richard Dean Anderson, better known as MacGyver, attended the school, as did Peter King (since we are on sports). OU also hosts one of the top ten most haunted places in the U.S.

O: Our Tuesdays are more fun than your Saturdays.

J: This will come as a shock to Georgetown students, but there is no Benetton, Banana Republic, J. Crew, Patagonia, Coach or Kate Spade retail stores within a 50-mile radius of the Ohio campus-and people survive there.

What can Georgetown expect out of the Ohio team tomorrow?

D: They can expect an intelligently-played game. Our new head coach was previously an assistant for Thad Matta at Ohio State. Very disciplined.

What does Ohio have to do to win the game?

J: Good question. Like most current students and alumni, I wasn't sure Ohio still had a basketball team until last week. We have a couple guards who seemed to score at will during the MAC tournament, but I'm not convinced they can replicate that against better competition.

D: The two starting guards, Armon Bassett (28 ppg in the MAC Tournament) and DJ Cooper (leading scorer in the regular season) will need to step up their games. Van Kempen and Devaughn Washington, our two big men, must stay strong in the paint and avoid foul trouble. We must convincingly win the turnover battle, because there is no way the Bobcats will get a plethora of easy looks.

What does Georgetown have to do to win the game?

J: Show up. Ohio hasn't played any team this year with the size and athleticism of Georgetown, and we will have no answer for Greg Monroe, who should really have a field day.

D: Play their game. Georgetown has more talent at every position, especially inside with Monroe. If the Bobcats can crowd the paint keep him quiet (MUCH easier said than done), we might be able to keep it in single digits into the final five to seven minutes; from that point, anything can happen. Simply by feeding Monroe and letting him go one-on-one or find the open man when he gets doubled and by making those open looks, Georgetown should have no problem advancing.

So, wait...you're not Ohio State or Miami of Ohio, right? How many damn schools are there in Ohio?

D: I think you know the answer to this. Everyone in Ohio is an OSU fan. (Obviously there are exceptions, but this is mostly true.) Then everyone has their alma maters, whether that be Miami, OU, Dayton, Toledo, etc., that they love to see do well but that never hit the national stage. (Exception: Miami of Ohio in hockey-but really, who cares?)

O: You are correct. Ohio State is the school that always chokes in the national spotlight (Ohio never gets there) and Miami of Ohio is the vortex of suck on the Ohio-Indiana border. There is an unbelievably large amount of schools in Ohio, especially when taking into account the small liberal arts schools (read: Oberlin) where East Coasters send their children.

J: "School" is a relative term in Ohio, so it's tough to say how many there really are. Drew is absolutely correct in saying that you'll find Buckeyes enthusiasts in every corner of the state, notwithstanding their lack of any connection to the school or the greater Columbus area.

Who is Ohio's biggest rival and do they suck at much as Syracuse?

D: Miami is a pretty big rival due to being the same type of school. Miami is more known for hosting stuck up, richer, prissier people, whereas OU attracts a much more laid back, chill, dare I say hippie-ish, type of individual.

O: Drew, I must agree. The schools are similar in terms of academics and size, the difference, however, is that Ohio University is actually fun. I would say about 99 percent of Ohio University students feel this way. We pride ourselves on what a good time we had/are having in college. Plus Miami is known for having the douchiest specimen of the human race to walk the planet all at one school.

J: I have no opinion of Syracuse, so I won't touch that. But to provide a little background, sporting events are really an afterthought for 90 percent of the student body at Ohio, so although I agree Miami is our biggest "rival," as both Drew and Oriana have said, the rivalry is based primarily on our general dislike for students at that school rather than athletics specifically. Nonetheless, it is always a bit sweeter beating Miami, as our basketball team did last week in the MAC tournament semifinals.

If I find myself in Athens on a Friday night, where should I go to meet all the cool kids?

D: The Crystal = Greek Life, The Pub = Athletes. PS Show up at The Pub before 12:30 a.m. and you obviously have nothing better to do and aren't "that cool"-so please leave.

O: Go to The Junction for one or five of their infamous Punches.

J: Good call, Oriana. The Junction, the Athens equivalent of Third Edition (Casual Note: Yes!), will always have a special place in my heart because I lived above it for two years. Athens is a great town, but unless you're a fan of Bon Jovi, Neil Diamond and/or Journey, finding a place you'll want to spend more than an hour or so will be a struggle. Also there are no strip clubs, which I always found equally puzzling and frustrating.

Athens is almost twice the distance to Providence than Washington DC is (very rough math). Does that mean Ohio will have half the fans Georgetown will have at the game?

D: I would imagine you can say that, if not less. The problem is that you might get a good amount of student fans, however the Athens community is fairly poor. So the hometown fans will most likely not travel.

J: What is the nearest big city to Providence? Boston? Our student fans travel surprisingly well, but I'm not sure what kind of alumni presence we have up there, and as Drew points out, the community fans probably lack the resources to make a quick trip. Plus I'm pretty sure it's spring break right now, so I'm guessing the Bobcats will be sparse in Providence Thursday night.

O: The last time we made it to the NCAA tournament was in 2005; the team better get a pretty good showing. Who knows when this will happen again!

J: I'm a realist. Georgetown coasts to a 70-51 victory. Unfortunately for the Hoyas, they get routed in the Sweet 16 by Ohio State.

O: My bracket will pick Georgetown-I need to pay off my college loans. 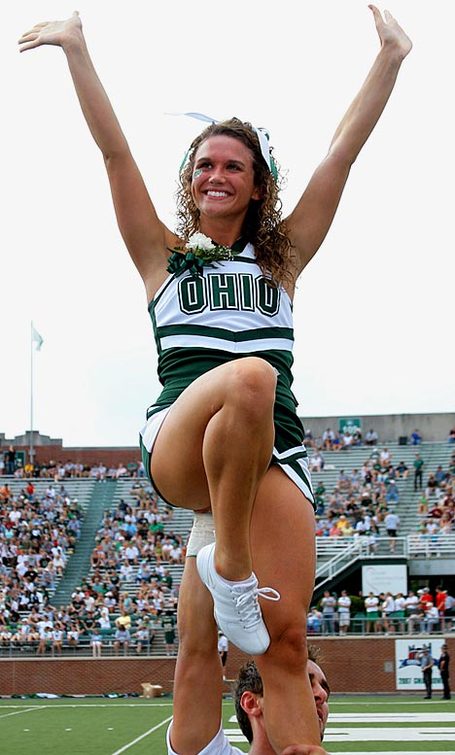