Share All sharing options for: NCAA Tournament 2010 - This is a Joke, Right? 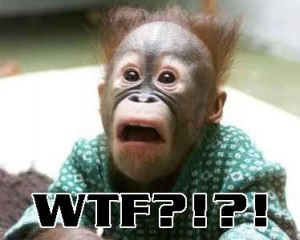 Here's what Kansas gets for being the best team in the country - a #2 seed with the best player in the country (Ohio State), a #3 seed that has beaten two #1s (Georgetown), a #4 seed that won the ACC (Maryland), a #5 seed that won the Big 10 and went to the finals last year (Michigan State), and a #6 seed that beat the other two #1 seeds (Tennessee).  Five of these six teams would CRUISE through the South region.  I cannot get over how stacked the Midwest is.  Kansas, Kentucky, Syracuse, West Virginia, Ohio State and Georgetown are the six best teams in the country right now.  3 of them are in the Midwest.  Not one is in the South.  I'm going to lose my mind.

One bright spot is this bracket is incredibly disrespectful to Georgetown.  As we saw this past week with Revenge Tour 2010, the Hoyas respond pretty well to adversity.  I can guarantee that not a single expert will pick Georgetown to get to the Final Four.  Band together and start wrecking house.  I hope the team is as enraged as I am right now.  My poor keyboard is getting pounded worse than that dude Manny Pacquaio destroyed last night.

With all that said, I still like this draw for Georgetown.  The beauty of it is there are no Big East teams there, and if you were paying attention the past week, it's been abundantly clear that the Big East is far and away the best conference in basketball.  Teams that rely as heavily on one player as Ohio State relies on Evan Turner have not done well in recent years, just look at Kevin Durant and Texas in 2007 and Michael Beasley and Kansas State in 2008.  Tennessee is an athletic team, no doubt about that, but they were 4-5 on the road, and lost their last game by 30 points.  Now for the elephant in the room, the Kansas Jayhawks.  They are clearly phenomenal, and I'm not going to say anything bad about them other than I think we match up better against them than we match up against Kentucky or Syracuse.

So let me get this straight.  Duke wins a weak ACC Conference, gets smoked by Wisconsin and Georgetown, and ends up with Villanova, Baylor and Purdue as their 2, 3 and 4 seeds.  Villanova has lost 5 of its last 7, and it is considered the 6th best team in the country by the committee.  Baylor has two quality wins this year - Texas and Texas.  Every game they were supposed to win, they won, every game they were supposed to lose, they lost.  And that's worthy of a #3 seed?  Purdue lost its best player and its last game by 27 to an 11 seed.  This is the route Duke faces?  What is going to make me laugh is when Louisville upends them in the 2nd round.  I've never, ever hated Duke or the NCAA more than I do right now.

Shocking to me that a team that goes 28-4 in the toughest conference in basketball somehow gets passed by Duke.  Syracuse has a pretty nice bracket, but it's not the South.  Then again, Louisville is in the South, so Cuse fans should be thanking their lucky stars.  Kansas State isn't that good, neither is Pittsburgh.  Vanderbilt always plays well in the tournament, but hard to imagine they give Syracuse much of a scare.

Like Kansas, Kentucky should be furious with their draw.  People that actually follow the game, also known as writers, had West Virginia as the fourth #1 seed, not Duke.  Instead, Kentucky draws them as their #2 seed.  Also, if you've watched Kentucky and West Virginia at all this year, you'd know West Virginia is a terrible matchup for Kentucky because they have long armed defenders and rebound the ball like animals.  Still, I see Kentucky getting out of the region on talent alone.  Demarcus Cousins and John Wall are damn near unguardable.

If the brackets shake out like I've predicted here, we would face Syracuse for a fourth time in the Final Four.  Also, had the brackets shaken out differently, I could have easily seen Georgetown, Ohio State and Kansas all getting there.  I could not have easily seen Duke, Villanova, and Baylor all getting there.  The travesty is that the top 4 teams in the country do not have a shot to get to the Final Four.  How the Selection Committee could look themselves in the eyes and honestly think Kansas State and Villanova were the 5th and 6th best teams in the country is beyond me.  How the Selection Committee thought that Duke had a more impressive resume than Syracuse is also beyond my comprehension.

There is no rhyme or reason to the committee's decisions either.  They disregarded Villanova's last 7 games, yet punished Syracuse for theirs.  I have no idea why Kansas State is considered the 5th best team in the country when their best win came against a #8 seed.  In the NCAA Tournament, you have to play good teams, I understand that.  Unfortunately a team that is not very good will be in the Final Four, and that has been decided before the first tip-off.  I'd write more, but my head is about to explode from rage.