Sleeping With The Enemy: Next Stop on Revenge Tour 2010 - Marquette

Share All sharing options for: Sleeping With The Enemy: Next Stop on Revenge Tour 2010 - Marquette

Revenge Tour 2010 rolls on tonight with a rematch against the Golden Eagles of Marquette in the SEMIFINALS OF THE BIG EAST TOURNAMENT.  As usual we here at THE GLOBAL PHENOMENON are bringing you inside the ropes, outside the lines, and straight upside your head to bring you everything you need to know about our next opponent.  Special thanks to Marquette blog Anonymous Eagle for providing the answers to our penetrating questions.  Be sure to check THIS OUT for our answers to their questions.  Fellas, this Coors Light is for you. 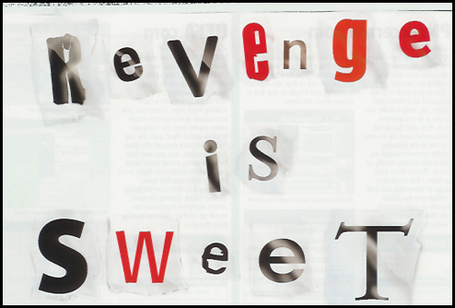 CH:  Who is this Johnson-Odom guy and does Georgetown need to fear him?

DJO is a JUCO transfer who originally hails from North Carolina. He was a junior college All-American and one of the last players to commit to Buzz Williams' '09-'10 recruiting class. He was hobbled by a bum wheel early on, but Coach insisted from Day One: this guy is instant offense. And he's been right more times than not.  You'll know early on whether Georgetown should be afraid of DJO. If he hits his first few shots, he'll keep gunnin', and he can put up points in a hurry. If his shot is off, he'll probably start deferring to Lazar Hayward and Jimmy Butler, and you won't have to be concerned.

Admit it: You're just happy to be in the semifinals and don't really care if you win or lose. The city of Milwaukee is more focused on the Brewers spring training camp and the resurgent Bucks.

We had four overtime games in about 10 days, followed by two BEast tourney games that went down to the wire. At this point, I'm just happy I haven't coded.And isn't Washington more focused on whatever marginal free agent Dan Snyder is going to sign to an 8-year, $100 million contract? He's gotta be like a junkie in an opium den with the uncapped year, right?

Casual Hoya has anointed this Big East Tournament Georgetown's Revenge Tour 2010 since the Hoyas have faced all teams that it hadn't beaten in the regular season (USF, Cuse, now you jerks). No real question here.

So ... you're rooting for West Virginia and Notre Dame in the other quarterfinal games, then? (Casual Note: Yes.)

More Sleeping With Marquette after The Jump:

Buzz Williams seems to have a lot of hair, yet always keeps his head shaved like a bald dude. Does he do this purely because his nickname is Buzz? Why is he nicknamed Buzz? Does he aspire to be the most famous Buzz? Even more famous than Buzz Aldrin and Buzz Lightyear? 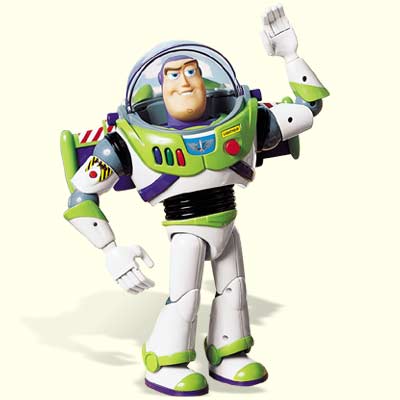 I've come for your women and children.  via www.my-family-fun.com

As a balding man, I was PISSED when Buzz grew out his hair earlier this year. Dude's not even a LITTLE bald. He'd have a glorious head of hair if he turned it loose and let it grow. I'm still upset about this.  Legend (and by "legend," I, of course, mean "Wikipedia") has it that Buzz got his nickname from "buzzing" around the basketball team at Navarro College. I don't know; I like your theory better.  Also: no one is more famous than Buzz Lightyear. He's a freakin' Space Ranger. Come on.

Marquette is now 8-8 in games decided by 5 points or less after starting out something like 0-5. What has happened to the team that has made it more effective as the clock winds down?

Damn, you know a lot about our team. Yeah, we're trying to figure that one out, too. Part of the cold start in close games was just dumb luck: we miss the front end of a one-and-one against WVU after leading the whole game, and Da'Sean Butler hits a prayer at the other end to beat us. Same thing against DePaul: miss the front end, some dude who's name I can't be bothered to remember hits a fall-away with a second left after Mo Acker tipped a pass right to him. Those things have evened out now, to some extent. We did everything we could to give away the games at Providence and at Seton Hall, but we got the bounces. Add in the fact that Jimmy Butler has stepped up and become the go-to option at the end of the game -- we didn't have one before, since Hayward can't really create off the dribble -- and that's the best answer I can give you.

How far does Marquette have to go in the Dance for this season to be deemed a success? Is making the Tournament enough for you?

I think, for almost everyone, making the Dance is enough. It's a broken record at this point, but whatever: we lost three 1,500 point (career) scorers after last year. We had one returning starter and about eight new faces. Then, in September, our freshman PG blew his Achilles and was seemingly lost for the year (he's getting about five minutes of run per game now), and, in December, our only other power forward quit the team because his (the power forward's) dad was pissed about how his kid was being used in the offense. Before the BEast season started, I penciled us in for 6-12. If we win a game in the tournament after going 11-7 in conference and winning a couple BEast tourney games, the season goes from "wildly successful" to "astonishingly successful."

Where does Buzz Williams keep his neck during games?

He stores it a lock box with Keno Davis' brain, so he knows it'll stay untouched and safe.

Will you guys continue to hit 15+ three pointers for the rest of the tournament? Is guarding the three something we should focus on in practice between today and tomorrow?

We'll keep taking 'em, but I think we'll be hard pressed to make more than 6 or 7 with tired legs. If things hold true to form, we'll probably hit a couple, then miss a whole bunch, then hit a couple more. If you get the timing down, you probably don't have to stand within 15 feet of our guys when they're running cold.

How do you see the game playing out? Final score prediction?

I'm almost always pessimistic about Marquette's chances in any game, but I just don't see how we contain GU inside. When it's the third game in three days for both teams, and we're shooting jump shots and you're getting 8-footers, that doesn't sound promising to me. Plus, the first time Marquette played Georgetown this year, we needed a nightmare game from Chris Wright to steal a win. I'm not confident that happens again. I'll say GU by 7, 63-56. (Is that seven?)

Finals, Here We Come!  via macroblog.typepad.com