Sleeping With The Enemy: SYRACUSE ARMAGEDDON

Share All sharing options for: Sleeping With The Enemy: SYRACUSE ARMAGEDDON

Oh, man.  Here we go again.  Georgetown versus Syracuse.  Hoyas versus Orange.  Good versus Evil.  Man versus Food.  The curtain to Act III of the biggest and best rivalry in the Big East rises at noon, but first here's another installment of our feature that brings you inside the ropes, outside the lines, and behind enemy territory to get you all the info you need to know about the Syracuse Orange.  Special thanks to Troy Nunes is an Absolute Magician, our biggest rival for Big East blog supremacy, for valiantly stepping up to the plate and answering our penetrating questions.  Be sure to check THIS for our answers to some of theirs.  Troy Nunes, this Coors Light is for you. 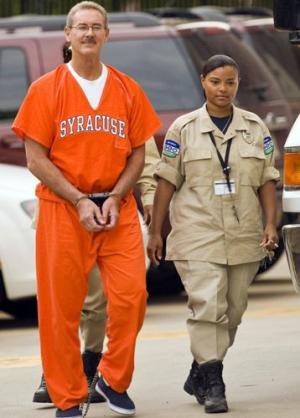 In prison they make you wear Syracuse garb.

CH: Syracuse had 34,000 strong for the big game against Villanova last month. I'll admit it looked pretty casual on TV and it was nice that you had Erin Andrews parading around the Carrier Dome, but why not just move the damn court to the middle of the Dome so that 50,000 fans could have attended? It's not like there's anything better to do in Cuse on a Saturday night!

It's a valid point. We've wondered for a while now why they don't give it a shot. Based on the initial feedback from the Nova game it sounds like it's something SU will attempt in the near future. The only person who seems to be against it is Jim Boeheim...and if anyone has the pull to put the kibosh on things...it's Jimmy. So we'll see. If not for Syracuse games, I think you'll start to see the move made for when the Dome hosts NCAA Regionals in the future. That's the way things are going in general.

What's it like to be ranked #1 and then blow it by losing to Louisville for the 2nd time in 3 weeks?

It was a bummer. It was awesome to be No. 1 and finally get that validation. By losing right away, it sends out the signal that we aren't quite ready for that kind of rep. True or not. Not to mention the fact that it's official...we can't beat Louisville. We hate you guys but at least we can beat you when the time calls for it. With Louisville, they've got some kind of kryptonite that we can't seem to get around. Maybe it's Pitino, maybe it's their three-point shooting, maybe it's their affinity for random bench players having career games against us...maybe it's all three. It's something all Syracuse fans are miffed about. Yeah, I said miffed.

More fun with Troy Nunes after The Jump:

If Georgetown would have pulled off that comeback against Cuse at Verizon, would any of your followers on Troy Nunes have killed themselves? 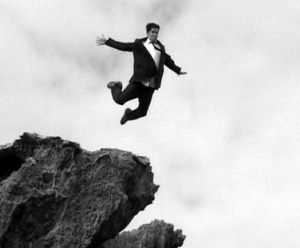 If Georgetown could have pulled off that comeback, it would have been really awesome.  via www.altergroup.com

Possibly. Not sure we would have had any suicides but I think a lot of habitual cutting would have gone on that night. Ten years in the future you would have been able to look back and chart an increase in the amount of self-immolating SU fans to that exact moment. We averted a crisis of epic proportions.

Andy Rautins is faced with a decision. A building is burning and three things are trapped inside - Leo Rautins, Eric Devendorf and his hair gel. Which one is he saving?

He can only save one? I mean, he's got two very chiseled arms...I'm sure he could grab at least two of those things. If he can only take one, it's the hair gel. Sorry, but if Andy's hair can't survive, no one can. If he can take two of them, I think it's the hair gel and Leo. Devo's old news...that ship has sailed (to New Zealand).

Any chance that Wesley Johnson returns for another year? Would it be that much of a paycut to go to the NBA?

No way. Especially once he gets the word from actual NBA folks that he's lottery material and not just the word of some guy with a mock draft website. We as college basketball fans can't possibly expect these guys to turn down those opportunities anymore. I'm sure he'll miss all the free cars and handouts from SU boosters but something tells me he'll make just enough to cover things. I'm sure you'll miss him.

We here at CasualHoya hate all things Cuse and particularly all things Boeheim. Save, of course, for the incomparable Mrs.  How's she look in person and will she show up at G&T for the next CasualHoya postgame party?

I haven't seen her in person, or at least close enough to make a judgment call. But as far as I can tell, no one has a bad word to say about her in any category. She may in fact be infallible. She doesn't do housecalls but if you have a regional product that serves the good people of Central New York, she's available for spokesperson opportunities. Inquire within!

Why do you guys make t-shirts to commemorate every little thing?

Will the 3rd time be the charm for Georgetown? How do you see this go-around playing out? Final score prediction?

I'd like to think that the Orange have re-affixed a chip to their shoulder after the Louisville loss and will come out firing on all cylinders. But I don't know. They'll have the crowd behind them, sorry about that, and they'll be fresh. So there's really no excuse for them to lose this one. I'm sure if anyone is motivated to beat SU however, it's Georgetown. And they've certainly had enough time now to figure some things out. It should be a great game. Still think SU wins, but, I expect fun times.

If that is the cost we pay for the chance to win a national title, I pay it gladly. 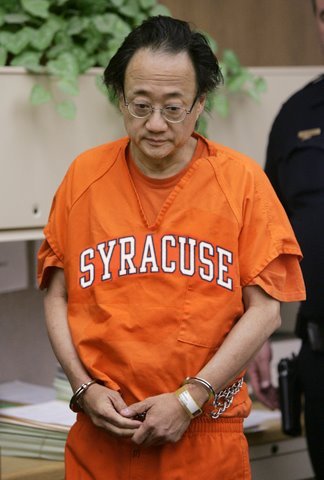