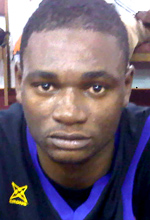 Moses Abraham, is set to pick a school in the next two weeks, reports Adam Zagoria.  The big man, who was formerly listed in the Class of 2011, but is set to graduate this spring has narrowed his choices to Georgetown, Indiana, Florida, Maryland, Tennessee and Kentucky.

(More after The Jump)

Abraham is has been very impressed with Georgetown.  In an interview with Zagoria, Abraham's advisor, Joe Boncore states:

"Georgetown has gone beyond what I would expect.  Coach Thompson Sr. made it a point to come see a lot of Moses' games. That's made a big impression. He's just a big basketball fan. He really likes Moses because the way Moses plays reminds him of Patrick [Ewing], defense, intimidation, clogging up the middle.  They'll [John Thompson III] play a game on CBS and all of a sudden the whole family's here a couple hours later. Ronny Thompson. They bring the whole family. They really seem like they want to take care of him."

Georgetown is considered the top choice for the services of the 6'9'', 235lb big man out of Nigeria.