Sleeping With The Enemy: Welcome to Louisville

Share All sharing options for: Sleeping With The Enemy: Welcome to Louisville

This feature would be a lot easier to write if our enemies over at Card Chronicle would be as good at blogging as their head coach is at paying players and bending women over tables in restaurants.  Unfortunately, we have just been alerted that we won't be getting the answers to our questions because the guys over at that blog have been too busy over the past week to get to them.  Too busy? In Louisville?  What, was the barn running out of hay?  Come on! 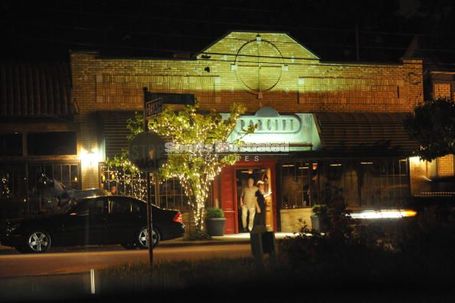 Where amazing happens.  via cache4.asset-cache.net

We here at THE GLOBAL PHENOMENON have been doing this feature for every single game of the Hoyas season, and there have been only two schools that didn't send answers to our questions.  The first school to earn our eternal disdain was Savannah State, though we chalked that up to the fact that they had probably just received the internet and/or never witnessed anything quite like the Phenomenon before and were scared.  But Louisville is a different story.  The folks at Card Chronicle responded to our inquiry last week saying they would be happy to participate, and yet here I sit trying to fill a blog post feature rooted in a back and forth Q&A yet I HAVE NO ANSWERS.  WHAT ARE YOU HIDING, CARD CHRONICLE!

More hatred for Louisville after The Jump:

Why no answers, Card Chroncicle?

Did you think we would uncover the fact that Edgar Sosa has seemingly been playing in the Big East for a decade?  Did you not appreciate that we were going to expose that Samardo Samuels is the bizarro Greg Monroe and his woefully disappointing college career has been largely ignored as a result of the scandals involing your head coach?  Was it that you simply couldn't come up with answers to our question explaining how it is possible that your two best players on last year's #1 seed in the Dance (Earl Clark and Terrence Williams) can't get any burn in the NBA?

The reality is that while the refusal to answer our questions has put you clowns right at the top of our 'People to Kill' list, it has opened up a new window of opportunity for THE GLOBAL PHENOMENON.  Rather than generate our own answers, we're offering the chance to our loyal readers to do what a few kids over at Card Chronicle who belong in the Conference USA couldn't.

Announcing a Casual Contest!
Loyal readers, you have seen our answers in the past so this time we leave up it to you.  Submit your best answer to any of the following Louisville questions; winner receives a free Casual Headband, which do not differ in any way from the other free headbands we give away.

1) Earl Clark and Terrence Williams have been huge disappointments in the NBA so far.  Do you think this has more to do with their particular situations in Phoenix and New Jersey or did Pitino’s system make them appear better than they really are?

2) On a related note, after cranking out some fairly solid pros at Kentucky, Pitino has struggled and cranked out duds like Reece Gaines and Francisco Garcia. He’s still bringing in a pretty impressive crew but has his shtick simply worn thin?

3) I am the Selection Committee.  Please use the paragraph below to convince me that Louisville should make the Dance.

4) Samardo Samuels was considered the #1 recruit in his class by some recruiting services, and is now projected as a borderline 2nd round pick, what gives?  Besides Samuels, are there any other guys on the current team that have been huge disappointments?

5) Do you think Rick Pitino's favorite Ludacris song is "What's Your Fantasy?" and was it playing during his restaurant romp?  Speaking of restaurant romps, if you were Pitino and could have a restaurant in Louisville shut down so that you and your significant other could ‘get down’, which would it be?

6) Will the male Nets fans in New Jersey need to start worrying where their women are next year?

7) What do you think of Derrick Caracter seemingly getting his life together at UTEP?  Did he not get enough chances at Louisville? It seemed like Pitino gave him every chance possible.

8) What started out as a father-son type relationship with Pitino getting Cal hired at UMass has clearly progressed into a pretty ugly sibling rivalry in the same state. Yet while Pitino has stayed trim with some, ahem, extracurricular fun, Cal appears to have packed on a good 30 pounds. Who would win in a no holds barred cage match?

10) Does Pitino like that white suit because it makes him look less fat?

11) As a Kentucky resident, how does it feel to know that nearly 100% of your tax dollars are being spent on Coach Calipari’s salary? Or that the remainder is being split between John Wall and DeMarcus Cousins? Is there any justification in the world for the NCAA not disbanding Kentucky’s program?

12) How do you see this game playing out?  Final score prediction?

Post your answers to any of the above in the comments section below.  The winners will be announced in the Casual Awards tomorrow after we thrash these hayseeds.

And while you're gearing up to answer those questions, here's a refresher course in order to whet your appetite.

LOUISVILLE, Ky. (AP) – The woman accused of trying to extort Louisville men’s basketball coach Rick Pitino approached him in a restaurant six years ago, and the two had sex at a table after closing time, the coach told police.

Two weeks later, the married father of five gave Karen Sypher $3,000 after she said she needed an abortion and didn’t have health insurance, according to a summary of Pitino’s July 12 statement to police. His attorney said Wednesday that the money was to help her get medical coverage, not specifically to pay for an abortion.

University of Louisville President James Ramsey expressed surprise at the new details in the scandal surrounding the coach, a staunch Roman Catholic whose contract includes dishonesty and "moral depravity" as grounds for firing.

"Several months ago, Coach Pitino informed me about the alleged extortion attempt. I’ve now been informed that there may be other details which, if true, I find surprising," Ramsey said in a statement, adding that his thoughts were with the Pitino family.

Pitino told police he had been drinking at an upscale Louisville restaurant called Porcini in August 2003 when Sypher approached him and asked the coach to call her sons with words of encouragement. The coach obliged, he said.

Later that night, after the restaurant cleared out, the owner left Pitino his keys and they had sex at a table near the bar, according to statements by both Pitino and Sypher.

She said Pitino forced himself on her. But the 56-year-old coach denied Sypher’s allegations that he raped her that night, and again several weeks later, saying she came on to him.

The two apparently weren’t alone in the restaurant: The police documents, first reported by The Courier-Journal of Louisville, say a Pitino assistant was there during the encounter. The former executive assistant, Vinnie Tatum, said he heard "only the sounds of two people that seemed to be enjoying themselves during a sexual encounter," according to a statement he gave the FBI that was included in the police report.

Sypher reported the rape allegations to police last month, but Kentucky authorities said there wasn’t enough evidence to prosecute. Sypher, 49, has pleaded not guilty to federal charges of lying to the FBI and trying to extort $10 million from Pitino.

Sypher’s attorney, James Earhart, said Wednesday morning that he hadn’t yet talked to Sypher about the release of the police documents.

Pitino told police that about two weeks after he met Sypher – then named Karen Cunagin – she called to say she was pregnant and that he had to be the father.

According to the report by Sgt. Andy Abbott, commander of the Metro Louisville Police sex-offense unit, Pitino later suggested that the two meet at the condo of the team’s equipment manager, Tim Sypher. She alleges the second assault took place at the condo, but Abbott said records indicate that Pitino was in California at the time.

Karen Sypher first met the manager that day and later married him.

Pitino said she told him she was going to have an abortion but didn’t have health insurance, so he gave her $3,000, according to the report. She told police the procedure was done in Cincinnati.

Pitino’s lawyer, Steve Pence, told The Associated Press that the coach believed the money was for insurance, not an abortion. Pence said Pitino asked Sypher how much the insurance would cost and she told him $3,000.

"The way this has been reported in the media is not accurate," Pence said. "The coach has not done anything illegal."

Despite Ramsey’s surprise at the new details, the school’s athletic director, Tom Jurich, said in a statement that "Coach Pitino has been truthful with us about this matter all along and we stand by him and his family during this process."

If Pitino wasn’t forthcoming with his employer, the consequences could be more severe than negative headlines.

His contract, which runs through 2013, lists as possible causes for termination: "Employee’s dishonesty with Employer or University; or acts of moral depravity," as well as "disparaging media publicity of a material nature that damages the good name and reputation of Employer or University."

Pitino is a dedicated Roman Catholic who has brought a priest who’s a close friend and spiritual adviser on team trips.

Abbott asked Sypher during one interview why she waited until after she was indicted to report the rape allegations.

She gave varying answers, according to transcripts, saying she wanted to forget about it, that Pitino threatened her and finally that "they kept throwing crumbs to keep me happy."

Abbott asked Sypher why she was coming forward only after she was charged.

"Because … where we are, it seems like retaliation," Abbott said.

"I know it does," Sypher responded.

Tatum, the former executive assistant to Pitino, told the FBI he was in the restaurant during the first encounter but he didn’t see anything. A message Wednesday for Tatum at his office in the university’s basketball practice facility was not immediately returned.

The case became public in April when Pitino announced that someone had tried to extort him. Pitino said he reported it to the FBI, and Sypher surrendered to authorities a few days later when she was named in a criminal complaint.

University sports information director Kenny Klein directed all inquiries to Pence. Pitino finished his eighth season with the Cardinals, leading them to a 31-6 record and the Big East regular-season and tournament titles. The Cardinals lost to Michigan State in the regional finals of the NCAA tournament.

Tim Sypher was Pitino’s personal assistant with the Boston Celtics from 1997-2001, then followed the coach to Louisville in 2001. He and Karen Sypher are currently going through a divorce.

The criminal complaint said Tim Sypher brought Pitino a written list of demands from his wife, including college tuition for her children, two cars, money to pay off her house and $3,000 per month. The demands later escalated, the complaint said. Tim Sypher has not been charged.

Besides Louisville and the Celtics, Pitino coached the New York Knicks from 1987 to 1989 and the University of Kentucky from 1989 to 1997. 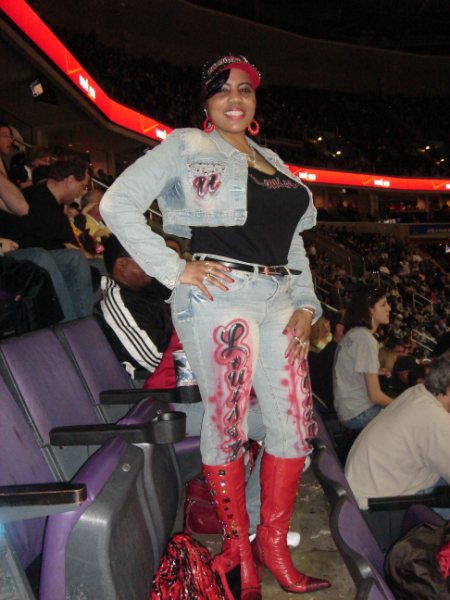