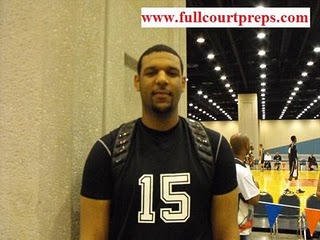 Remember Maurice Walker?  The 6'10'' bruiser from Canada?  The one that we all hoped and prayed would commit to Georgetown and cried after he had reportedly decided on Pitt.

Well Adam Zagoria is reporting that Walker will trim his list later this week.

"My thoughts are that Maurice  will probably stay in the East somewhere," Craig said. "As parents, we’d rather he play in the East side of the country in the Big East. We know we can hop on a plane and be there in an hour."

"Georgetown, we’ve been interested as well. They’ve show some interest. The coaches from Georgetown have gone up a couple times," he added.

In a scouting report, Rivals states:

At 6-foot-10 and 270-pounds, Walker casts an imposing shadow on the basketball floor. A big man with good hands and solid footwork, Walker has focused on getting in better shape and being more consistent in his time at Brewster.

He would be a fine addition to a team desperate for some big bruisers in the paint.